The fall weather turned into winter really quickly this year.
Normally by now the calves would have been weaned and shipped,
however we got a bit behind with this chore.
I made the decision that it had to happen...immediately.
So, I kept Jess, my right hand girl when it comes to cow wrangling,
home from school to help me. 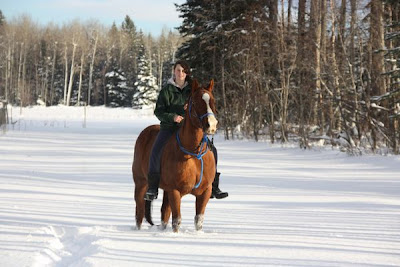 Today was a perfect day to do this.
The weather was sunny and mild and it actually warmed up enough to be able to work without coats! 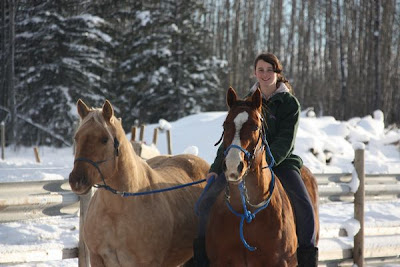 I have the cows pretty well trained to come when called, so I called them up to the gate and let them drift over from the winter pasture into the horse corral.
Here we have some pens so that we can sort and handle the cattle.
No chutes or tubs, just two pens.
﻿﻿ 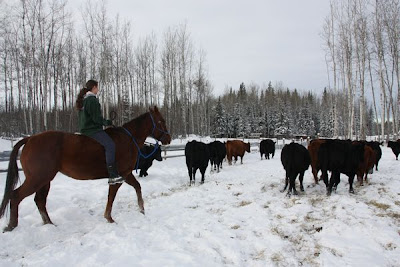 Here we quietly sorted the cows from the calves.
I spent about 20 minutes teaching the calves to work with a border collie (Lad).
Lad has the right amount of pressure on these young animals, he does not rile them up.
He calmly stands his ground,
corrects when they break from the group (or want to sniff him).
When they return to the group he backs off and leaves them alone. 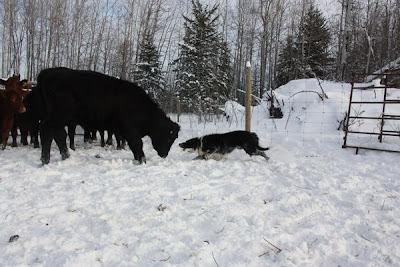 and release,
sometimes its a standoff! 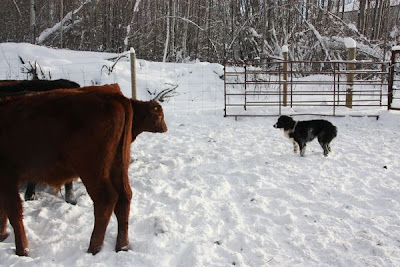 Once the calves figured out what Lad wanted, they stayed nicely bunched up in the corner.
This allowed me to walk in among them to squirt  dewormer onto their backs.
No stress and no fuss.

Once the calves where done, we dewormed the cows in a similar manner.
Convincing the cows to leave their babies was a little more of a chore,
but between Jess on Loretta and my Lad it was done in no time.
We returned the cows to the winter pasture.
While we were weaning we also decided that it was time for Crackers ( Roy's colt) to be weaned.
She is now 1.5 years old and still drinks from mom Qtee.
﻿

Qtee however is ﻿ a very old horse and she could not handle this big baby drinking from her.
So, we decided to put the two colts (Jess's black Ace and Crackers) in with cows to force this weaning of crackers.
The colts were not amused!

They horses  were  not quite as calm as the cows.
Once we let them go they went racing and bucking through the corral,
They thought it was a party.

Here Ally is having some fun.. 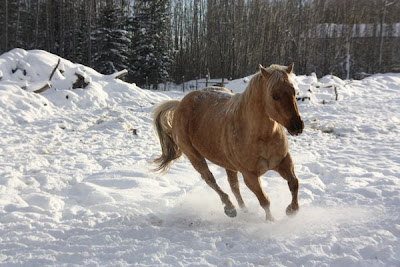 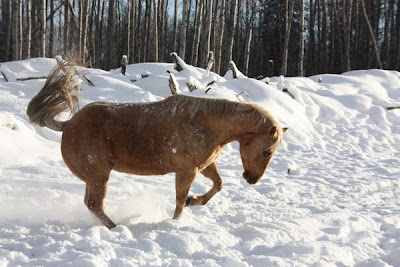 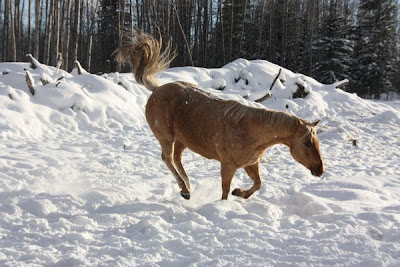 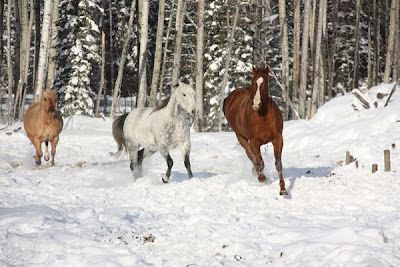 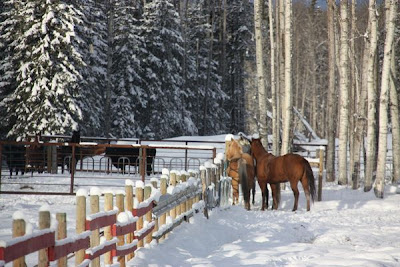 After this chore, we had one more job and that was to pen up three old breeding bulls.
I had been working with them these last few days, working them with a dog and getting them to come
towards the catch pens. 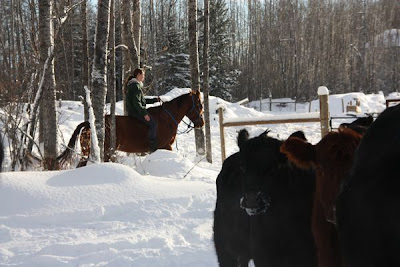 Today the bulls got loaded and headed off to the auction market.
So, all in all, a good day!