Last weekend, thie kids had their 4H horse achievement day.
Roy really knows how to "bring it", he aced his showmanship and trail course and was second in the horsemanship. 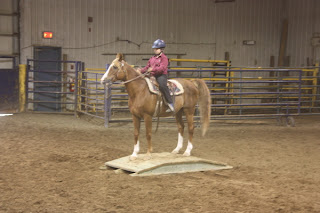 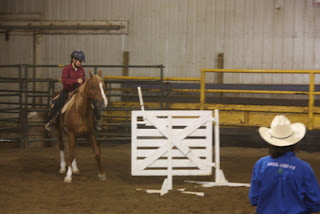 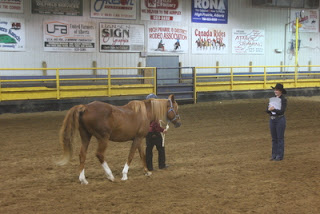 Jess did a high speed precision trail course, and had a second
but her Loretta was a little on the excited side to do well in the other classes... 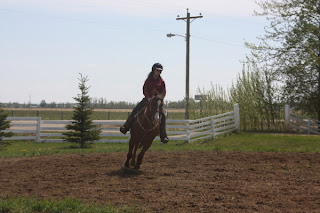 But the most important of all,
they had fun,
love their horse
and had another good year in the 4h horse project! 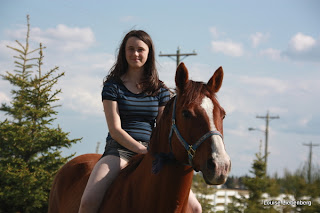 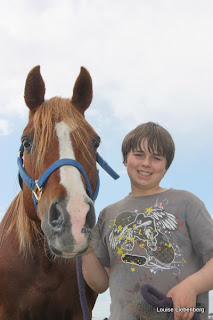 After all the showing, the 4H club went out on the Sunday for a nice trail ride and a wiener roast afterwards.
The parents joined the kids on the ride and a nice day has had by all. 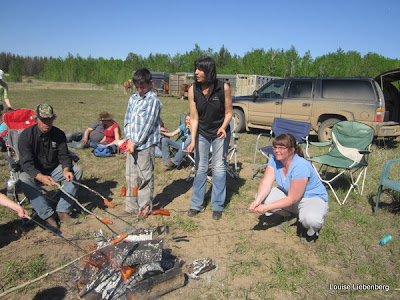 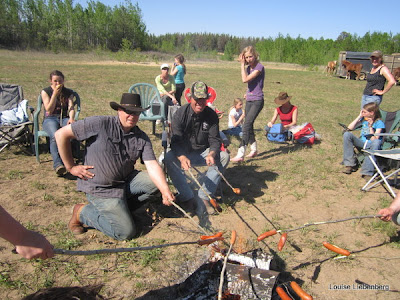 And this concluded the horse project.
We are now getting ready for the Beef and lamb achievement day this Saturday!
Posted by Louise Liebenberg No comments: 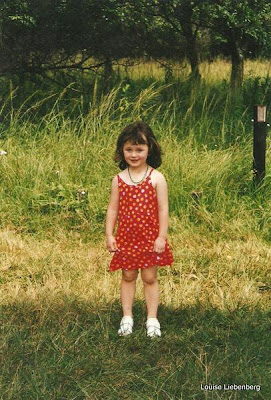 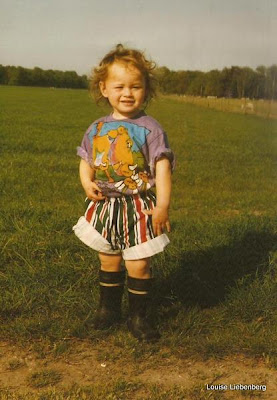 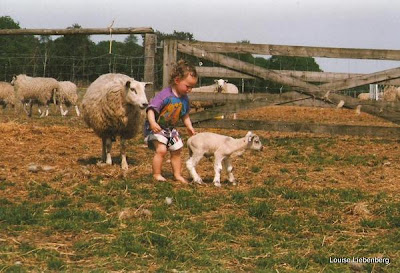 To this beautiful,
friendly,
happy,
no issues,
talented,
outgoing,
at times a bit lazy,
sometimes a bit stubborn
young lady.

We are proud of her!
Happy "sweet sixteen". 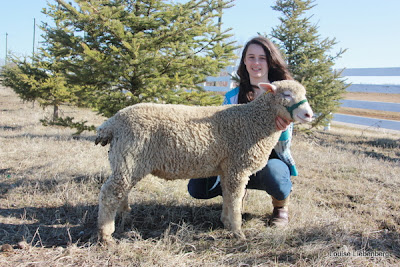 The big dogs are in limbo.
At the moment nothing really exciting is happening.
Everyone is waiting for a bit more grass growth before they can head out into the bush and spend the entire summer chasing anything from squirrels to bears that are potentially endangering the sheep.
However, right now, all they do is hang out.

The biggest news is that our Molly is not ours anymore.
She has moved to Saskatchewan to go and help keep the sheep of Tara safe.
I was somewhat embarrassed as she had decided that she would do a total "blowing of her coat" just before Tara and Tacy came and collected her.
She looked rather sad to say the least....
I have heard that she has settled in.

The other news is that I never really formally introduced the pup we kept from the litter of Vuk and Snowy.
Well, the lad is called Shadow.
He is calm, quite and really easy going. 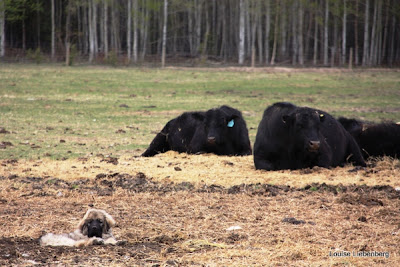 On the left is Shadow (the big boy) and on the right is Zina. 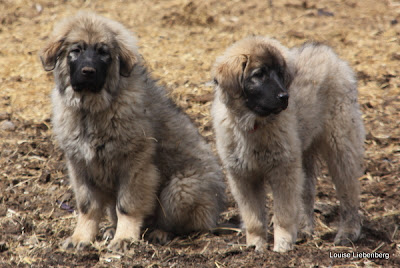 His sister, Zina (who is sold but staying a bit longer is):
a live wire
Houdini
an excavator,
naughty
she reminds me of her daddy...

As Zina felt that she needed the whole ditrict as her playground, and kept enticing dear Shadow to go on little jaunts down the road.. I desperately needed to intervene.
Due to a some time constraints I could not deal with her escaping directly, so she spent a couple of days chained in the sheep pasture.

Last weekend I had a moment to:
Place an electric net in front of the page wire
run an extra hot wire over top
fortify the gates
place some hotwires on the fortified gate.

After that I made a sprint to the barn so that she would not associate me with her escapeing escapades.
Well, two remiinders and since then she has been as good as gold.
She has stayed in the designated pasture and now finally even seems content to be there. 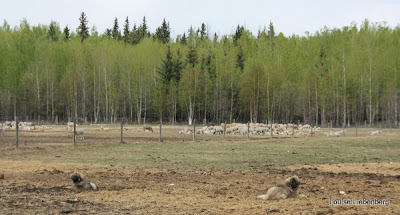 She and Shadow are now in the boys pen.
They have some rams, some bulls, a stud colt, Vuk and Lucy for company.
This will be their home for the next few months.

They are in that really goofy stage, all the puppy cuteness has gone,
all thats left is gangly legs, big heads, wiggly bodies, funny faces.
And, as you can see these two are fairly attached to each other. 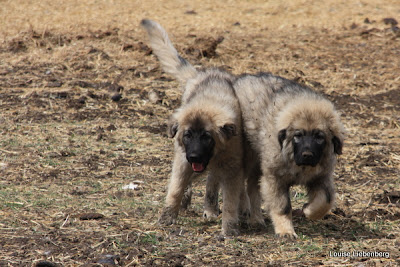 I am sure you will hear alot more about these two future guardians.. 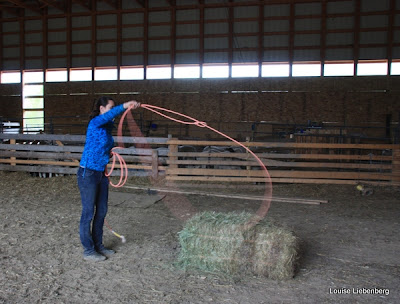 This week Jess, Barbara (our exchange student) and I had our first roping lesson from a local man here that has taught many kids and adults to rope.
We learn't the basics on how to handle the rope, technique and spent some time roping a bale of hay.
This is all  the ground work, and we need loads of practice still before we can start to do this from a horse.
It is loads of fun to do. 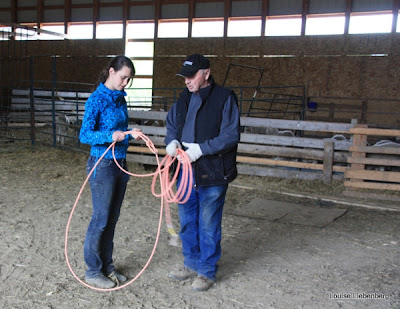 In between this all we are seeding, lambing and getting into the spring of things! 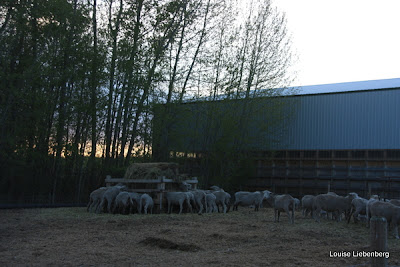 Perhaps the best news this week is that our internet satelite has been upgraded and we should have real high speed internet now!
Posted by Louise Liebenberg No comments: 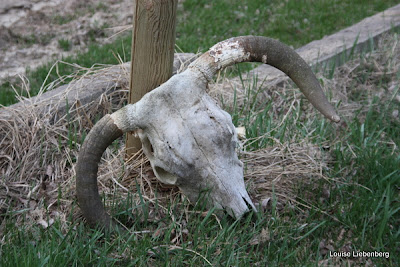 The kids and I were out riding in the bush when we came across this dearlt beloved departed cow.
As I have a somewhat morbid facination for skulls, I just knew that this gem had to come with me.
However, were were along way away from a road or home so the decision was made to pack it on on the horses.
Smokey did not want to carry any dead animal and was threatening to have a meltdown.
So, Jess and Loretta got the job to haul this one all the way home.

Tonight, Barbara and I decided to go scouting for wildlife.
It was not really successfull, so I took a photo of the neighbours broken down tractor, in his field...
In the distance was a small group of white tail deer, but where not close enough for a picture. 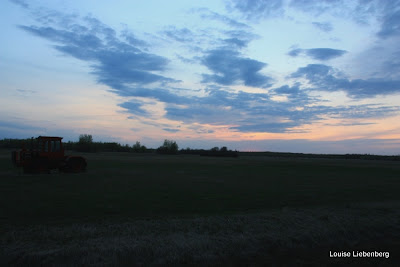 I decided to end the hunt for wildlife with a dramatic sunset. 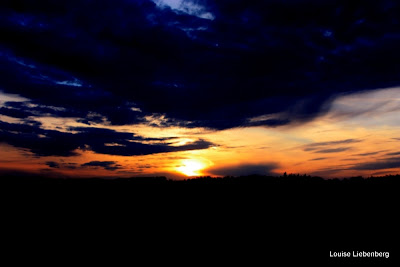 Shearing the sheep is always a milestone in the yearly sheep calender!
We do not want to do it to early in the year as the sheep could get cold and are horrible to shear.
We do however, also like to get it done just before the grazing season starts.
So usually, the first week in May suits us best.
This year we did not feel like shearing for 4 days in a row, so we decided to hire in two extra shearers to help get the job done.
Barbara, Jess and I were kept busy with packing wool, sorting and gathering sheep, seperating out the lambs, cleaning the shearing floor, feeding everyone.

It was a good shearing this year!
This is Travis, he even took the time to teach Jess how to shear a sheep. 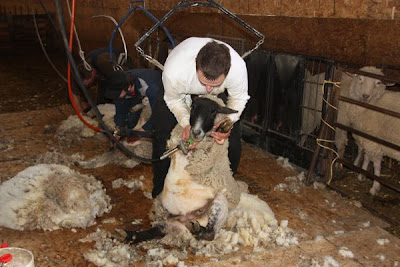 This is Jess trying to shear a sheep ( this was not successful..) 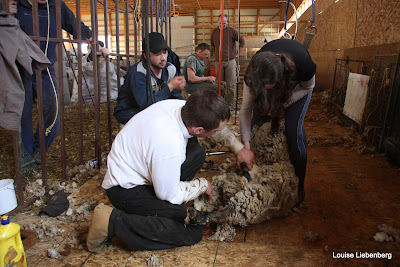 The shearing gang:
Dwayne, Ruben, Travis and at the back is Barbara. 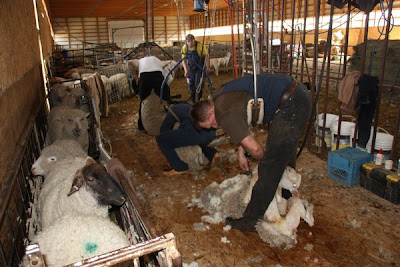 It is nice to see the sheep all cleaned up and ready to go!

I am sorry,
I have been a little overwhelmed lately with all sorts of jobs and activities and have just not had time to blog.
I missed you.
Our evenings are long again, at 10 pm it is still light and that means all sorts of outdoor activities take place until late..

Yesterday, we went and visited the Shady Lane  Hutterite Colony.
They were gathering up their cattle,
sorting and vaccinating.
Later, they were going to start branding
however we had to leave before then.

My favorite picture of the day is this one:
After a few long, busy and hectic days it was nice to take break, look at some more cows and visit a bit.
Next week will be hectic again, with sheep shearing, farrier,articles and our normal day to day work.
So, take a moment and enjoy these pictures from the Colony.