Faithful to the end..

Unfortunatly,
when you have livestock,
you also have deadstock.
This ewe died one night after bloating on alfalfa.

Lucy guarded her body from the ravens and other scavengers﻿ until I removed the ewe. 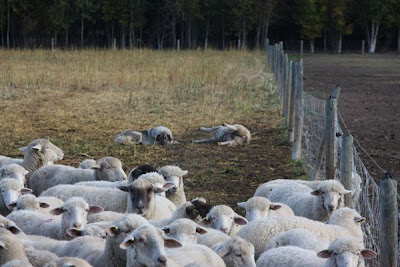 Faithful and dutiful to the end.
Posted by Louise Liebenberg No comments:

The orphans are doing very well.
They are now 6 weeks old and eating puppy food﻿.
They have moved to the sheep barn and are now interacting with the sheep.


I hope I have the names right. I can recognize them well when they are running around, but looking back at the photo's it is way harder to recognize them again!
Posted by Louise Liebenberg 2 comments:

I am in a dilemma which puppy pics to post first..

﻿﻿
Posted by Louise Liebenberg No comments:

Finally, I had some time to post some puppy pictures.
These are just group shots,
the individual shots will follow...

We try to teach the pups from a young age to be aware of cougars... 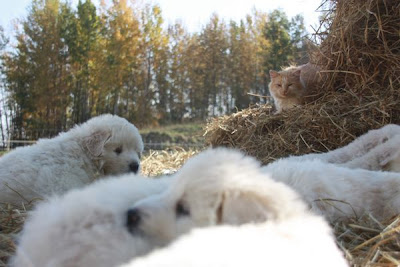 First day out for the White-ties.. 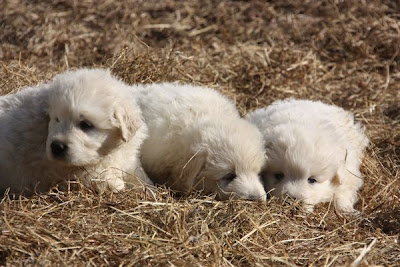 and for the Blackies.. 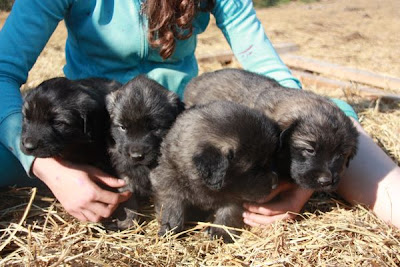 Does anyone have pity on the cat? 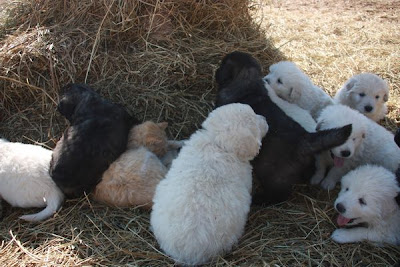 A group barnyard kind of pic...
I must admit that the lambs were terrified. 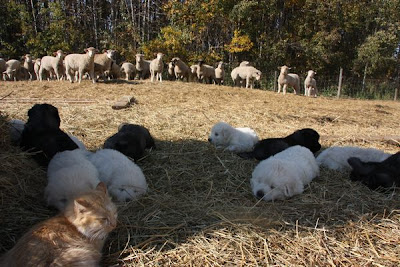 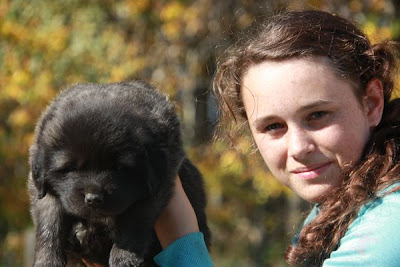 Hope you had a great weekend.﻿
Posted by Louise Liebenberg 3 comments:

I think I am in denial,
even though the evidence is overwhelmingly clear..﻿ 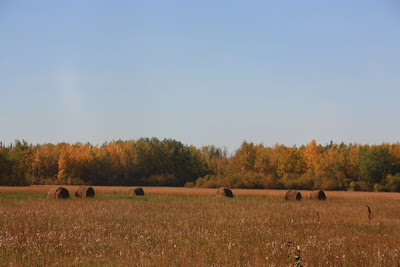 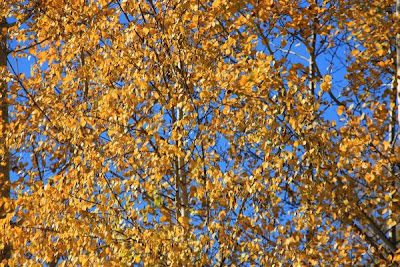 Sometimes we need hindsight to clarify a situation...

﻿﻿
Our sheep have been grazing in a very wooded area on our ranch.
We have Fena and Lucy out with the ewes during the day.
At night we night corral the sheep,
this  means gathering up the ewes from  the bush and taking them to the night corral every evening.

Sometimes the sheep are waiting to come home and other times we need to go out and gather them up.
When we go to gather them, the sarplaninac dogs always come along for the walk,
while the border collies do the work.
They love the walk and the company,
and so do I!

A few days ago, I noticed that both Fena and Lucy were interested in a certain spot in a brush pile on a  sand embankment.
I made a mental note of this, but did not pay further attention to them.
We gathered the ewes and headed home.

The next morning Roy joined me on the walk to take the ewes back out to graze in the bush.
As we opened the gate both Fena and Lucy raced in and went back to the same spot they were interested in the day before.
They were pretty excited so,
Roy decided to go and look at what  the dogs were looking at.

He called to me to tell me that the dogs had found a hole and a fairly long tunnel into the embankment.
He was also pretty enthusiastic about this "find"
So, Roy, being a curious young lad, peeked into this den..
" Mom" he called, "there is a sheep in this hole"
What???
" is it alive?" I asked,
as thoughts of a predator dragging  this poor sheep down that hole crossed my mind.
"Yes, it is alive" he called back.
Fena and Lucy were now bouncing around like two pups.
So, I crawled down the hole and grabbed the hind leg of this ewe and pulled her out of this hole.
She was all dirty, hungry and thirsty but was otherwise ok.

As, I released the ewe, both dogs run up to her, gave her a good sniff and seemed very happy with themselves.

In hindsight, the dogs had indicated to me the day before that something was not right.
I, had just not paid enough attention to the details and subtle body language.
Had, the dogs not shown us, we would never had known that this ewe had crawled down this tunnel and was unable to back out of the tunnel.

Good dogs, you can get a ride home tonight...

Here is a well made nice short film about guardian dogs:

Have a nice day
Posted by Louise Liebenberg No comments:

We are looking for someone to help us with our winter lambing. 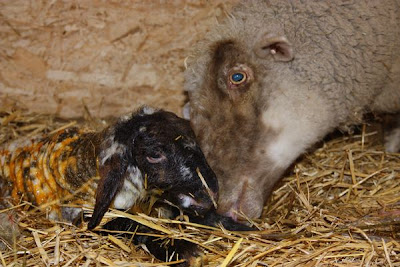 We lamb from Christmas through to the middle of January (3 weeks)﻿.
We are looking for additional help in this period to care for the newborn lambs, feeding, and bedding.
Additional work will also include looking after the other animals on the ranch.
Even if you do not have experience and you would be interested, let us know.
We can train/teach someone what they need to know. 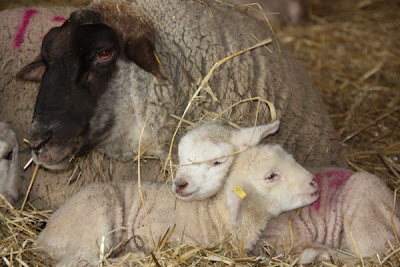 The perks of the job is of course:
freezing your butt off,
night shifts
and hard work.

The downside is that you may get to see northern lights... 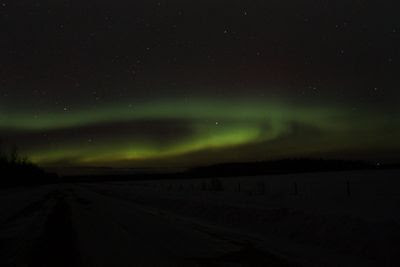 AND....
We are also looking for someone who wants to help us with haying next summer.
We have about 1200 acres that needs to be hayed.
The work entails many hours on the tractor, with fantastic views and wildlfe sightings.
Of course it is mostly work and a little bit of play... 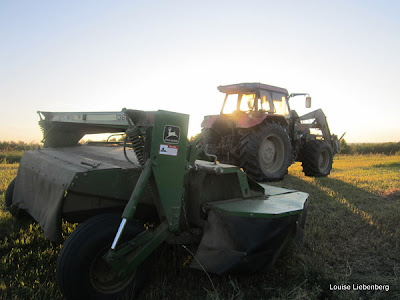 Meet Snowy and Beli's kids.
The orphans are doing really good.
The same applies to the photographic quality of these pups.
These are not studio, picture perfect baby photo's.
I apologise for all the puppy porridge in their fur and on their faces... 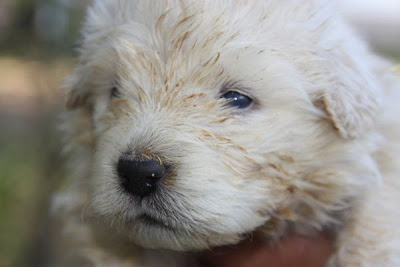 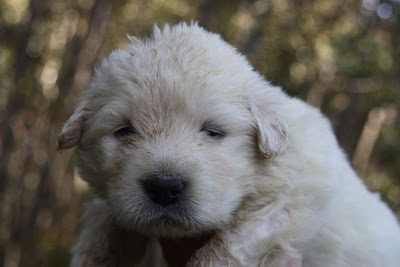 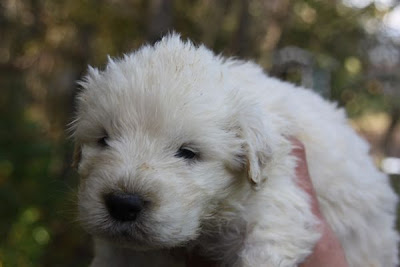 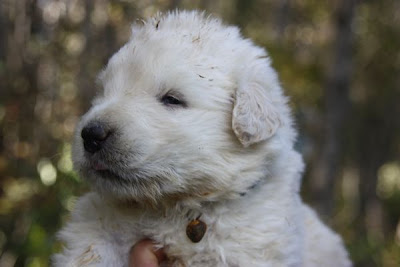 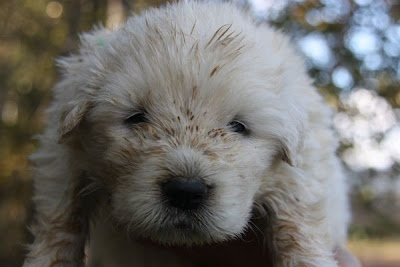 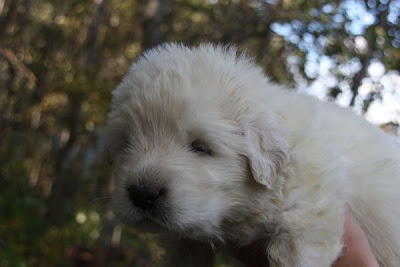 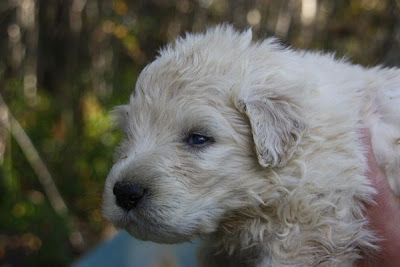 Four of the orphans have found new homes,
we still have two boys and one girl available from this white sarplaninac litter.﻿
Posted by Louise Liebenberg No comments: