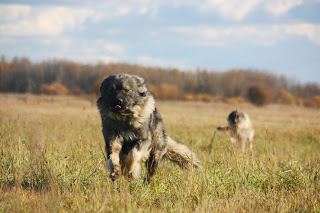 Written for The Shepherd's Magazine

With the world-wide shutdown and stay-at-home orders due to the COVID-19 virus, many people are faced with isolation in their homes, I hear plenty of rants, complaining and general feelings of frustration. This is somewhat unfamiliar to me and I am sure the effects of the stay-at-home order is not something many ranchers are struggling with; our way of life is one of self imposed isolation, alone time and we are accustomed to having our freezers full and general supplies (in bulk) at home. We are accustomed to life without too many restaurants, nail salons and shopping malls.  Life as we know it, might not changed much, ewes are lambing, cows are calving, and we are preparing for the upcoming growing season. We do, however feel the economic repercussions of this shut down, lamb and cattle prices here in Canada have dropped, as has demand. People are nervous and do not want to spend money on anything they feel is a luxury. We cannot simply shut our doors and stay on the couch, ranchers and farmers are deemed an essential service, we need to keep moving forward as lambs are coming, crops will need to be seeded and fences repaired.
In this article I am going to focus on some interesting developments in the use of livestock guardian dogs (LGD) around the globe. The use of LGD is constantly evolving and becoming more expansive. Traditionally their use was limited to shepherds in remote areas solely for the protection of their flocks. The dog’s roles were to primarily be a guard dog to the flocks from predators and sometimes as guard dogs to protect the villages, camps or caravans of the more nomadic people. The use of LGD was pretty much a “forgotten” tool due to the change in how sheep were being raised and to the extirpation of large predators from many regions of the world.  During the late 1970’s and early 80’s an interest for the use of these dogs in North America began to emerge. Researchers wanted to find better ways to manage coyote predation and started to explore how effective LGD could be in North America.

In Western Europe, traditional shepherding made way for stationary, fenced in pasture systems and as the wolf had been extirpated from many of these countries, the need for LGD dwindled. In the past decade,  interest for these dogs has resurged as the wolf has made a comeback (due to the protected status of the wolf) and it is now moving/expanding back into countries that have not seen wolves in hundreds of years.  Obstacles livestock keepers face include, learning how to work effectively with these dogs,  how to integrate LGD into an urbanised, highly populated  agricultural landscape, keeping the public safe in places where the  LGD and the general public interact, shared land use, how to educate the public about these dogs, dealing with dog and human aggressiveness, traffic, fencing issues, nuisance complaints, litigation and welfare matters are all issues that need examination. These obstacles are generally non-issues in traditional shepherding countries.
With this resurgence in interest, it is not just the large sheep ranchers using LGD, interest from smaller homestead type operations has increased as well as demand for protecting non-traditional type of livestock such as poultry, horses and pigs, exotic animals such as llamas, alpacas and semi domesticated species such as reindeer.


It is interesting to watch this evolution of LGD use taking place, the next big shift has been utilizing LGD in conservation projects. From protecting farm animals to now protecting endangered wildlife!  One of the first, and best-known projects  is the Cheetah Conservation Fund in Namibia. The thought process is, if the ranchers would lose less livestock to cheetah, then the farmers would be less inclined to kill the cheetah, thus helping to save this endangered species. The positive part is that farmers are satisfied with the job these LGD are doing in reducing predation (including predation from other predators such as the jackal) and this results in fewer cheetahs being killed. A win-win situation.

Another well known project where LGD are used for wildlife conservation is the Little Penguin project in Australia. In 2005 a project was started to bond Maremma sheepdogs to poultry with the goal of being placed on an island to protect Little Penguins from fox predation.   This small island was home to a colony of Little Penguins, the colony numbers were collapsing due to fox predation (at low tide the foxes could access the island and would damage the nests, eat eggs and kill the chicks) and human disturbance. This resulted in the decline of the colony almost to the point of no return, despite alternate measures to protect them.  Dave Williams was key to pioneering the project to use LGD on this island to help prevent fox predation. Although this project has had its fair share of challenges to overcome, the Little Penguins have increased in numbers and no birds were lost to foxes while the dogs were on duty. The obstacles the project faced with the LGD included things like the dogs leaving the island at low tide and some pups roughhousing/killing the Little Penguins. Each problem was perceived as a challenge and solutions were sought. E-fencing was used to keep the dogs on the island and more attention was given to the bonding and habituating process. Dogs were replaced or removed as needed.  Dave Williams reflects; “No one had done anything vaguely like it before. It’s an evolving project. We were constantly having discussions about how we could do things better.” This project garnered so much media attention, that in 2015 a film was made about this project, it was named after one of the Maremma dogs used in this project, his name was Oddball.
Dave Williams has since moved on from the Little Penguins and is now involved in a similar project where he supervises another LGD program for guarding Australasian Gannets, a large seabird. The Little Penguin project continues.
Other research projects that are being undertaken in Australia include investigating the effects of LGDs on foxes, and consequent survival of reintroduced eastern barred bandicoots. For those who do not know an eastern barred bandicoot is a small rabbit sized marsupial. It almost became extinct due to predation by foxes, cats, and land clearing practices. The conservation of this little animal depends solely on captive breeding and reintroductions back into the wild. LGD could play an important role in keeping foxes and cats out of the environment where these bandicoots are reintroduced, thus fostering the survival chances of the eastern barred bandicoot.

Another evolving use is investigating if LGD could play an integral role is in the restoration of habitats that are over pressured by herbivore grazing.  The researches in this new project intend to study things such as movement, browsing and foraging behaviour of deer and Eastern grey kangaroos, with the goal of restoration of grasslands, riparian areas, woodlands and wetlands.  The researches want to monitor what effects the LGD will have on these herbivore species, and how vegetation responds to changes in herbivore abundance and behaviour. The research will include exploring the effect that LGDs have on the distribution and numbers of grey kangaroos within an agricultural landscape. If LGD can keep fragile areas from being overgrazed by herbivores it could allow for more natural restoration of these habitats.
We know from research that LGD can also play a role in disease mitigation, studies have shown that LGD are effective at keeping deer away from cattle. Bovine tuberculosis (TB) occurs in wild white-tailed deer and have been implicated in transmitting the disease to cattle. With LGD keeping deer away from cattle and, indirectly away from cattle feed, the potential transmission of the disease is reduced as the deer and the cattle did not have direct contact. LGD could also provide a viable biosecurity tool for smaller cattle operations within this context.

Not only do LGD protect livestock, they are also exhibit strong territorial behaviour, LGD have been very effective on our own operation in keeping elk away from our winter feed. The Alberta government has programs and subsidies in place to help ranchers build fences to protect their hay from elk and deer predation. Our LGD have been effective in chasing elk away from our hay bales and ensuring that the elk and deer are kept away from our plastic covered silage pits. Deer and elk walking over the plastic, causing damage results in spoilage to the feed. This is serious economic loss for our operation.  Having the dogs out in the pastures and around the feed yards, has meant we have not had to invest in 8-foot-high elk fences to protect our winter feed. I have heard of programs where bee keepers are  using LGD in bee yards to deter bears and a friend of mine uses LGD to protect her chained up racing sled dogs from predators and other large wildlife.


Finally, as the use of LGD evolves  and becomes redefined in some areas,  the biggest, singular positive advantage to using LGD is the mental peace of mind we have. We can sleep a bit easier knowing our livestock are safe. We feel personally protected having our dogs on the ranch, they accompany us when we head into the bush where wolves, bears and cougars live. We feel safer knowing they are an early warning system and help reduce the chance of us bumping into a bear or moose.  Having the LGDs on the ranch provides us with a sense of security from 2 and 4 legged intruders.  The gentle nudge of their head in my hand and companionship during the daily rounds is perhaps the greatest perk of them all!


Posted by Louise Liebenberg No comments: