The strange case of the Romanian Livestock Guardian dogs

When wolves start systematically targeting livestock guardian dogs (LGD),
then something strange is going on.
When a wolf kills a dog in the USA, it almost always makes the news headlines.
(Wolf Kills LGD)


The anti -wolf groups utilize this to prove how invasive and evil wolves are, the ranching community use this as an example of how helpless they really are in keeping their animals safe from predators, some, animal rights lobbies use this to prove how cruel it is to place dogs in a working situation and hunters use it as a reason to propagate more wolf hunting.
Very few people stop and look at  the reasons or events, surrounding the  kills,  few people ask the "why" question in these cases or look at the circumstances, leading up to this kill.


The events surrounding the systematic killing of LGD in Romania in 2001-2002, did have some inquiring researches asking; why it was happening and what could be done to prevent this.

The findings on this strange case, are still relevant today, in any country..

I would like to add, that while using this discussion/report of Annette Mertens and Helgo Schneider as a "lead into" my blog, I would like to add  the following points:
I purposely decided to use this report,
it as it was one of the few pieces I have ever read that did address the aspect of crossbreeding and the possible devastating effects it can have on both LGD and on predator management.
I have not (yet) found an article in  the English language literature that I have read ( and I am not saying I have read everything!) that actually talks about the effects of cross-breeding and the socio -economic aspect that influence the quality of LGD.

Although, I do not doubt that there are inaccuracies, misinformation and sensitive points in the original report,
I felt that it did not distract on where I wanted to head in my blog.

All of those issues are not THE discussion,
I believe the conclusions drawn in this report are accurate for many countries.
The conclusions about the crossbreeding, quality of dogs and the socio economic impacts,
are the key to this blog.

So, what is the strange case of the Romanian LGD?
( at the end of this blog you can find the original reference to this article)
In Romania, from January 2001 to October 2002, in an area close to 70 square kilometers, wolves were responsible for the killing of 62 sheep, 7 cattle, 1 kid (goat), 2 foals  and a staggering 186 dogs
(157 adult LGD, 2 pups and 27 smaller dogs ( herding dogs).

Just to compare; over a 20 year time span, about 83 LGD were confirmed wolf kills, in the Rocky Mountain region of the USA (Bangs et al. 2006).
{A Review: The Use of Livestock Protection Dogs in Association with Large Carnivores
in the Rocky Mountains by C. Urbigkit & J. Urbigkit}

.  Some household  incurred more systematic attacks, in certain time periods, than others.

Here are some numbers relating to livestock killed by wolves in this time period:

Where was  the livestock  during an attack?
79% were free grazing
19% in a wooden enclosure
2% in a barn/stable

The LGD were in the vicinity of the stock in 77% of the attacks
and in 23% the LGD were absent.


Dogs were attacked throughout the year with some peak months.
(Remember, that 186 dogs were killed in a 1.5 year time span)

84% were adult LGD, the rest small dog and pups


The number of dogs at the household at the time of attacks:
39% had one dog
33% two dogs

77% of the dogs killed were killed close to livestock, while the livestock was left unhurt!


·         Wolves preferred households with lesser dogs (which correlates with the findings that number of sheep killed decreased with relative numbers of LGD.

·         The most affected households, were remote and close to the forest ( easy access for wolves).

So, what was going on?
In a nutshell:


To understand part of the problem one needs to look  at the recent  history of Romania. Up until the 1970’s each household in a rural area had one or more dogs, during the last years of communism, a large “rationalization” occurred; moving rural families off the land and into cities and apartment buildings so that the land could be better utilized and farmed.

This left a vast population of stray dogs left roaming the countryside.
Many LGD breeding activities were not really controlled by shepherds and the traditional LGD were free to mate with any stray that happened by ( and there were millions of strays).

The resulting pups were still utilized as LGD. Generations of this type of uncontrolled breeding occurred, to the point where very few original, pure bred LGD existed.

These crossbred dogs were smaller than their original purebred ancestor weighing between 25-35kgs (55- 77 lbs). The guarding skills were variable.

The next problem that arose was that the dogs were never actively trained by the shepherds (now this is  a good point to consider, bearing in mind that many ranchers and farmers in the USA and Canada) have been indoctrinated to believe that these dogs need no training and little handling!).
The shepherds just left these pups to roam with the sheep and learn from the other dogs. This fact, according to the researches, was a major issue that influences the quality of the dogs.
Why? Well traditionally the good dogs would be kept in a group (a family pack) and kept all the time with the livestock during the entire year.  This maintained the bond with the stock and with the pack. Unfortunately, many dogs were placed on a chain thought the fall and winter months away from the stock and away from the pack, and because of this, the dogs did not get the opportunity to coordinate themselves into a functional team.
Some of these dog are the relegated to the outskirts of the flock and pack.


Another issues has to do with the health of the dogs, there is no national veterinary service regulating or monitoring the health of dogs.  The dogs are rarely vaccinated or treated for illnesses, resulting high numbers sick and weak dogs in the shepherd camps.
Hunting laws limit the number of LGD that are allowed to be kept in mountain areas with flock.

Due to an increase in poverty in the small livestock breeders, the economic stress on the shepherds is creating a negative cycle in the management of their flocks. These shepherds cannot afford to purchase a good quality pup.

The costs of veterinary treatments and feed, and a deterioration in the quality of feed being fed to the dogs often leaves the dogs in a undernourished and weaker condition. The dogs are less confident in their abilities and become increasingly scared of predators as they dog realize that physically they are no much.

With this lack of good nutrition the dogs spend more and more time away from the flocks in order to hunt and find additional food sources.

The vulnerability of livestock and their guardian dogs, is dependent on many socio-economic factors. Simply running higher number of LGD   does not represent an effective solution to depredation, unless certain socio economic conditions are met, to allow the livestock keepers to adequately maintain the dogs ( purebred dogs, proper food,  veterinary treatment, and training).
Larger numbers of poor quality dogs is not enough to keep the wolves at bay!

The final conclusions of this report to reduce livestock/carnivore conflict are:
(Quoted directly from the report)

An agricultural and rural development policy that supports better marketing conditions for small livestock producersAn infrastructure that supports the livestock raisers in assuring the sanitary and veterinary treatments of LGD.
A governmental strategy to drastically reduce the numbers of stray dogs in the country"

Want to read more?
Here is the bibliography to the article:

All is not lost:
Many shepherds risked their lives to ensure that good, original  working dogs (and, their livestock) was preserved in a time of political upheaval.
It is a reminder, how dire certain situations can be and how passionate these shepherds were, and are, in holding onto something they regard as necessary and valuable.


Thankfully, there are good initiatives to rectify this problem in Romania.

Ray Dorgelo from Canine Efficency (http://www.canineefficiency.com/),
helps with projects in Romania (in the Carpathian Mountains) to ensure that Shepherds get good quality dogs to help prevent conflicts between wildlife and livestock.

For more information about how the Carpathian dog is being preserved you can visit this websites: carpatinclub.ro and carpatin.net
As a side note, I would also like to add that this problem is not just a Romanian problem,

Similar problems also occurred in Bulgaria ( and probably other East European Countries),  There are programs in place to breed back and preserve the original Karakachan breed.


Here is the link: Bulgarian Karackachan

So, here is my view on the implications and ramifications of this research and how it can apply to the North American/ Canadian situation,  in reducing conflicts between wolves-livestock and the dogs that guard them. 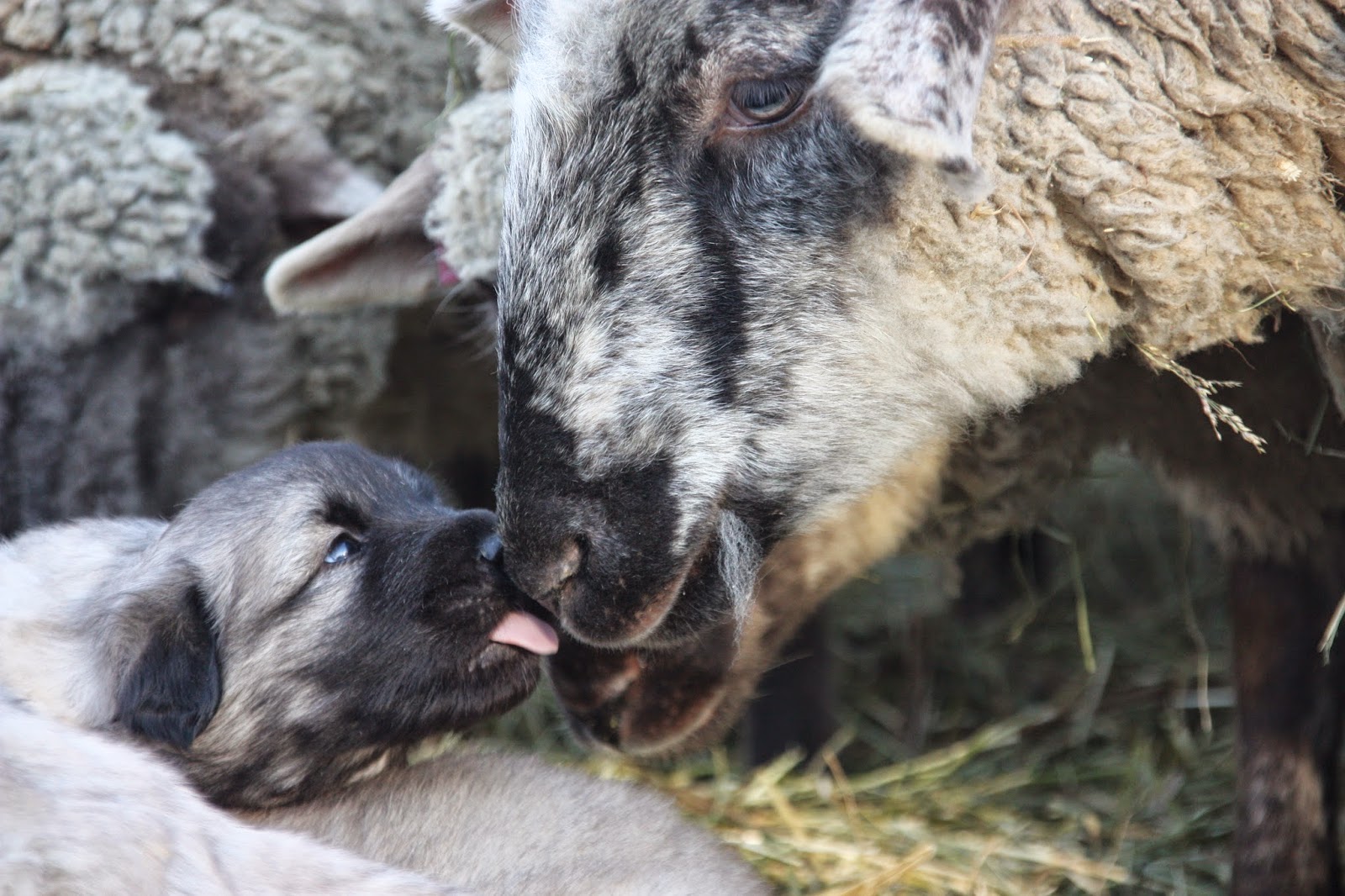 Here are some of the lessons we can learn from the unusual situation in Romania.

We are in a unique situation here in Canada and the USA as we have no tradition in  utilizing LGD, and we have no native breeds of LGD.

In fact, the rise of use of LGD has only been a recent event (the last 40 year or so).
The Old World knowledge has just not been available to many producers here and everything we know about LGD, has been told to us by a number of researchers.
Information on good breeding and selection, the number of dogs to run, how to raise them, how to train them needs to be examined and molded to fit the New World’s with its unique challenges. 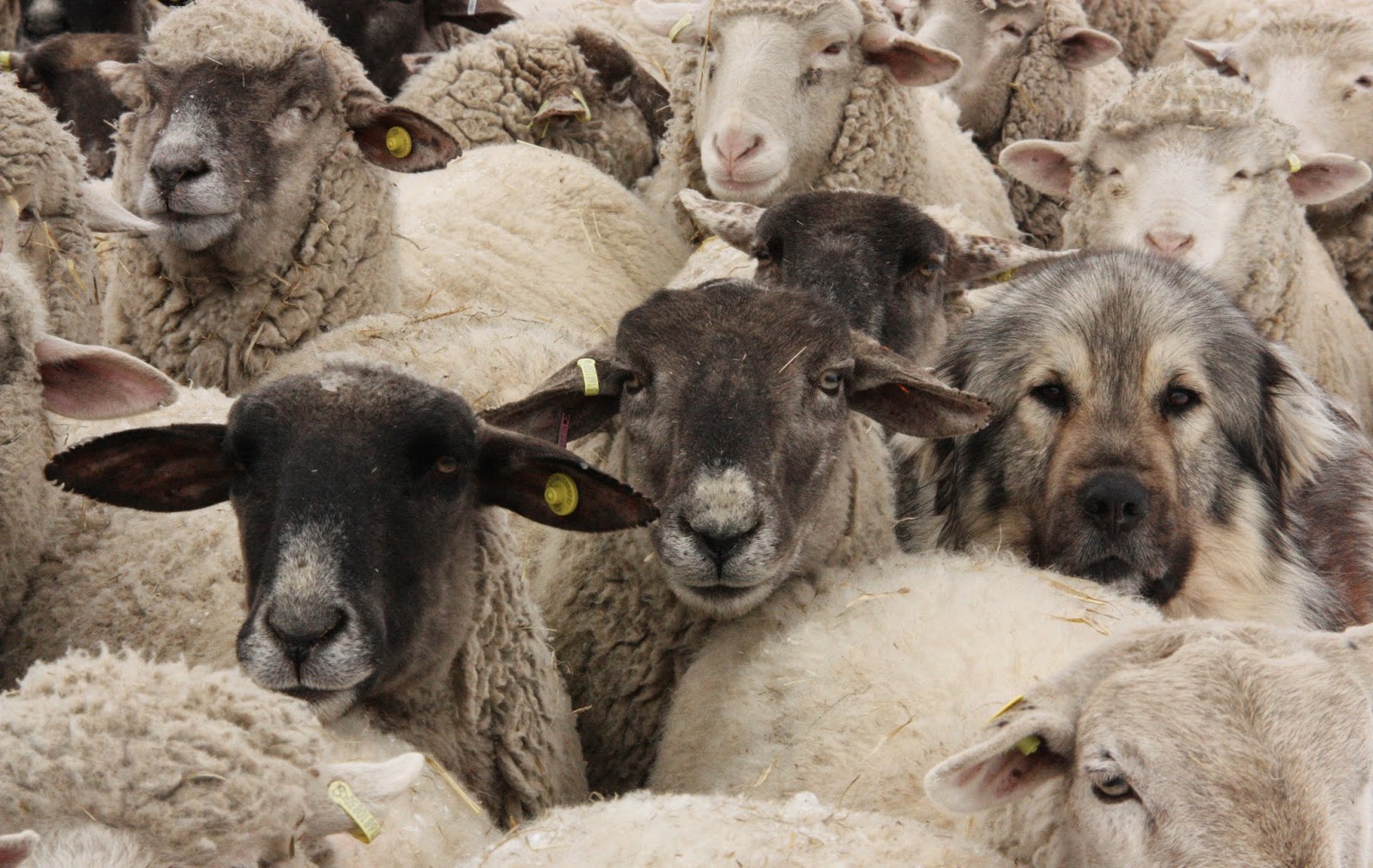 I, would like to add that I have not covered every aspect of this discussion (yet) and that I would like to return to this in a few blogs down the road.

Issues, that pertain perhaps to the wolf's perspective, such as:
-  wolf territorial conflicts with LGD need to be looked at, as this may be a reason for wolf/LGD conflicts here in North America.
-  perhaps, those wolves, came to regard the dogs as a food source, due to the large number of stray dogs roaming rural Romania.
The wolves did consume the dogs in almost every case.

There is still so much to learn, to examine and to discuss,
I am sure the last word is not said on this topic!


Have a good weekend!