A few posts back, (HERE)
I introduced the A -Team of dogs.
This team consisted of two males, Beli and Shadow,
and two females,  Fena and Lucy.

However, we now have a hormonal Tsunami going on here.
With three of the females in heat, it was not manageable to keep things as they were,
and I certainly did not want to run the risk of unplanned breeding.

That meant once again switching the dogs around.
I needed the males as far away as possible from the females.

To keep the protection up at the sheep and cattle,
I made up the B Team.

In no way or form is the B-team inferior to the A team.
The B team actually stands for:
Bad-ass, Bitch Battalion

Normally, I don't like running all four females together simply because they can be so
bitchy and touchy,
over sensitive and very hormonal.

They are prone to double teaming, bullying and we have had enough cat fighting amongst them, to know that this almost always results in some blood, gore and mostly wounded ego's.

Lucky for me, the predator pressure is high,
they have a vast area to work,
they have cows and sheep to patrol,
and the males are far removed from them.
They females, actually seem to be getting on.. 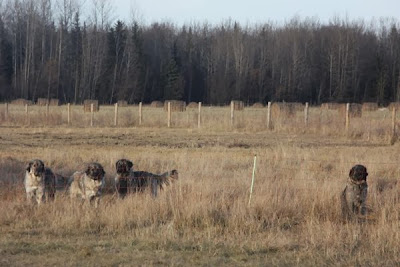 As, I  did a little write up about Lucy and Fena during the description of the A team,
I will write a little about Mali and Katcha.

This is Mali.
She is a pup from Katcha and Vuk. Her nickname as a pup was "grouchy",
She has got better,  when she matures ( she is 14 months old now), I think she might be quite a dominant female.
She has been living with the rams for a while now and has done well.
This will be her first main stint out with the big girls.

Katcha  was imported from the Czech republic,
from the same breeder as Fena and Beli.
She is a good guardian, prone to some naughtiness,
she is tough and can be rather pig headed at times.
She and Vuk grew up together and  are still best friends.
In this little photo session I must have been focused on Mali,
as I only have this one picture of Katcha.
(She is also not my most photogenic dog, so perhaps that has to do with my lack of pictures of her!)


Lucy is a mouse catching talent,her she is hunting mice for her late afternoon snack 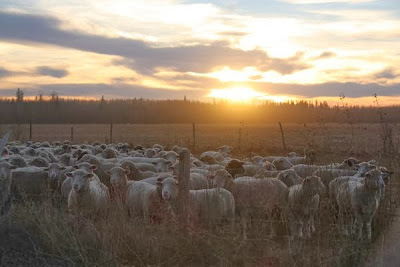 The sheep in the night corral.
Have a great Sunday!

This one is for the family..

The kid's grandfather is complaining that my blogs
are only dogs, and puppies lately.
So, to keep the family happy,
here are a few pictures of : 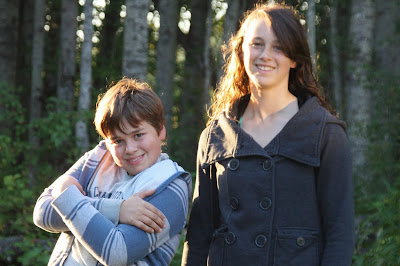 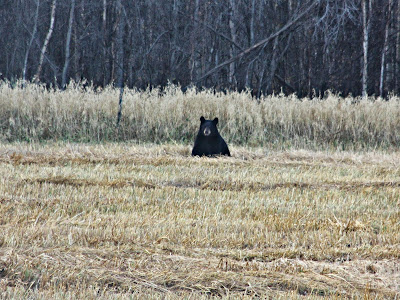 The sheep at sunset 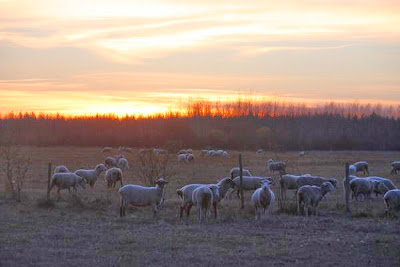 Jess is riding her young horse.
He has had 6 weeks of training  and is now home.
Jess is riding him almost everyday.
(Usually she rides with a helmet, but for the pictures she did not want it on!)

The horse is called Ace and he is a Heinz 57 mix. 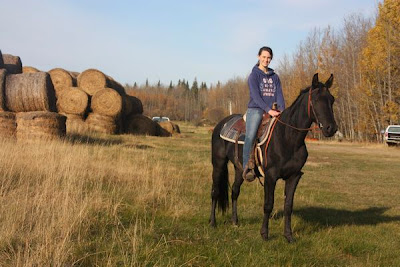 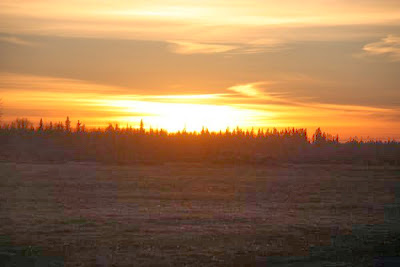 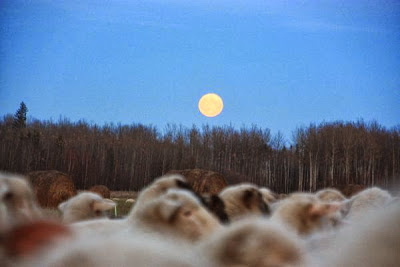 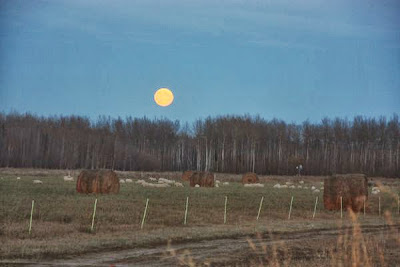 You see, no dogs this time around!

This is probably the last time all the pups will be photographed together as the first ones will be leaving soon.
On Friday is their vet appointment, check up, vaccination and worming.
On Sunday, I will drive to Edmonton with three of the pups,
on Monday these three will be jet setting their way across Canada.
Aero ( Now, Aga) is going to Montreal and will be joining sarplaninac female Lara.
Crunchie (Now, Simba) is going to become the new BFF of Nala in Ontario.
Mr Big ( he stays Mr Big), will be heading of to Saskatchewan, where he will become the friend and parner of Zoran.

Twix will be collected and will going to BC to guard sheep,
Hersheys is staying in the neighborhood and will be going to watch over Judy and Dales sheep.
Oh Henry, is going to Hollywood..
he is going to be the new guardian at Namaste Farms in California and
may or may not be featured in the Nat Geo Wild program "Totally Flocked".
He will be staying awhile longer to get a few more basic training.

We still have Snickers and (possibly) Kit Kat available.
So, if you have been watching these pups  grow and developing and feel that the time is right to add another
fantastic guardian dog to your home or flock, now is your chance!
Visit our website at www.grazerie.com/sarplaninac
and read about our dogs and pups,
what we do etc.
There is a lot of information about LGD in general
and, the sarplaninac in particular.

This photo session I had some help from the neighbor girls, roy and the kitty. 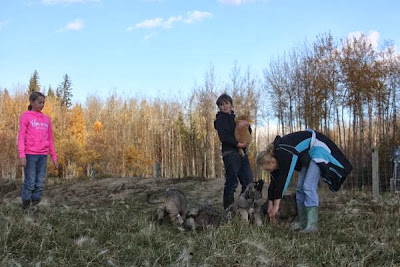 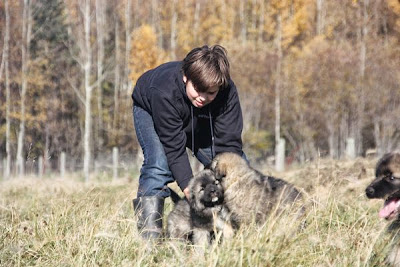 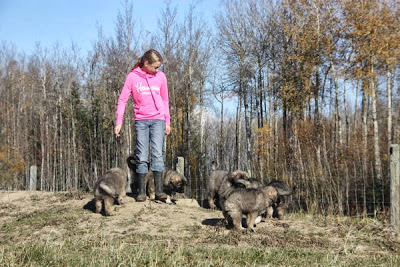 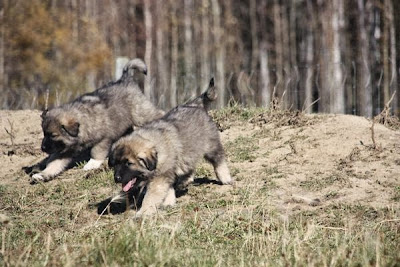 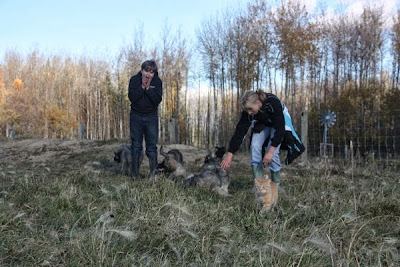 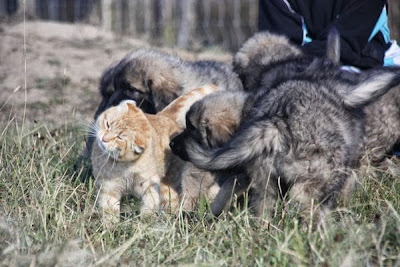 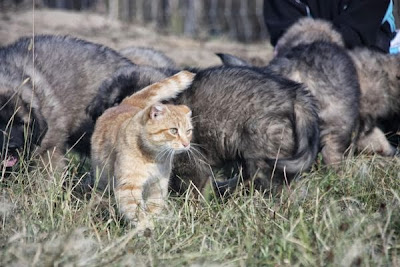 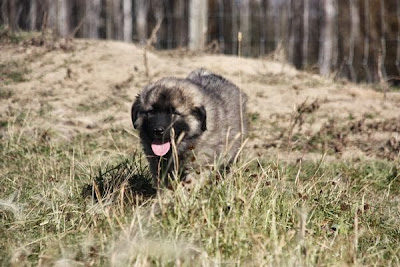 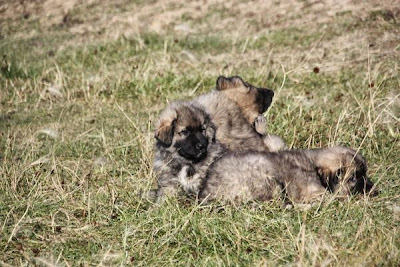 Can you believe it is only about 70 something days before its Christamas?
Wow.
Scary.

Anyway, I was looking for a certain photo today and got a little distracted.
I love looking at older pictures and enjoying the memory that comes with the picture.
Sometimes, it not even the memory that is fun,
simply a nice moment, a funny thought, a pretty picture.

So, I gathered up some of my favorites and made a
Sarplaninac Calender for 2014. 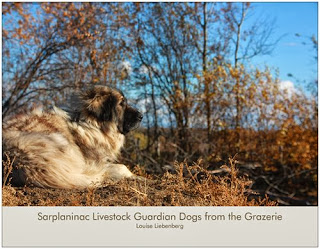 Anyway, if you would like to order a calender,
then please let me know.
They cost $20, sent to you (incl shipping)
They are 12 x12, wall calenders.
If you order soon, I might have them to you before Christmas!

Send me an email if you would like to order 1 or 5 or whatever number..
EMAIL ME

Here is a sneak peek:

Some of the images are "Golden Oldies",
some have never been published or displayed on my blog, or facebook before.

I hope you will enjoy these images as much as I do.
All the photo's I made,
all the dogs are either mine, were mine or bred by me.
For, some friends and family,
you might now have a hint about what you will be getting for Christmas...

To pay for the calender, you can either use the PAY NOW button and pay through Paypal,
or you can email with interact
or if you live in Canada you can send me a cheque.

Moo may represent an idea
but,  only the cow knows ~Mason Cooley

I visited the cows this week,
you know chat with them, see how they are doing, what they are up to..
Nothing earth shattering, just some fall pictures of cows in a field.
Not, any old cows,
our cows.

This is my favorite pic of these cows:

Wishing you a Happy Thanksgiving weekend,
well,
for my Canadian friends.
My US friends will have to wait awhile still.