Part 5: Portugal, an overview so far 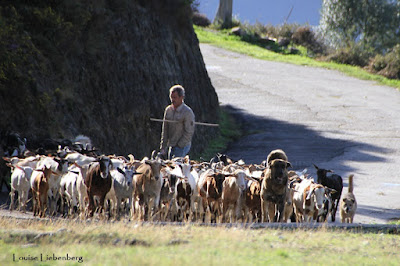 I recently had the privilege to be invited to go to Portugal and participate in a workshop involving biologists, farmers and shepherds, who together, are looking for (more) solutions on how to co-exist with wolves. The Iberian wolf is protected throughout Portugal and absolutely no lethal control is allowed to take place. The protection of the Iberian wolf is also mandated by the European Union and the losses are compensated out of Government and EU funds. That the wolf is protected does not mean it is truly protected, as illegal hunting and poisoning is common. The wolf population in Portugal is estimated around 300 wolves.  The situation in neighboring Spain is a little different as the wolf is only protected in some regions and not throughout the whole of Spain. The largest concentrations of wolf populations are found in the northern parts of Portugal and Spain, so predictably this is a high conflict area between the wolves and the livestock keepers. 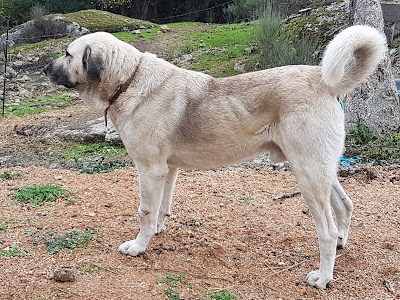 The northern part of Portugal is characterized by rugged mountains, quaint villages, terraced gardens and smaller scale livestock husbandry. The shepherding system is traditional, where the sheep, goats and cows are housed indoors at night and then taken to the mountains to graze during the day. 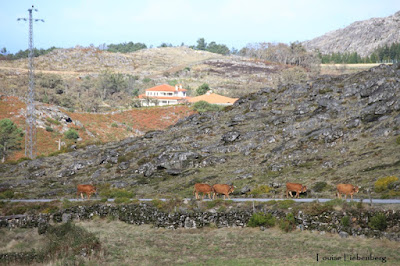 The mountains are communal grazing but most of the animals are “hefted” to a certain part of the mountains. Some shepherds spend their days in the mountains with their flocks while others go and check up on the animals during the day. At the end of the day, the shepherds collect their stock when night time rolls around and they return to their little sheds in the villages for the night. The shepherds do not use herding dog breeds to shepherd their livestock. 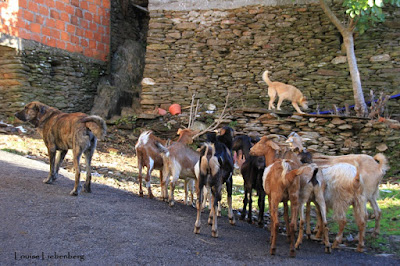 The wolf was almost entirely extirpated in these regions during the 1950-1960’s and with that, many of the shepherds lost the knowledge of working with livestock guardian dogs to protect their flocks. The majority of shepherds do take the small (knee high) Podengo type hunting dogs with them into the mountains, but these little hunting dogs are no match for wolves, do not stay with the stock and are often off hunting small game. 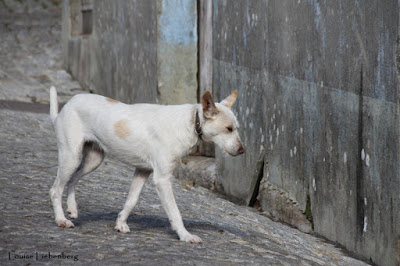 With the increase of the wolf population, predation of the herd/flocks is becoming a bigger problem and shepherds are lacking the know how to deal with this.


“Life Medwolf” is an organization that has been working with shepherds for more than 20 years. This organization supplies shepherds with the traditional Portuguese Livestock Guardian dogs in an effort to help them protect their flocks. Medwolf supplies a working pup to a shepherd, pays for the vaccinations and health care, and will provide feed for the dog for the first year. The dogs are monitored, problems discussed and raising advice is given by the Medwolf organization.  They use traditional LGD such as the Cão da Serra da Estrela, Cão de Castro Laboreiro, Rafeiro do Alentejo and the Cão de Gado Transmontano. 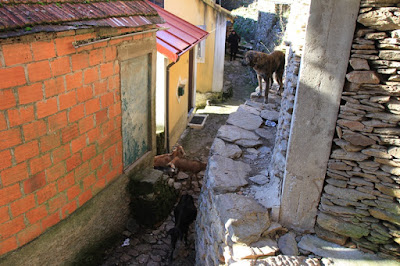 For many of the shepherds the large size of these dogs is seen as problematic, many fearing that these dogs would physically be unable to work in the rough mountains. The resistance to the bigger breeds is still prevalent in some areas, so the choice to use the more agile and smaller Castro Laboreiro is often made.  Unfortunately, I did not get to see any Castro Laboreiro’s working. Size is often a big discussion point in the USA and Canada, with many people feeling that size is all important in the ability to protect flocks. The smaller and more agile Castro Laboreiro is showing excellent effectiveness in its ability to protect the flocks from the Iberian Wolf. 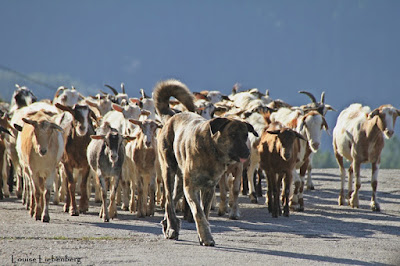 Relatively speaking, very few shepherds are actually utilizing LGD, many still preferring to take the small hunting dogs with them. In the villages where the LGD have been implemented the shepherds are seeing good results and a reduction in predation. The younger generation shepherds seem to be embracing the concept of finding solutions and investigating ideas to prevent predation, rather than being resistant to efforts to reduce conflicts between wolves and livestock. 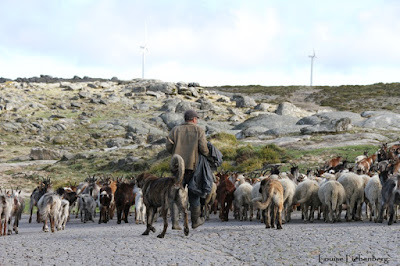 I had the honour of been taken into the mountains to see some of the Medwolf project dogs, and to see first hand some of the issues facing the shepherds. One of the biggest eye openers for me was the extreme lack of any game/ prey animals, it made we really wonder what the wolves were supposed to eat? It seemed that the wolves have no alternative but to eat livestock to survive. This in itself compounds the issues, as there is simply not enough game to support the wolf populations without the wolves needing to feed on livestock. 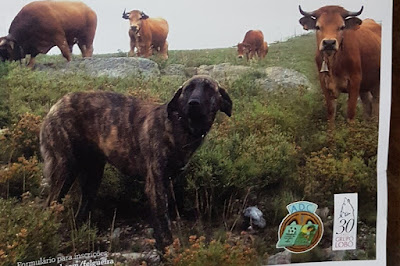 Another problem is, that in all European countries it is mandatory to remove all carcasses and offer them to rendering companies. The dilemma is, by removing the carcass it forces the wolves to hunt again for food. If the carcass was left and the wolves could come back and feed a day later, then that may lower the number of livestock being killed.
The problems are often so complex and for many shepherds the rules from the EU are so restrictive that it does not allow them to make the choice of whether or not to leave the carcasses out.

Official lethal control is simply not an option. The illegal killing and poisoning of wolves is however rife, unfortunately this does not only affect the wolves, but certainly has a high toll on the livestock guardian dogs, as well as other animals in the area.


I asked about the potential use of donkeys as guardian animals, considering that many people in Canada feel that a donkey may be a good alternative to using guardian dogs. Donkeys and horses are highly valued by the Portuguese people.  The shepherds assured me that donkeys and horses were most definitely on the wolves’ menu.

Many shepherds are very resistant to change, and some will even resort to killing the LGD of other shepherds. The lifespan of many of these dogs is around 2 years due to poisoning and shooting of the dogs. 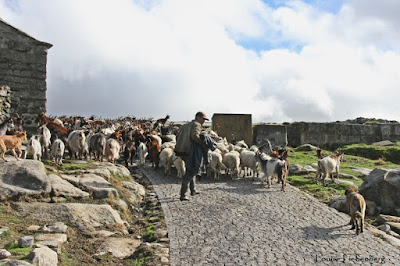 The shepherds who do use LGD will only use one or two dogs, and primarily males.  Most do not want a female dog, preferring intact males due to the convenience of not having to deal with heat cycles. Looking at the rugged terrain and the high pressure from the wolves, it did seem to me that most flocks were under dogged. However, adding more dogs brings additional costs to feed them.  These shepherds are subsistence farmers in a traditionally “poor” region, the cost to feed these additional large dogs may be too prohibitive.

Compensation is paid for dead stock, but as most of the shepherds say; the compensation is always too little, too late and complex to apply for. As with most places, when compensation is paid it rarely covers costs such as stress from harassment, lower birth percentages and other ‘hidden” costs. “Missing” animals cannot be claimed as there is no proof of depredation. The compensation system is open to fraudulent use. 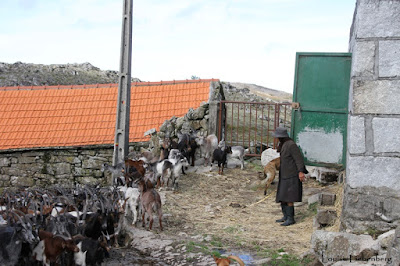 
The “Life Medwolf” project decided to do a brainstorming session ahead of the Iberian Wolf Conference in Portugal. Farmers and shepherds from Portugal, Spain, Italy, Switzerland and Canada (me) were invited to come to Portugal and discuss some non lethal practices that work in their own flocks and countries. The plan was to pool knowledge and ideas.

Here are some short clips of the animals heading to the mountains to graze for the day.