Things that are meant to be

I have always said I wanted a remote cabin in the mountains.
I even bought books on cabin making,
have read stories of people who have made their own cabin.
It is in my 5 year life plan.
A few weeks back Eric, found an ad for a 1930's cabin that was for sale.
He bought it.
Now by cabin, do not think it is a ready to move in one..
This little gem is merely a shell
and will require a whole lot of TLC.
However, it has some history,
and honestly how many wooden cabins from the dirty thirties are still around?
So, we have decided to make this our little project.

The first part of this project was to haul it home.
With a major winter storm rolling in we had to get on it.
Last Saturday, Eric and Roy spent the entire day  moving the cabin onto skids,
then hammering in planks to stabilise it so that it would not cave in. 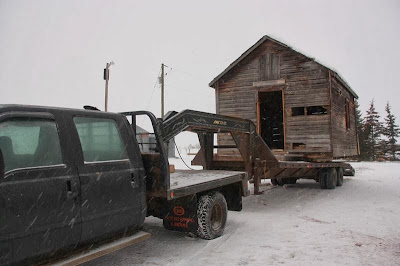 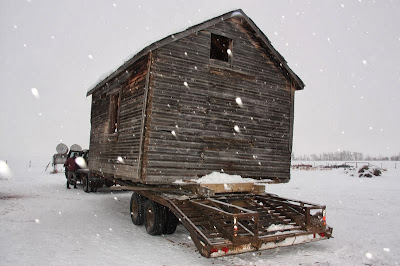 Then painstakingly, step by step pushing it onto the trailer.
After more than 12 hours work the cabin was on the trailer and ready for the 80 km haul home.
We decided to wait for day light for safety. 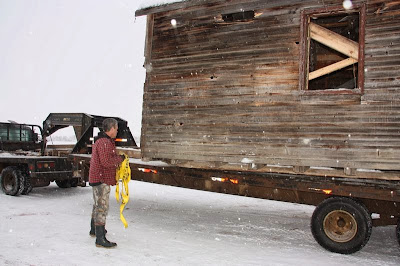 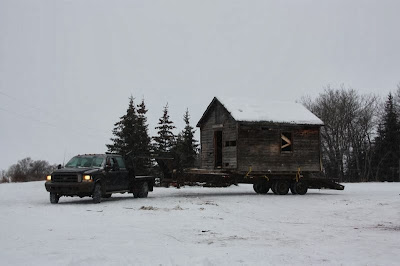 The next morning bright and early we headed off to collect it. 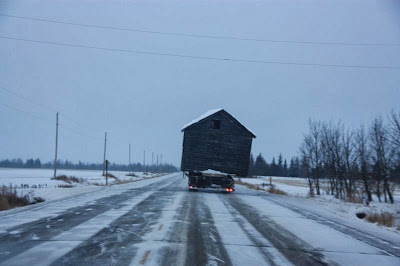 We had to stop and check that the overhead power lines were not to low and we could only go about 30km an hour. 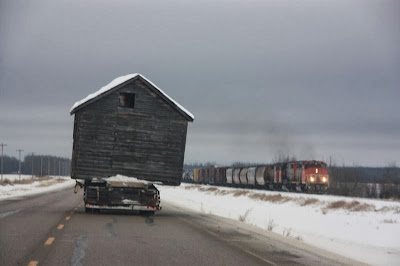 We encountered a hazard or two on the road,
a mule decided it wanted to possibly cross in front of Eric.
But it changed it mind. 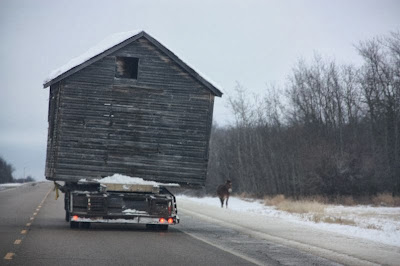 We finally got home,
and slowly started unloading,
things went a little quick and the cabin bumped into the front end loader of the tractor.
It now has another window in the back.
Once off the trailer, we skidded it into the yard where we can work on it when things get warmer. 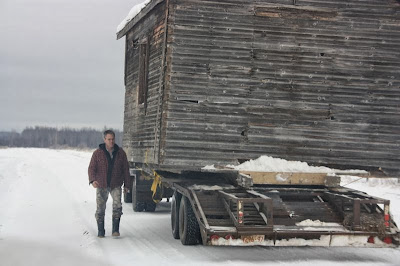 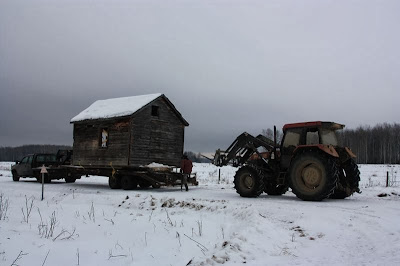 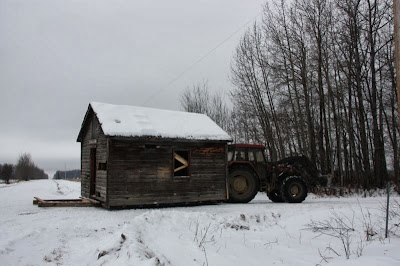 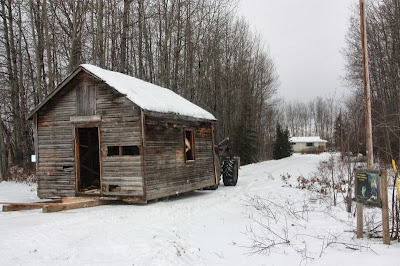 Sometimes I just know that things were meant to be.
If you pay attention you occasionally see cosmic signs.
Sometimes, they are a little more obvious.
While snooping around the inside of the cabin, Eric pulled down the rotten ceiling.
Out of the ceiling a small book fell and hit me on the shoulder.
Stooping down to pick up the molded booklet,
I could not help but realise that that cosmic sign fell on my shoulder.

The booklet was a 1952 bulletin about  Sheep Production in Alberta 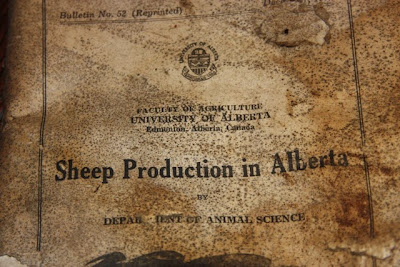 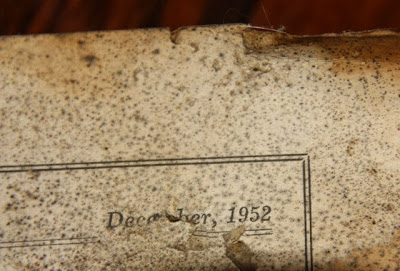 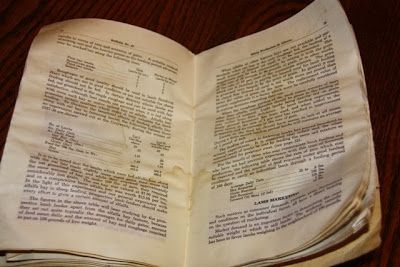 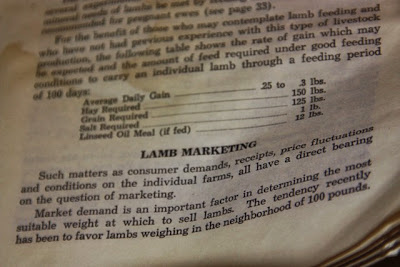 Yep, sometimes things are just meant to be! 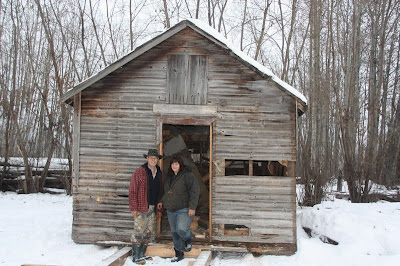