Vuk and I have come a long way. 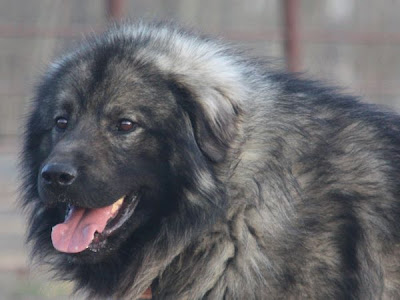 He arrived about 3 years ago on our ranch.
As a pup he was on the go,
always.

Never for a moment did he just stop, walk around and hang around.
He was hyper all day and every day.
He wanted very little to do with people,
he was friendly enough just never really had time for people.
It was incredibly difficult to get contact with him
and build a relationship with him. 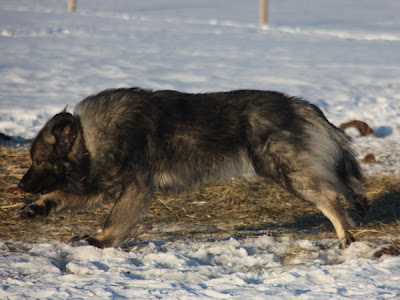 Ally, his breeder, at Sharmountain kennels,
can attest to my concerns about him.
He was like an "energiser bunny on red bull".
I sincerely doubted that he would make a stable, calm guardian dog.
He was in with the sheep and bulls, he had a companion, Katcha
and he had Fena to teach him the ropes to becoming a good guardian.
He was never inappropriate with the sheep,
just so busy that the sheep never really settled down with him around.
Whenever he moved, the sheep became startled and would themselves move.
When he was about a year old, I mentioned to Ally that I may consider rehoming him,
he was just not "my kind" of dog.
She referred some people to me for him,
however, maybe..
I did not really feel ready to give up on him yet.

I decided to stick with him.
As time passed, the lesson I  learnt,
was not to try and shape Vuk into being the dog I wanted,
instead to learn to work with him and his unique character. 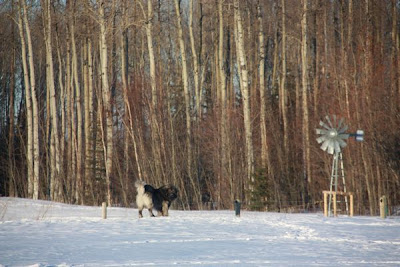 This past year he has come into his own.
He has a large area to patrol and has lots of room to do his work.

He spends his days watching over the weakest, most vulnerable lambs.
He is not what some would call a "close guardian",
he is not the snugly up close to the lambs kind of dog,
however he watches over them with vigilance.
He has calmed down,
he walks amongst them, he never bothers them,
he has become a fine dog.
The sheep are relaxed and content with him being around.
In fact he has become quite layed back.
A little bit of age on these guardian dogs
does wonders. 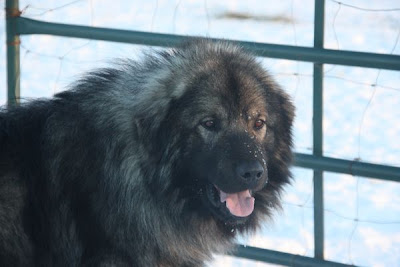 At 3 years old, he has mellowed,
he comes for a brief pat,
he checks in regularly,
he always welcomes me into the pasture,
and is still always the first to be on his way again. 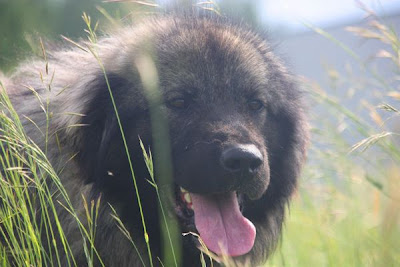 He is the father of Shadow and Mali,
two young dogs here who are showing fantastic work qualities.
He is also the father to Fena's pups.

I have grown to love and appreciate him.
I value his energy, his keenness and his quite demeanour towards the stock.
He is a great puppy trainer.
Boy, I am I pleased that I did not rehome him after the first year.
Every year he gets better and better.
All I needed to do was give him some time! 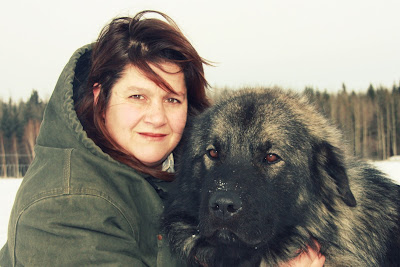