Last Thursday, Jess took me to Grand Prairie airport to send me out west to Vancouver
for the Living with Wildlife Conference.
Of course, I was kicking,  screaming and hanging onto every tree we passed,
gasping for my last breaths of fresh country air,
before I left for the urban jungle.

Before the flight, Jess and I had lunch at a Chinese restaurant,
I grabbed a fortune cookie,
and this is what it said: 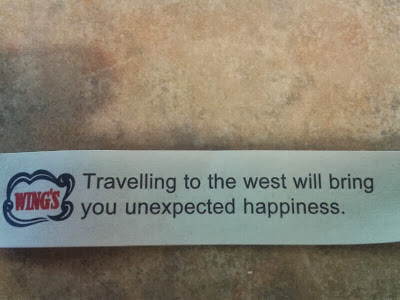 After reading this,
I calmed down, stopped hyperventilating and relaxed,
what could go wrong?
bring on the happiness!
( Am, I the only one that believes in Fortune cookies?)

So, as many of you know I spoke at the 3rd annual Living with Wildlife conference in Vancouver last week. 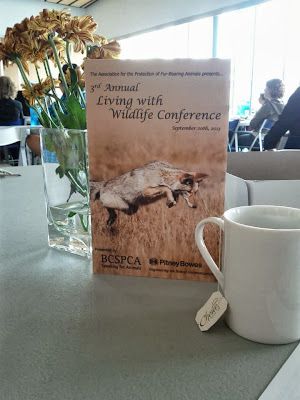 The conference alternates between Vancouver and Toronto each year. The focus is of course “Living with wildlife”, primarily the urban interactions between people and animals.

The conference had as a goal:
“Across Canada, municipalities are reporting an increase in the number of interactions between humans and wildlife. These interactions can present a public health and safety concern and conflicts can result in the death or suffering of wildlife. In particular, animals such as coyotes, beavers and raccoons are often perceived to be a nuisance or pest.
To address this problem, our 3rd Annual Living with Wildlife conference brings together experts in their field to discuss a wide variety of solutions of how we can co-exist with urban wildlife.
This conference is aimed at government officials including provincial, regional and municipal staff, as well as First Nations, farmers, wildlife rehabilitation groups, animal control, academics and individual citizens who want to make a difference in their community by preserving their natural environment.”

So, I got to speak at the conference about Predator Friendly Ranching.
We all know that we cannot change the nature of large predators.
Wolves, cougars, coyotes, bears etc are predators,
and predators kill other living beings to survive.
It is not demonic;
it is simply what they do.
The role of predators,
is  vital to our (and, many other species)
existence on this planet.

As we encroach on their territory we have more “conflicts” arising from these interactions between wild animals and humans (and, their livestock).
For some the "conflict" may entail a simple sighting,
to other it could mean propert damage,
or even a physical interaction.
We know that we cannot stop a  deer being a deer, nor a beaver being a beaver, a predator being a predator...
However, we can do a lot more to deter them
and encourage them to stay wild, eat wild food and avoid people.

We only have the ability to change our own human behaviour,
what we do,
is the critical difference to co- existing or conflict.

People, can change and the focus of this conference was primarily how to change the behaviour of people in order to reduce these interactions.
The speakers where impressive, the information clear, the solutions were often simple and cost effective.
The legalities were addressed, safety issues were spoken about and animal welfare was intertwined into the discussions.

The speakers included Dr Shelley Alexander who focused on large carnivore ecology and studied human wildlife conflict in the Canadian Rockies.
She focused her talk on the Calgary Coyote Project, particularly the research on their diet.
Myths are very prevalent, with the disappearence of cats and dogs often being blamed on coyotes,
which we learnt was actually not very prevalent. 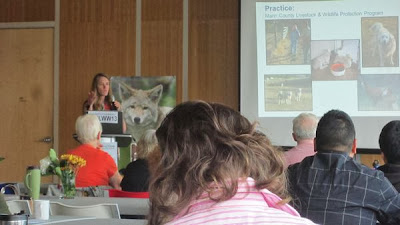 Mike Badry from the B C, Ministry of Environment is the BC Wildlife Conflicts Prevention Coordinator, and spoke on the implementation of the Wildlife Human Conflict Prevention Strategy and what the BC governement is doing to minimise these problem interactions. 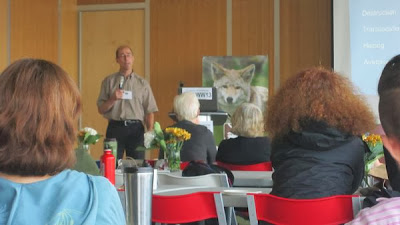 Then, we had Rebeka Breder who spoke about Living (or not) with Urban Deer – The Current Legal Landscape. She spoke in depth about legal cases involving the culling of deer within urban communities.
This is,
as most culls are,
a divisive topic with many legal ins and outs. This was a facinating topic and not as clear cut as it may seem at first glance. 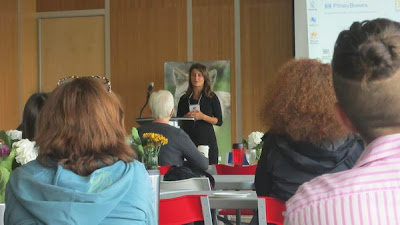 Sylvia Dolson spoke about the Get Bear Smart projects and how communities can become “Bear Smart”. She works tirelessly on ensuring bear-friendly management policies and bear proofing waste management systems. Once again education was the key.
In BC over 600 bears are killed each year due to these ( mostly urban) interactions. 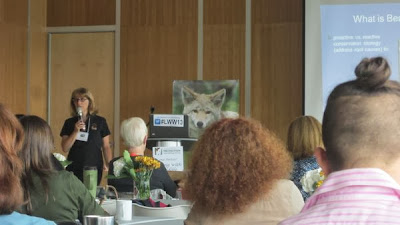 Sara Dubois, is the Provincial Manager for the BC SPCA Wild life services. Her speech was directed at looking at policy development, particularly focusing on wildlife welfare and the human dimension.
She spoke about the impacts on human-wildlife feeding; think of bird feeding, or feeding coyotes, even animal feeding in tourist areas (shark feeding, dolphin feeding etc..).
Almost all cases of “serious” wildlife and human interactions results directly from (intentional or even unintentional) wildlife feeding by humans.
She spoke about education, signage and the development of bylaws to enforce
that feeding of wildlife (in which ever form) should be illegal.
Did you, know that even bird feeding in some instances can have serious and detrimental effects on some birds and their ability to breed? 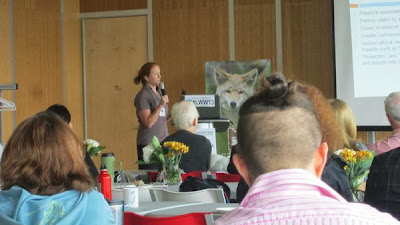 Dan Straker, from the Stanley Park Ecological Society has been coordinating the longest running coyote Co-existence program in North America. He shared information about how they have created more awareness, outreach and school education programs, teaching people how to react and deal with coyotes living in there midst.  The program utilises signage,  a call hot line, flyer's, school program to help educate and they track and record all human/coyote encounters. Concidering the large immigrant population moving into Canadian cities, educating children becomes very important to preventing serious or dangerous interactions. 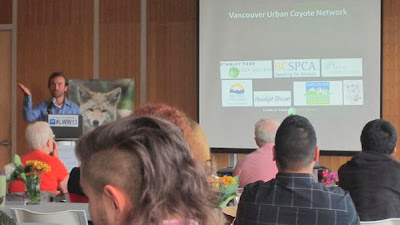 Adrian Nelson from the Association for the Protection of Fur Bearing Animals spoke on non lethal beaver management. The traditional approach of blowing up dams and trapping troublesome beavers can be more cost effective and more efficient by utilising a number of simple constructions. This not only saves tax payers dollars but also saves the life of the beavers.  Considering that 20% of all endangered species rely on beaver habitat for their survival finding ways to co- exist is very important for these endangered species and for biodiversity. 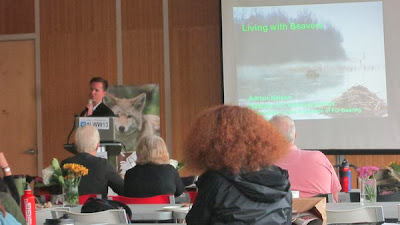 And, then there was me.
All the way from Redneck Land,
Hill-Billy County,
the  Duck Dynasty province of Canada. 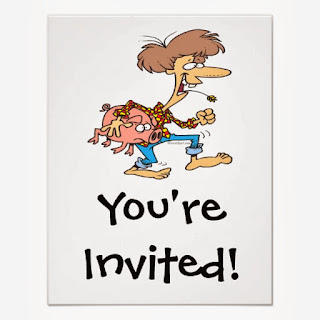 I was, of course, the odd one out;
I was not from a big city, I live with wildlife everyday, I was not vegan
and,
horror of all horrors, we eat animals.
Not just any ones,
but ones we name.

I was there,
advocating for  more co-existence with the wild ones,
within the ranching community.
My talk was well received. 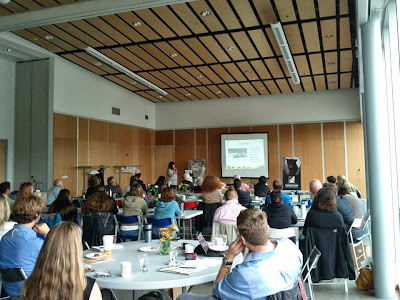 The common ground in all of the topics
was a need for more awareness, more education, more tolerance towards our wildanimals
requiring  more proactive,
non-lethal,
sustainable
solutions to mitigate wildlife interactions and humans.

Really it is pretty simple,
we have encroached on their habitat,
in order to create ours.

Hoping that wildlife will just pack up and move out is not a real expectation.
Why should they?
We,  provide some conditions that suit a lot of wild animals.
We provide easy food with our garbage, our bird feeders, fruit trees, lawns etc  ,
we provide relative safety for certain animals from predators (urban deer),
we provide shelter for raccoons and other beasties.
So, for many animals living in close proximity to humans is very advantages. 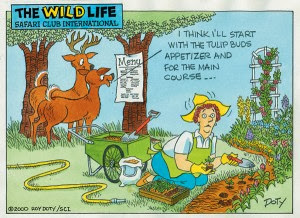 Next year the conference will be held again in Toronto,
I did  suggest a Prairie Province would  be a good place, rather than skipping over them.
So, who knows perhaps Calgary would be hosting the next one?

Now, onto other things: 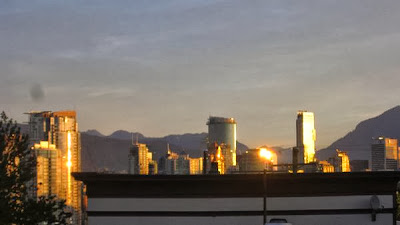 The venue was stunning with a view on the Olympic stadium, water, boats, canoes and downtown high rises. 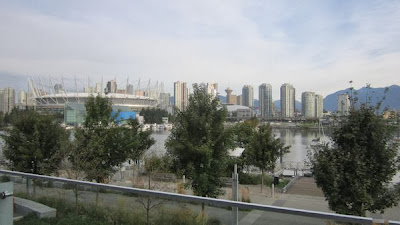 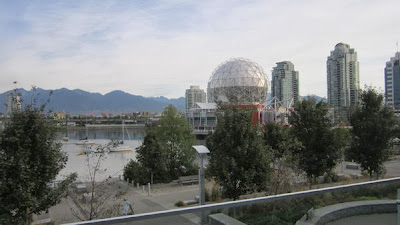 Taxi drivers can be amusing, some silent and others extremely talkative.
On every corner is a Asian restaurant. 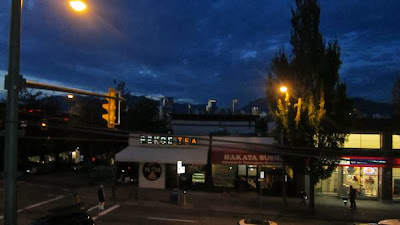 I know,
I will never, ever, ever live in a city.
It is great for a day or two,
however,
I do miss the open spaces, the trees, grass, lots of wildlife, the sunsets, clean air, gravel roads, quiet..

I truly am a rural person.


Thank you to Lesley, Adrian and Andrea for hosting me.
It was a great conference that should reach a wider audience. 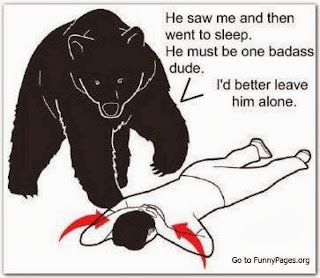 Other than that, it was pretty normal,
no crazies on the plane,
no hysterically funny moments,
no major blunders on my part.