It has been awhile since I have blogged about the guardian dogs.
They are doing well.
I have had females in season,
the dogs have been barking at moose and coyotes,
they hangout at the bale feeders,
and are generally doing well.
One, however has been naughty and has been jumping fences so she is in lock down.
More about her in another blog...

The pups have been watching the ewes have their lambs.
Yesterday, I felt the need to start expanding the pup's world.

Hank aka Harry ( remember the orphan pup Harry Potter?)﻿
was the the one slected at the reaping ( haha, what movie have I just seen?)
Hank is a pup that is staying longer at our place.

He has always been as good as gold.
Has actually never done anything naughty.
Ever.
So, he now gets to hangout with the big boys. 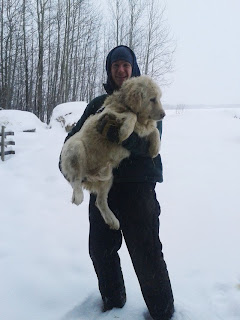 He was then placed before the bull and ram pasture.
Poor baby.
Vuk and Shadow came to the gate to greet him.
Hank thought he was getting thrown to the lions.
He sat down and looked really sad.
He was careful not to offend anyone.
When we left him behind,
it was like leaving a child at school for the first time.
He looked  lost.
However, we do tough love here,
and we waved him goodbye and left him to make new friends.

After a day of getting to know his new buddies,
he has settled down well and seems comfortable with the new sheep and young bulls. 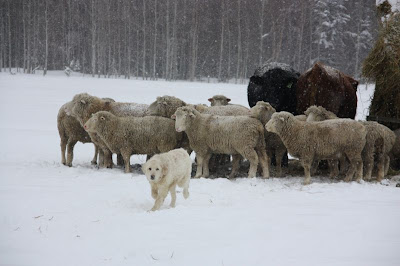 He has learnt that the warmest place to sleep is right in with the sheep.
He can play with Shadow

and he has learnt not to mess with Vuk and his food. 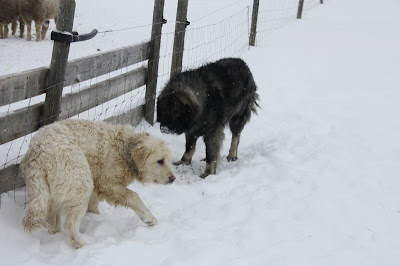 He is doing well. 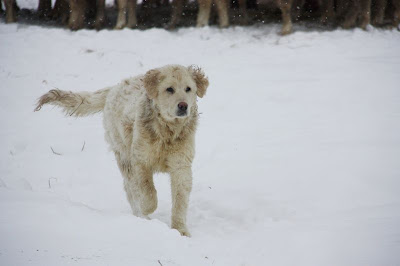 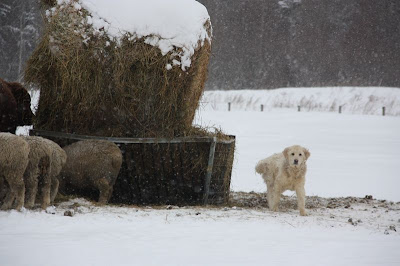 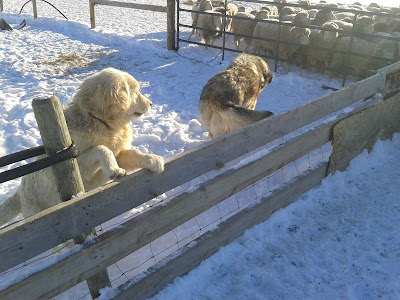 I think, Louanne, that you will like him.
He is laid back and calm.