This dog is pure joy 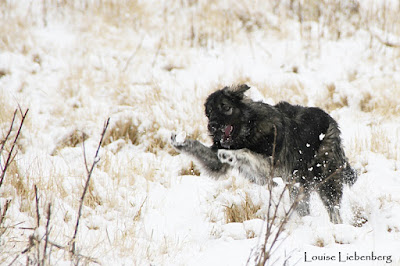 Kushi is one of the two pups that we imported a few months back.
He comes from an old aboriginal line of sheepdogs in Macedonia.
When we traveled to Macedonia in the winter of 2015,
we got to meet Kushi's parents, little did I know then that those awesome dogs would be the parents of our new pup.

Both his parents are working dogs, living the life of looking after and protecting the livestock in the mountains in Macedonia.

This is our Kushi's sire,
we named him after his father...also called Kushi. 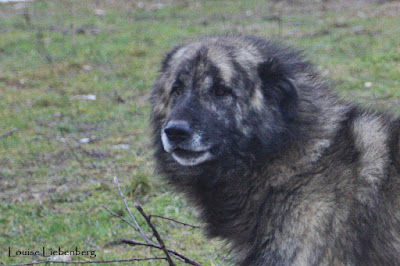 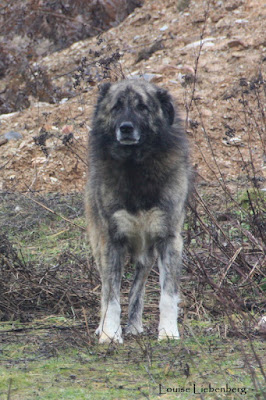 And this is his mother. 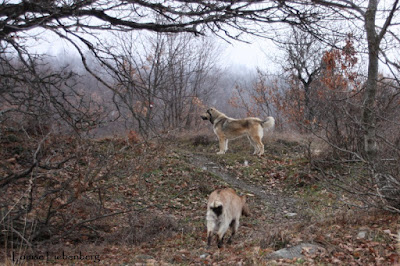 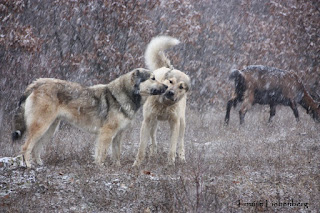 I see the apple did not fall far from the tree, this is Kushi's mom: 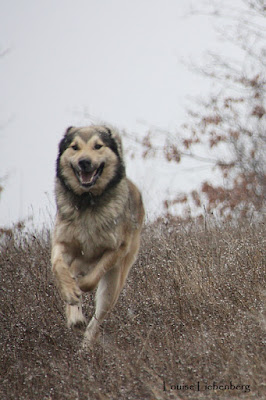 and, here is Kushi; 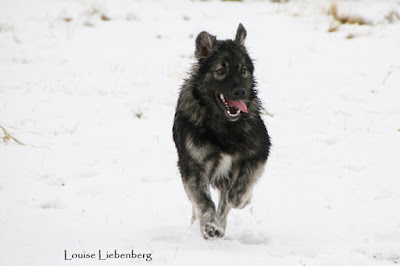 Kushi was gifted to me by Ariton.
After a long journey from Macedonia, through Serbia and onto the Czech Republic he flew to Alberta Canada.

Today, was the first time he got a taste of our Alberta winters, with an early snow fall.

Kushi at the best of times, is energetic, active, loves moving
but, this snow was a delight for this  6 month old pup.
He was goofing around, tossing the snow around, racing around, playing with the other import pup (Rex).
He was dancing around, rolling around, rubbing his face in the snow,
it was pure joy. 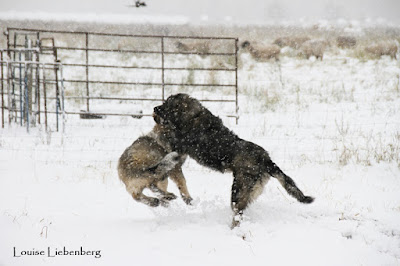 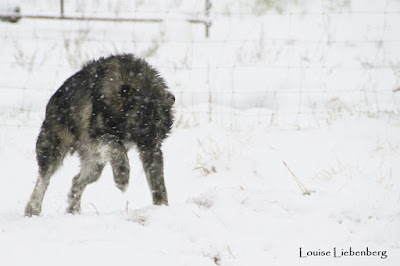 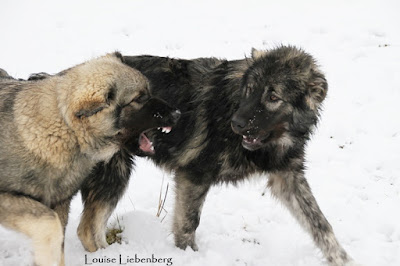 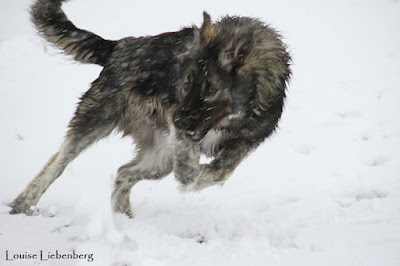 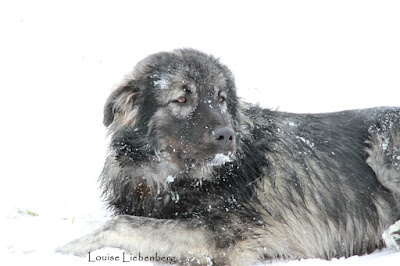 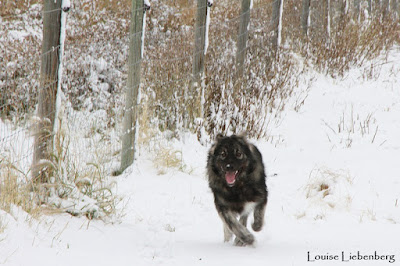 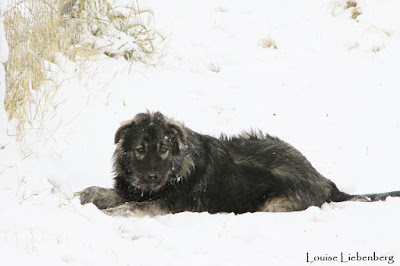 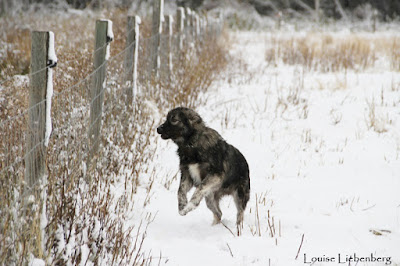 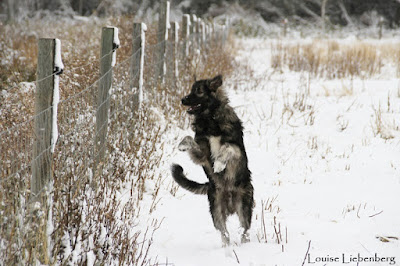 I love this pup and he reminds me in so many ways of our Vuk.
Vuk had, as a pup, a similar energy, drive and enthusiasm.
I can really appreciate a lithe athletic body,
fluid movement and a great temperament to go with that!

I think Kushi will do just fine here!