There is this saying in the horse world:
the younger the rider,  the older the horse should be.

I believe a similar comment is also appropriate when it comes to lambing and LGD.
Young, immature dogs should only be around lambing or kidding animals once they are older and mentally equipped to deal with the sights and smells of blood and afterbirths.

I have a rule as regards young dogs and baby stock, the rule is
"No babies, with babies EVER".

A pup's mind is not (yet) equipped to deal with the whole birthing process, the new strange bouncy creatures, the blood, the smells and of course the does or ewes who are now unusually protective.
It is too much for their young brain to process.

The  young dog should be able to watch through the fence, but not interact in anyway, no licking, no eating afterbirths and no direct interaction with the mother and baby.

I will not allow any dog of mine, under two years old,  to be in the lambing/kidding area without me being right with the dog. I am a big believer in avoiding problems and avoiding situations that can be problematic.

I like to raise my pups up until at least 1 year old in a pen with older ewes or rams/bucks/cattle. These animals are usually very calm and do not lend themselves to be "played" with by a young dog.
When baby lambs or kids jump and play,
it does incite some play  behavior in young dogs.

I do not like my dogs meddling with births, if you have a yearling doe, kidding for the first time and the dog barges in,
you could be left with a doe running off and not bonding to her kid.
All my older dogs will lay about 20 plus feet away from a lambing ewe, often with their back to the ewe,
they are there,
but are not intrusive or disruptive in anyway.

Once the afterbirth comes off, the dogs will then  eat it, cleaning up so no predators or ravens are attracted to the area.
As I said before, no dog under 2 is with my lambing ewes.
I am sure that most of them could be, but I do not like taking chances.
I want to ensure, that my dogs are mature
and, do not have the opportunity to make mistakes.

Here are a sequence of cell phone pics from today:
This is the behavior I like to see.

I normally introduce a young dog,  first to older lambs, about 5-6 months old,
as the dog matures, he is allowed to go with younger stock.

He can be introduced to the babies, on a lead, he should be allowed to sniff them and then should be encouraged to just leave them alone, ignore them.
If he gets to intrusive I tell him to back off.
I do not make a big fuss about the event,
just want the young dog to remain calm.

Supervision is the key.

Some other problems that can occur with young dogs getting to involved with the whole birthing process are:
Disturbing the doe/kid bond.
They may start to eat the afterbirth before is falls out on its own,
this tugging on the afterbirth can cause issues and infections in the ewe.
They may even start chewing on the placenta and water bags when the doe/ewe just starts kidding and could kill the new babies in doing so.
Dragging and carrying the babies around.
Eating the baby kid or newborn.
Keeping the lambs from going to the ewe to drink.

It is often not intentional, but can happen that the dog causes the death of a newborn by being too intrusive.

I value my sheep, and will always let the ewe bond with her baby first,
before allowing a dog to come in and sniff and lick it.

Time and maturity are your friend.
That maturity, will make all the difference in the way the dog interacts with the stock..

Once the dog is older, wiser, more quiet in its movements and less excitable,
these become formidable protectors of the babies.
I also keep the number of dogs down to a minimum in the lambing pen, just so things stay calmer.
Vuk is showing puppy Meco ( 4 months old) the ropes,
in the pen next to the lambing ewes. 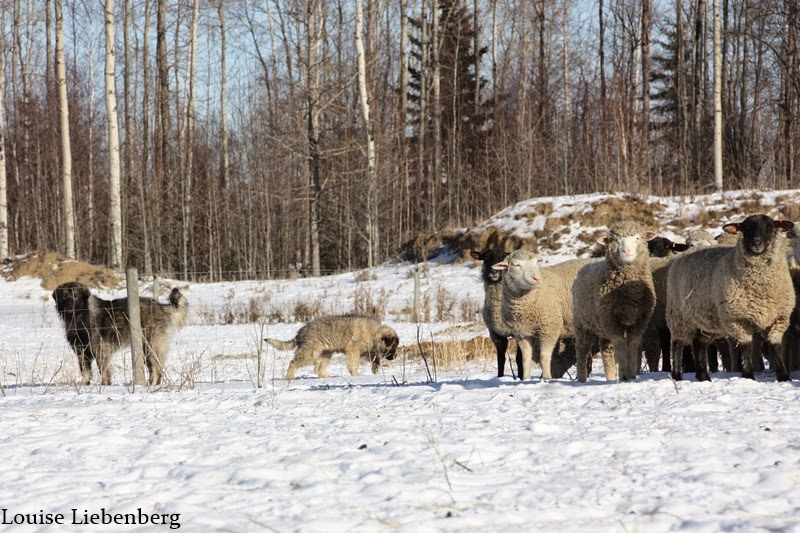 He gets to watch the goings on,
safely, on the other side of the fence.
This protects the pregnant ewes from a rowdy pup and protects the pup from aggressive ewes,
and more importantly from making mistakes. 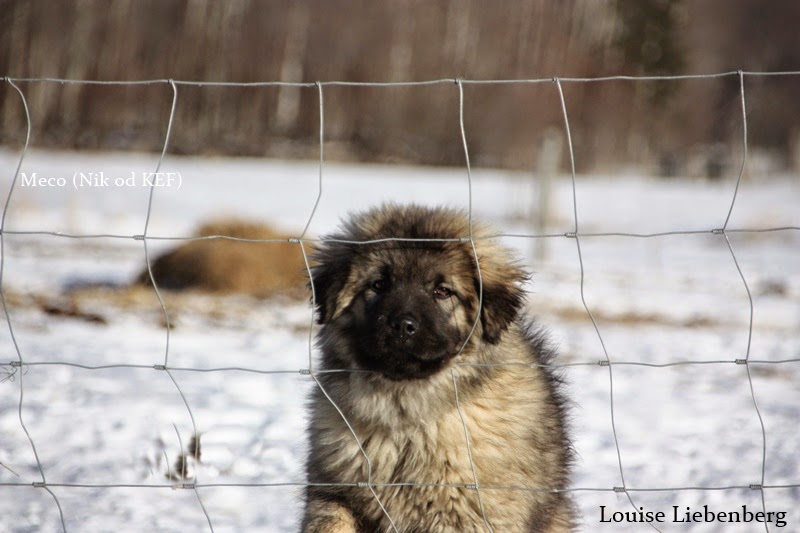 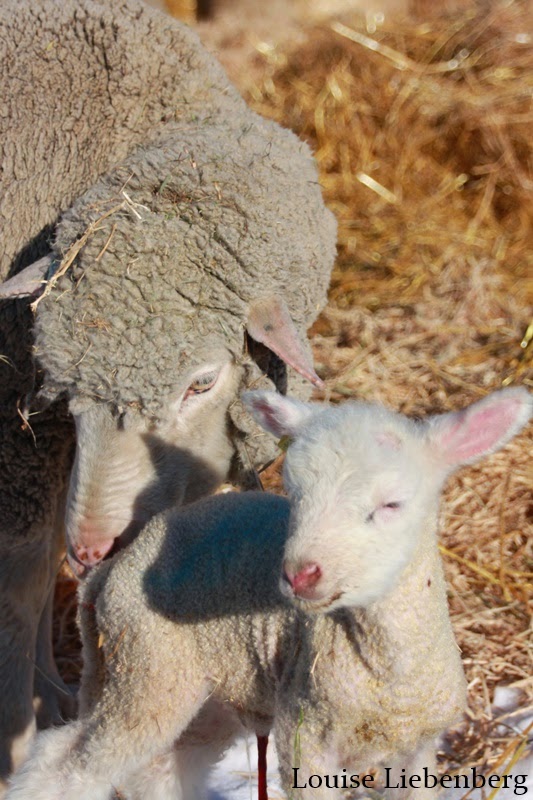