Another guest blog from Janet McNally: The Great Green House Gas Debate: food and our environment 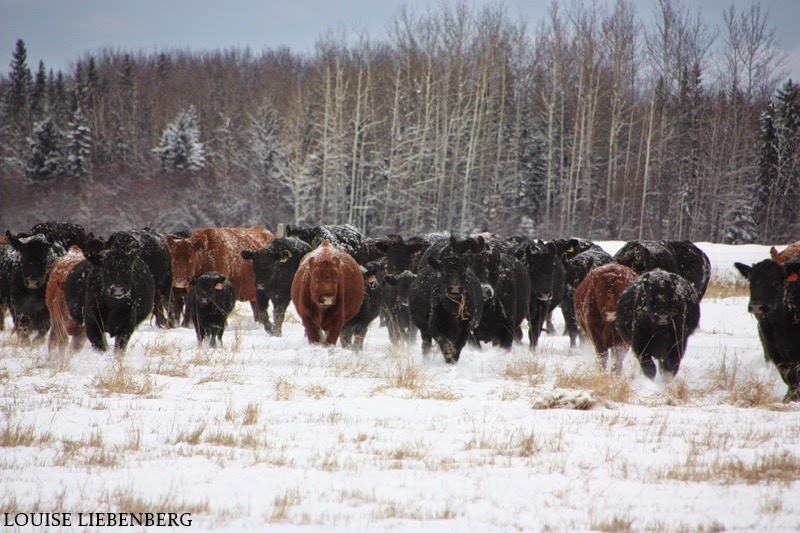 Winter has arrived, so no better time than to catch up on some reading during the long and cold winter nights.


A few weeks back, I was attacked (verbally) by someone on Facebook,
because of  my choice to be a rancher.

She lamented that it was ultimately the ranchers with their methane polluting cows,
who would cause the decline of our planet.

I believe in opening doors to conversations, however this person was not open for any type of conversation, except her own.
So, my door was rapidly closed to her.

Following this, Janet McNally commented that she had done a little research into this topic,
and has allowed me to publish it here on my blog.

The Great Green House Gas Debate: food and our environment 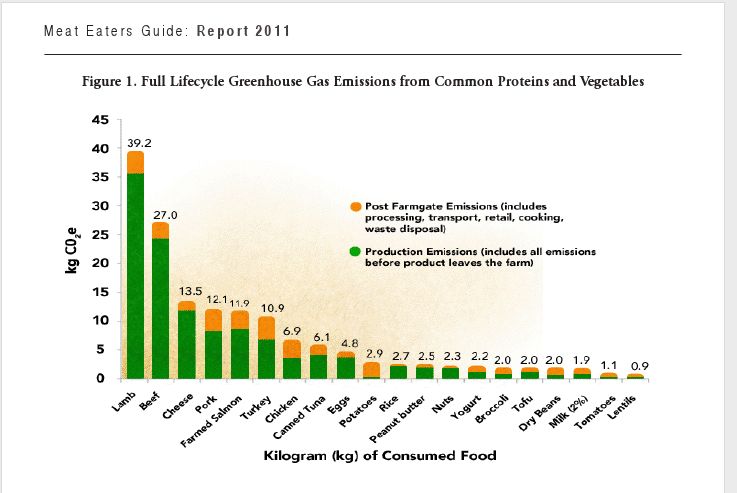 The publication called: “Meat Eater’s Guide to Climate Change and Health.”  subtitled “Meat: Eat Less, Eat Greener.”  Is put out by the Environmental Working Group in partnership with an organization called “Cleanmetrics”.

The publication compares ‘cradle to grave’ net green house emissions of all the most common sources of meat, dairy, and fish to plant protein sources, comparing 20 different foods in all.

With names like “Environmental Working Group” and “CleanMetrics” this study surely has to be the final word on the environmental and health impact of food ever done.  So it is no surprise this publication is now taken as gospel as the authority on the environmental impact of food and has appeared in a number of major publications.   Being the ONLY publication out there addressing food and green house gasses in great detail, it is taken to be the authority without any debate.

So I decided to dig into this issue and see how it is that such a wholesome environmentally friendly product as a grass fed lamb or steer could become public enemy number one in terms of green house gasses.  Like you, my knee jerk reaction was that surely energy intensive foods such as tofu made from soybeans in Brazil,  are less eco friendly than a pastured lamb that grows practically on solar power next door.

Reading through the report,

And following the many links, I was struck by the incredible detail used in calculating carbon dioxide equivalent green house gas emissions of over 20 different protein sources. The report included not just the emissions of each product at the farm gate (everything involved to getting the product ready to ship including methane belches, soil emissions, tractor fuel, irrigation energy, manure emissions) but also included transportation, manufacture, waste, and home preparation (cooking and waste) of each product after it left the farm gate. The links took me to literally thousands of pages of recent research examining every ounce of GHG emissions from our food supply.

So I found that the claim that meat, and in particular grass fed meats were at the highest end of total GHG emissions to be a credible claim.  Ruminant animals in particular stick out as high emitters because their digestive system is essentially a fermentation vat that digests rather indigestible material by bacterial fermentation.  The obvious result of this is copious amounts of methane gas, which has about 21 times the green house gas warming effect as carbon dioxide greatly exacerbating the role ruminants play in being green house gas polluters.

Some folks, including myself are taken aback to see that energy intensive products like pork or poultry are considerably lower on the emissions scale than our solar powered lambs.  The reason for this is many fold, and goes beyond the obvious differences in methane production.  Pigs for example have a feed to gain ratio of 3.4 to 3.6 kgs of feed per 1 kg of live weight.  Where as cattle have a feed to gain ratio of 7:1 on low roughage rations, and a feed to gain ratio of 11.5:1 pound of gain on high roughage rations.  Lambs are even less efficient with feed conversion than cattle are.  Prolificacy is another factor favoring pigs and chickens over ruminants.  A sow giving birth to ten piglets that can attain a marketable weight in six months time with a feed conversion of 3.5 lbs of feed per pound of live animal gain is considerably more efficient than a cow giving birth to less than one offspring per year that requires two years to attain its marketable weight.

Additionally the efficiency of the production system has a large impact on green house gas emitted per kg of food product consumed.  Surprisingly feedlot beef or lamb has lower emissions per kg consumed than pastured lamb for two reasons.  Ruminants fed concentrates produce less methane, and also gain faster thus requiring less feed per pound of gain, or it could be said, produce more product per kg of green house gas produced.

So is this report really the final word, and do we need to hang our heads in shame when the consumer asks about the environmental impact of pasture reared lamb and beef?

Whoa, not so fast!

There are a few facts missing from what was an otherwise incredibly detailed report.  First it is important to know that there is no study collecting data on pasture raised lambs that was used in the EWG analysis.  Instead the data was extrapolated from feedlot beef studies, and then subject to many adjustments to make it an appropriate estimation of what a grass fed lamb might emit.  The report ignored the fact that much of our grassfed lamb and beef are grown on land not suitable for tillage, and that if not harvested, the forage upon that land would emit methane gas as it decomposes.  Lambs and steers also convert plants that are indigestible to humans, into a high quality protein source thanks to that fermentation vat called the rumen.

But there is one much bigger glaring factor missing from the report, that can, in the right circumstances completely turn the table upside down, or at the very least can move beef and lamb into a much more acceptable position among protein sources.  This factor is that the study chose to completely ignore carbon sequestration of pasture plants.  The exact words in the footnotes of the methodology section are “8. Soil carbon sequestration is not accounted for in this model based on the IPPC guidance and generally accepted assumption used in LCA that all production systems under consideration have reached steady states where the net carbon flux from the soil is zero on average (spatial/temporal average). it should be pointed out that assumptions about steady state remain the subject of considerable scientific debate.”

So the EWG study focused solely on emissions, and did not attribute anything to the fact that a pastured lamb or steer stimulates grass growth, which in turn results in the sequestration of carbon dioxide out of the air, placing it in the root system of the plant thus offsetting the methane produced by the animal.  This is a very old and well recognized concept as to how ruminants build soil organic matter.  In contrast food Crop systems, especially continuous, non organic systems, use up organic matter over time, and tillage releases carbon back into the air!

Now the decision to place carbon sequestration at (near) zero is not an impossible scenario.  A pasture used continuously as a pasture will reach a point where the soil could be said in lay terms, to be saturated, and the rate of carbon sequestration would decline to a low level.   BUT to have assumed all pastures are not sequestering carbon, is to ignore a very important half of the picture when examining the NET green house gas production that the study had promised.

The data on carbon dioxide sequestration of pastures varies widely.  Factors such as past history of the field, growing season, climate, and management of grazing animals will all influence how much carbon can be pulled out of the air and placed in the root systems.  For example, a pasture that follows a cropping sequence will be sequestering carbon at a very high rate, and replacing the carbon that was lost to tillage for food crops.  Where as a pasture that is used continuously as a pasture will be at the low end of the carbon sequestering scale.

How much carbon is sequestered by a pasture?  The following table lists estimates from the EPA and USDA.

We will need to convert the EWG’s emissions of 39.2 kg of CO2 to tons of carbon equivalent produced per acre in order to see the whole picture.  So I am going to assume a farm has a year round carrying capacity of 3 ewes to the acre.  Those ewes produce a 150% lamb crop, that will attain a 125 lb market weight on pasture.

According to the EWG report,  39.2 kg CO2 is produced per kilogram of lamb consumed

From the USDA (table 1 above) we have 4.8 metric tons of C02 sequestered on properly managed pasture per acre per year  = 5 US tons per year.

Wow, it’s a wash!  That grass fed lamb can go right to the top of the chart for being the greenest most environmentally friendly food out there!

Well, maybe not all lamb will be at the very top of the chart.  The true story is that each farm will fit somewhere on a spectrum depending upon previous history and current management making some farms net carbon emitters, and others net carbon sinks.

But this little exercise does tell us something very important.  It is possible that we can manage our pastures to be carbon sinks, and that pastured lamb and beef can rank right up there not only as the wholesome, complete protein sources that they are, but as carbon friendly protein to boot.  We need to get that message out. 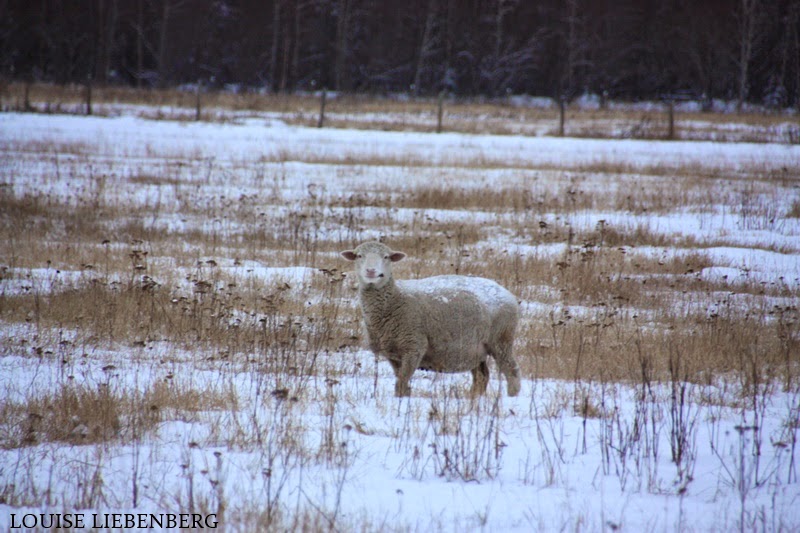