Portugal Part 2, A sweet Estrela and his goats 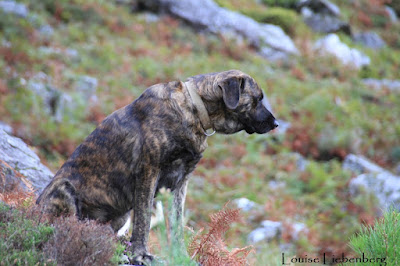 Planning to see the shepherds is really an early morning,
or late evening endeavor.
Once the shepherds leave for the mountains for the day, it is hard to find them.
The best time to meet them is when they are leaving the village to go grazing or returning back in the evening.

The scenery on the drive to our first visit was incredible, and I am in awe of how beautiful and rugged this part of Portugal is. 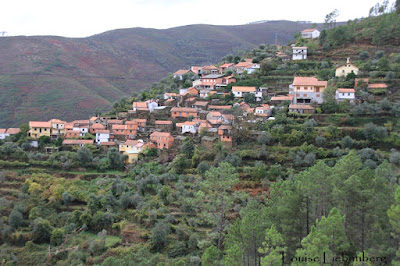 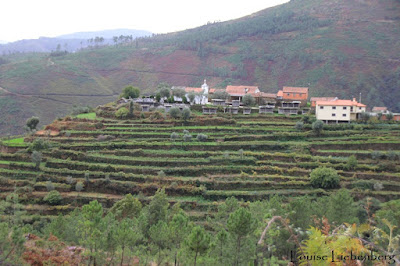 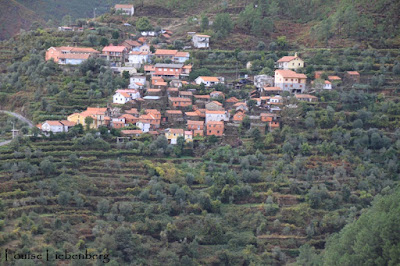 The beautiful mountains, the quaint villages and the terraced gardens appealed to me. The stunning  variety of plants made me realize how limited and somewhat bland, our cold climate really is. 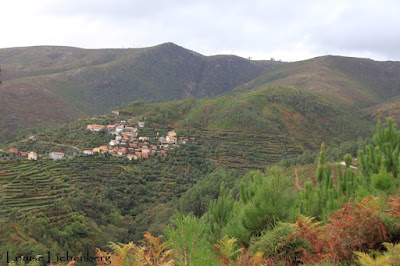 The drive to our first goat herd was a treat in itself.
Stopping on the road, the goats were barely visible between the rocks, ferns and other plants. 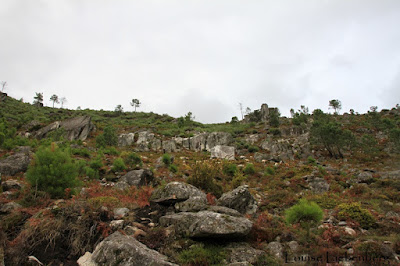 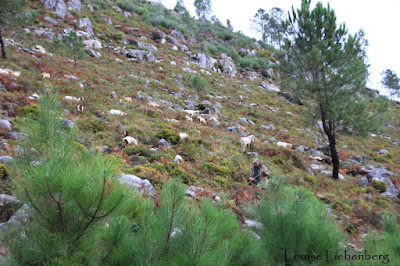 The slightly nervous bark of a young guardian dog echoed against the rocks. 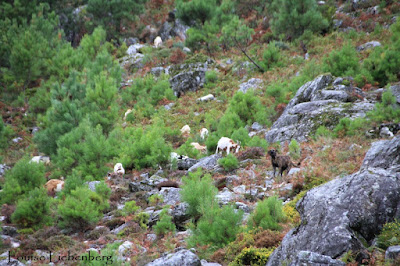 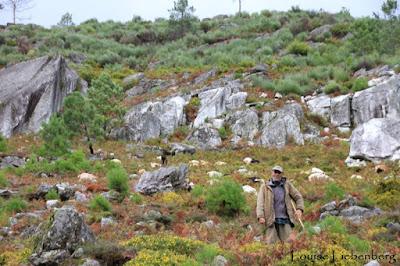 The dog stayed at a distance, overseeing us climbing our way towards the shepherd. From his demeanor and the sound of the bark, I could make out that this was a young dog.
A bit unsure of us and sticking tight with his goats.

He climbed up on a rock to better watch what we were doing, he settled down and moved a small distance away. 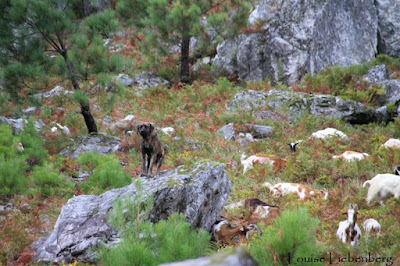 The expression of the dog softened when the shepherd spoke to him, a slow wag of his tail indicated that this young dog was happier now,
a little less concerned about our presence. 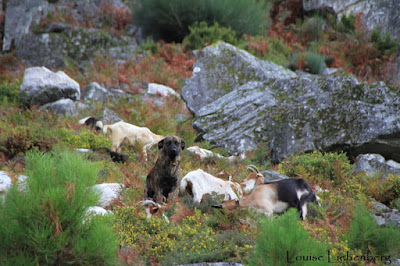 This dog is a short coated Estrela, given to the young owner through the Medwolf project.
He was tightly bonded to the goats and did not approach us.
His owner hiked further up the mountain to go and collect the dog so that we could meet him.
Coaxing him down to us, the owner assuring us that he was friendly.
The dog was not aggressive, just unsure.
He was happy to head back to the goats once the owner let go of his collar. 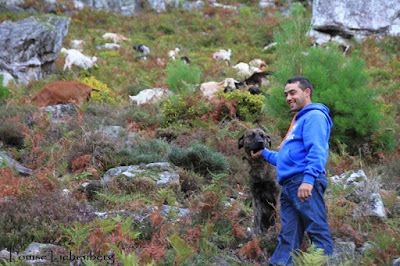 The owner mentioned to Silvia, that this young dog has been seen chasing off wolves and that he felt it would be good to get another dog to help this one. The only catch was,  he really insisted that a another male would be preferable.

During my visits, I would hear that this more often, the shepherds only want males and really could not be bothered with a female dog. 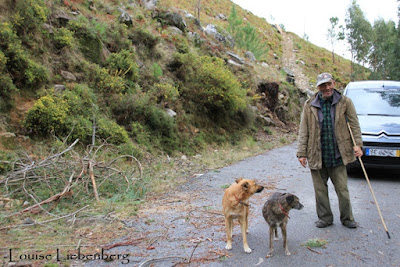 With the protection of the wolf and it expanding further into Portugal,  more and more conflicts arose between the livestock and the predators. These hunting dogs were no match for the wolves, they did not stay with the herds and were often off hunting on their own.
The use of the traditional LGD was almost lost, and the culture of working with these dogs was forgotten.
It was a challenge to even find good working dogs.

The Medwolf project has been giving LGD to shepherds for over 20 years in an attempt to help mitigate these conflicts. The project would donate the dog, and provide food and veterinary care for the dog for its first year. The Project monitors the dogs and do regular checks on these dogs, providing help and advise to the shepherds where needed. 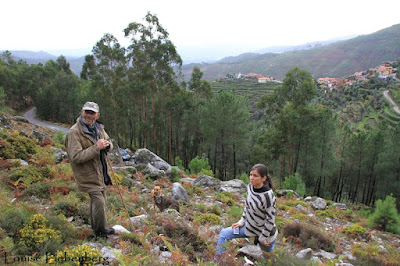 Many of the shepherds are somewhat skeptical to use these dogs, fearing that the big dogs would be unable to work in the mountains, or even, if they would succeed in keeping the wolves at bay. It is often the younger generation farmers who are now looking for, and embracing solutions, and are willing to work with these projects to utilize LGD. 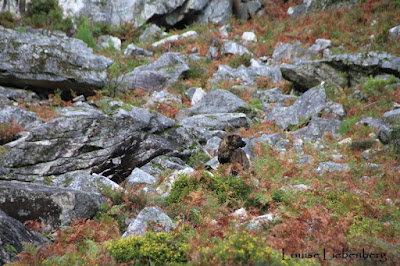 It  is perhaps, the rise of the wolf that has saved many of the traditional livestock guardian dog breeds from extinction. Without the wolf, there would be no need for the sheepdog, and the tradition and culture of the shepherd and his dog would perhaps be lost forever.
Posted by Louise Liebenberg