I cannot believe how busy we have been, that has left me with no time to do any blogging so I have a few things to catch up on.
I will start with the 4-H Achievement day.

Roy did a whole bunch of livestock projects this past year.
He did a market steer, market lamb, prospect ewe lamb, yearling ewe with lamb and mature ewe with lambs.
In total 8 animals to prepare for the show and sale day.

The preparations start way before the achievement day show.
Weeks before the lambs are washed and trimmed.
The hooves are done, the wool is carded and working on getting them well halter trained for the show. 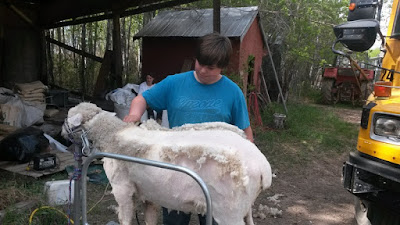 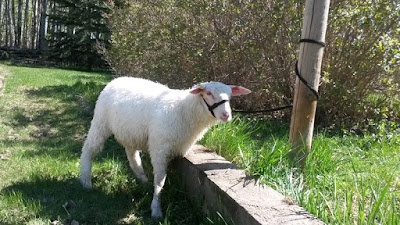 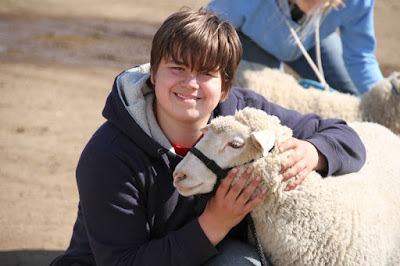 Unfortunately for Roy, his one lamb got quite seriously injured from his mature ewe so that really put a spoke in the wheel on that project.
The lamb is still recovering and we hope that it will be fully healed before the next show.

Roy's steer has always been a little touchy.
He is not mean but if bothered, would kick.
Roy and I spent lots of time working with him.
He has been washed down, clipped and  sprayed down in an attempt to keep his hair on him so he does not shed out ( this failed as he did shed out..).
Jess gave advice and helped Roy with some of the clipping as Rocky was a little feisty.

The animals get loaded and taken to the wash bays at the arena and the day is spent washing and drying the animals.
The black Angus steer gets some black hair dye to colour over the sun bleached red bits.
The lambs was washed with a bluing soap to make them all nice and white. 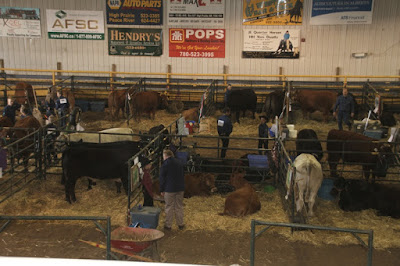 The animals are fed, watered and spot washed and dried.
They get installed into their stalls. 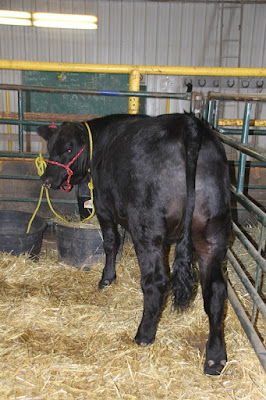 The market steer and lamb get their final weigh in.

The show gets under way. 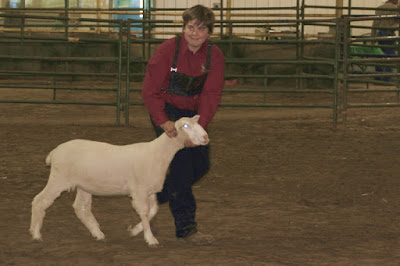 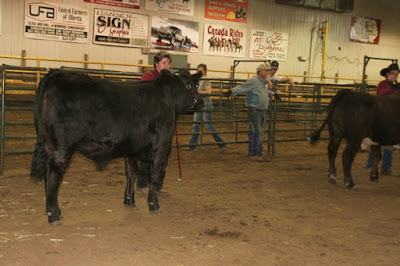 Roy won the ewe lamb class, and placed second in some of the other conformation classes.
He placed 3rd in the Market lamb class, as his lamb did not have as much "finish" as the two above him. 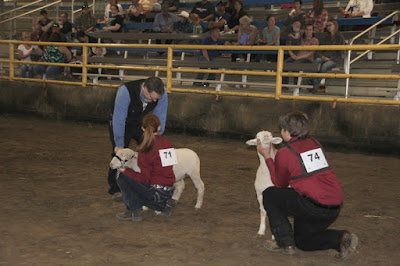 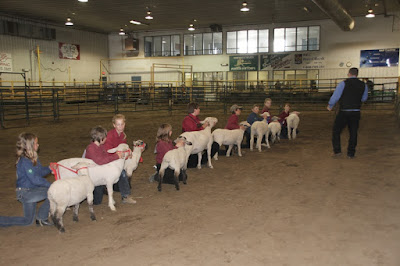 On the market steer he did really well.
His steer Rocky ( home bred) won the Club Champion 2015.
( Jess won the club Championship last year with another home bred steer)
He won the Rate of  Grain. ( ADG 3.3lbs/day).
His starting weight was 530 lbs in November, he finished at a respectful 1278lbs.
Although he did not look huge, he was well finished and was one of the heaviest  steers in the club.
Roy placed second in both grooming and showmanship.
He handled a nervous steer well and we are proud of his achievement. 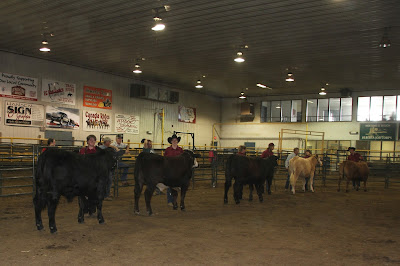 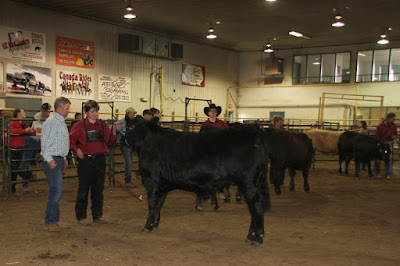 Thank you to all the buyers who came out to support 4-H and the kids.
A special thanks to DELORME ENTERPRISES in High Prairie for purchasing Roy's steer.

Roy decided to donate the proceeds from the sale of his lamb to the High Prairie Food Bank,
a thank you to the Community for all it has done to help us this past year.
Thank you to Len Parke for Purchasing this lamb, all the money will be donated.

As the sheep leader of the club, I am really proud with how the sheep members conducted themselves, they worked hard and  their animals looked great. 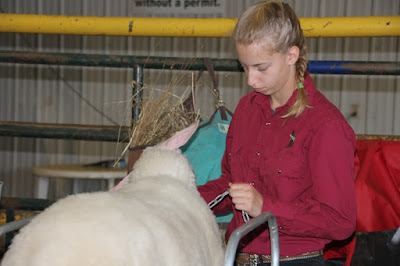