Yep, it is that time of the year again for the rams.
After spending an entire summer languishing in their pasture,
safe from predators,
plenty of food and water,
it is now time for them to go to work. 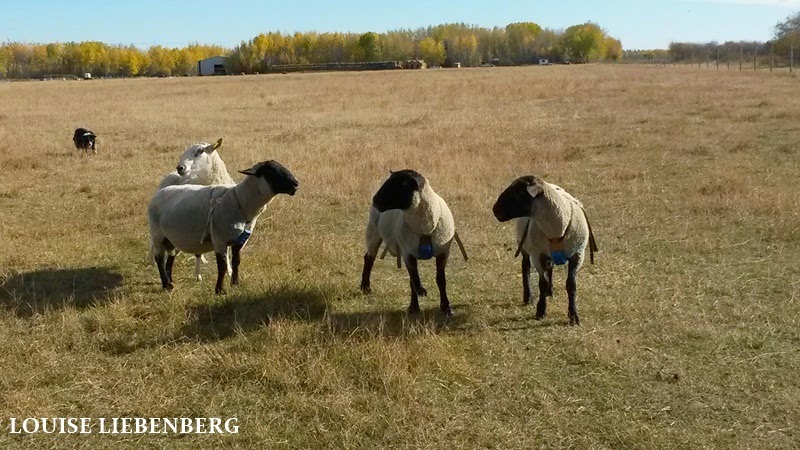 A well developed, mature ram has larger testicles ( circumference)  than an Angus Bull.
He should be able to breed between 40-50 ewes in a breeding cycle.
Rams are all about quickie sex,
no drawn out procedure as with dogs. 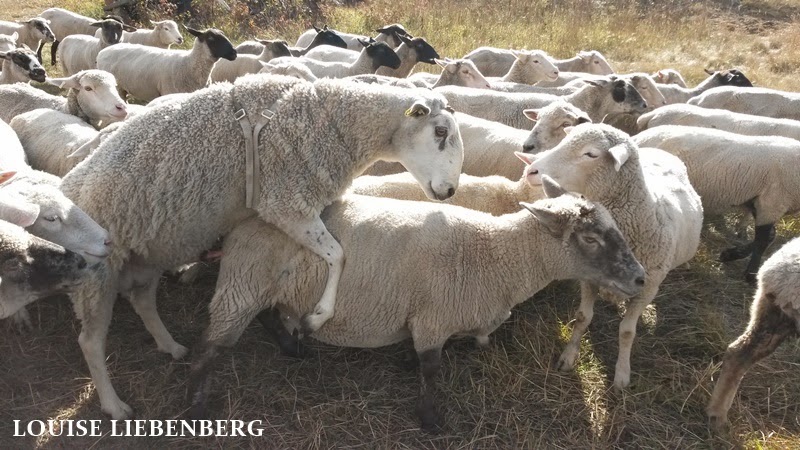 It is the time when the rams lose a significant portion of their body weight as it is hard work to service all the willing ewes.
To ensure they are not overly challenged,
we add in enough rams to go into the flock.
Not only does it prevent the rams becoming overworked,
it also ensures,
that if a ram happens to be shooting blanks,
another ram is available to do the deed.

We start off with 4 and then every week add in another ram to help the initial ones.
This year we have an add one out..
we are letting a Blue Faced Leicester ram breed some ewes.
The black headed ones are Suffolk rams.
This year we have decided to use a raddle again,
it is harness you strap onto the ram.
Between, his front legs is a holder for a waxy crayon.
You place a colored crayon in the holder
and when the ram mounts and breeds the ewe,
the crayon leaves a blue, red green or yellow smudge mark on her rump. 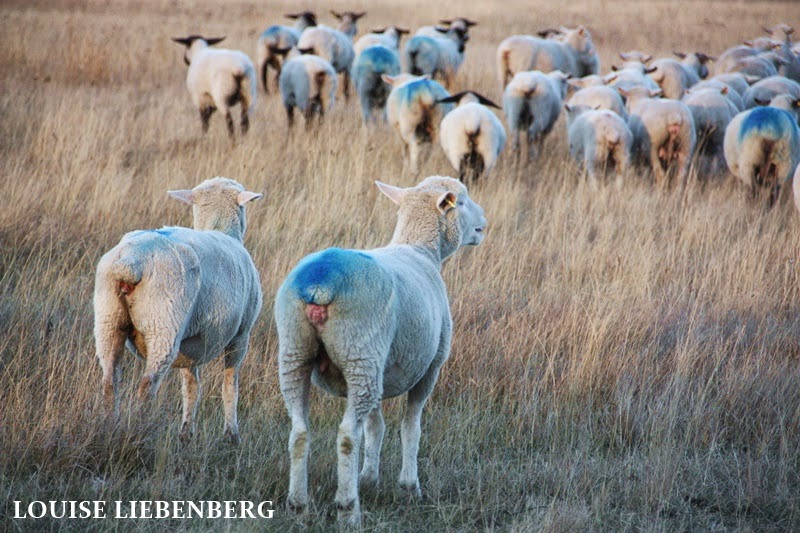 You have good smudges and bad ones..
This is a good one, a nice roundish mark indicating that the ram probably bred her correctly. 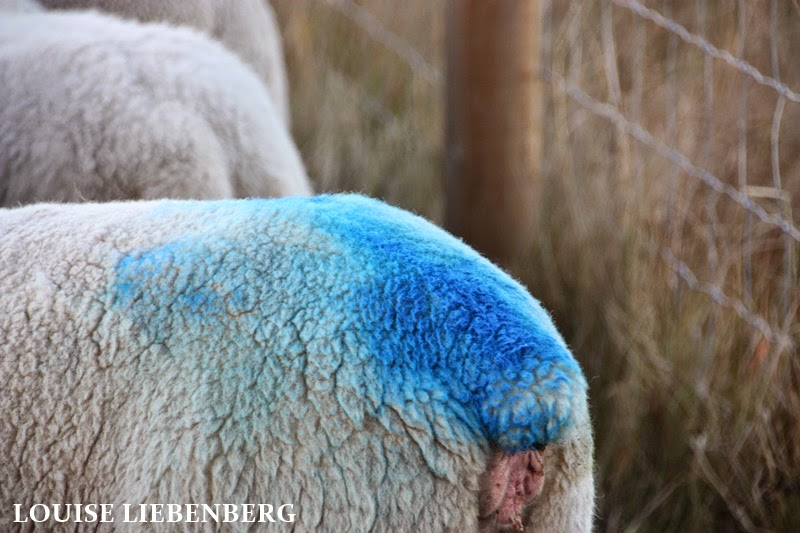 And, then this one..
well, the ram jumped and then slid off, or she moved away,
this ewe has just a few stripes rather than a good mark. 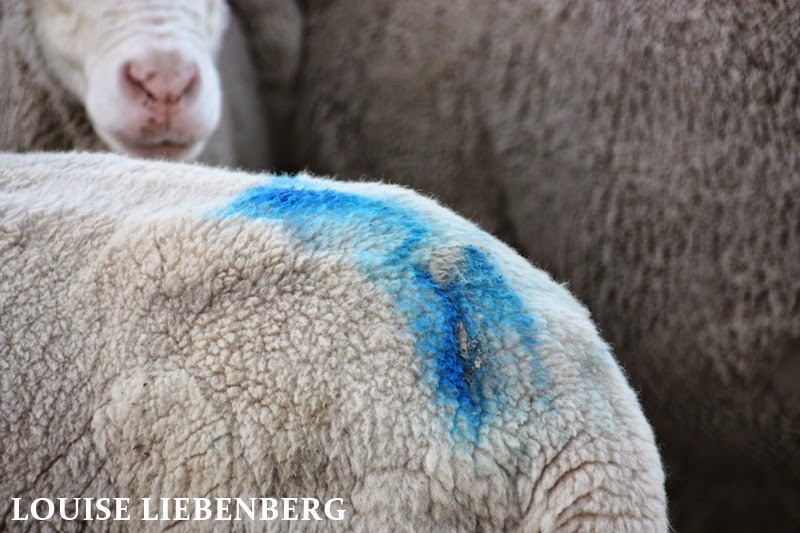 There are many reasons why people use a marking raddle.
We want  to track the number of ewes bred in the cycle,
and to know how many ewes will be lambing at a certain time.

If you change the color after a full cycle ( 17 days), you can also see how many and which ewes got re-bred, as she will now have two colors on her rump.
Although not fool proof, it does give a good idea on how the breeding is going.

After, breeding time, we run the ewes through a chute and let the computer scanner note down who is bred.
It is just another tool in the sheep management tool box.

The rams do not really get the opportunity to have clandestine sex with one of these on.