and, the cows came home..

Due to a very hot and dry summer,
the pastures for the cows were running low,
the weather turned quickly
and the beautiful fall days are making way for some colder ones.

Last weekend we decided it was time to bring the cows home.
As  we have good cows,
I did not expect it to be a big chore  to get them penned up and hauled away.
Roy and I saddled up, while Eric was the ground troop. 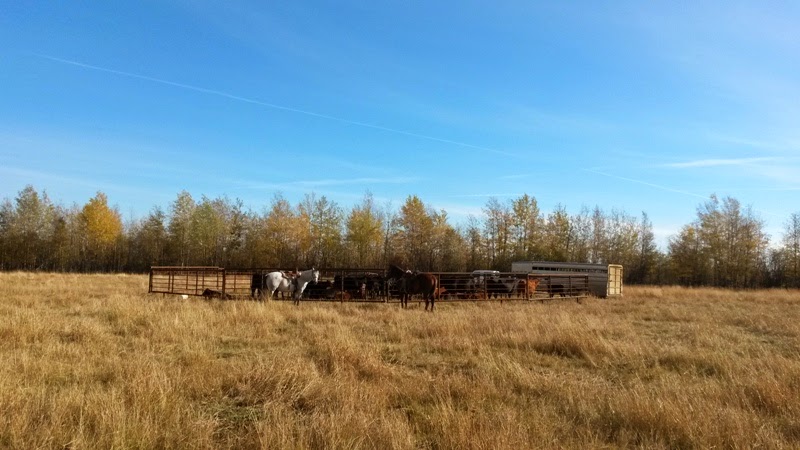 All went well,
and, as  expected it was fairly easy to get them penned up.

Except for one heifer...
This one heifer had the potential to ruin the day.
Every time we headed her towards the gate she would change her mind and dart off in another direction.
Roy blocked her, Eric blocked her and I blocked her.

Eventually, we got a little weary of her fun and games,
so I pushed a little harder than what  my "stress free cattle handling clinician" would have approved of,
Blackie, got the message real quick and made the right choice.
She joined the herd in the pen.

So, we loosened the cinches, tied the horses and got into loading mode.
Five trips and a day later,
they cows were home.

As soon as we released them they recognized their home range,
off they went exploring their old stomping grounds. 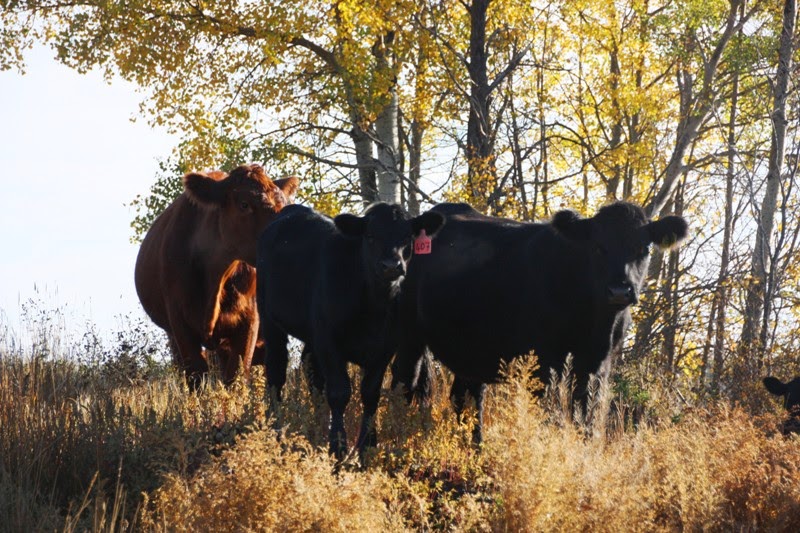 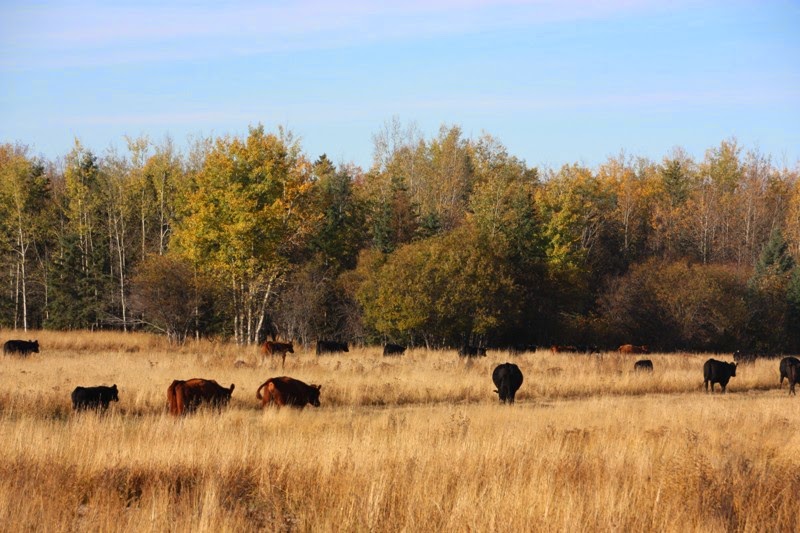 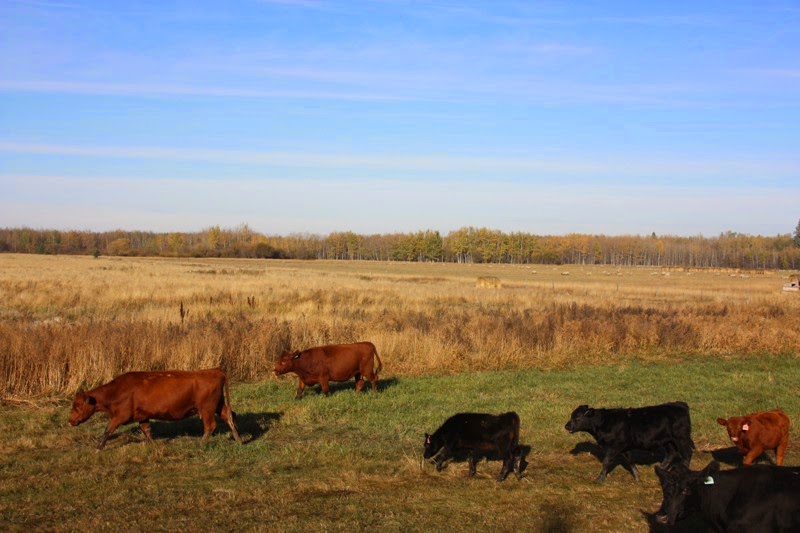 At the end of the grazing season, the sheep ( in the distant background)
and the cows graze all the regrowth.

The dogs came to see what was new,
and they too remembered the cows. 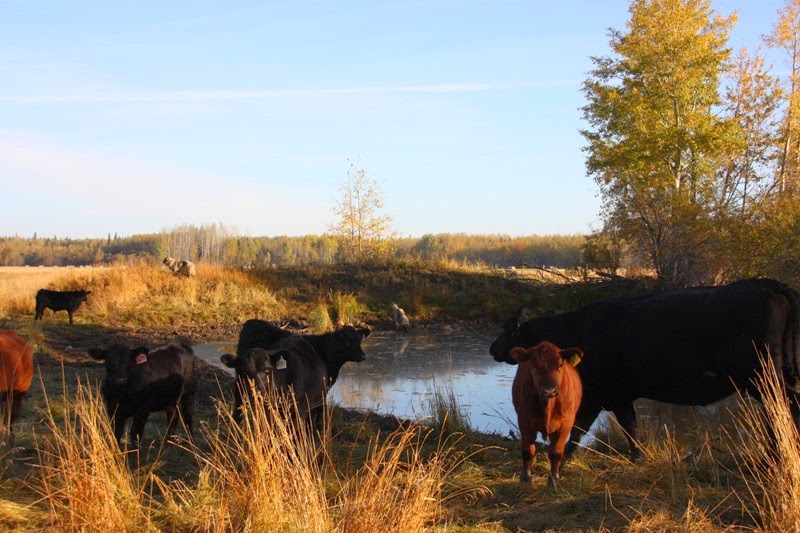 The whole summer the cows are pastured away from the ranch,
the dogs do not see them all this time
and yet, when they return, the dogs have a quick look over,
and things settle back into the old routine. 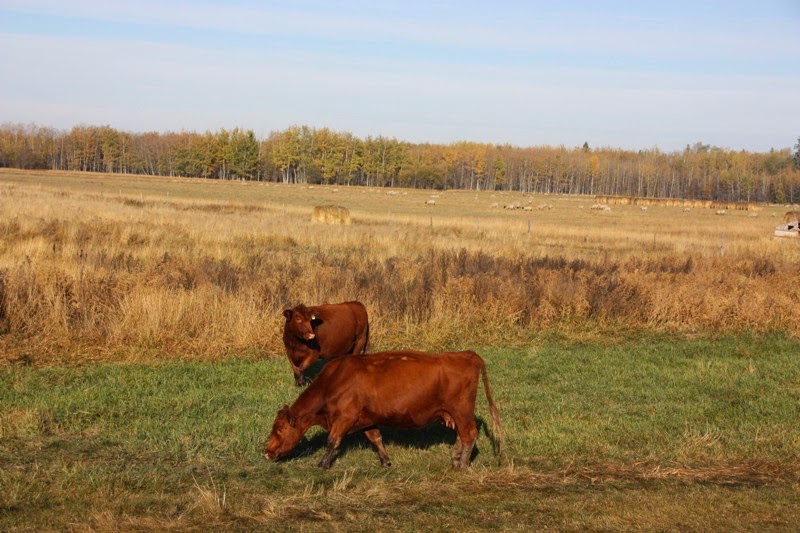 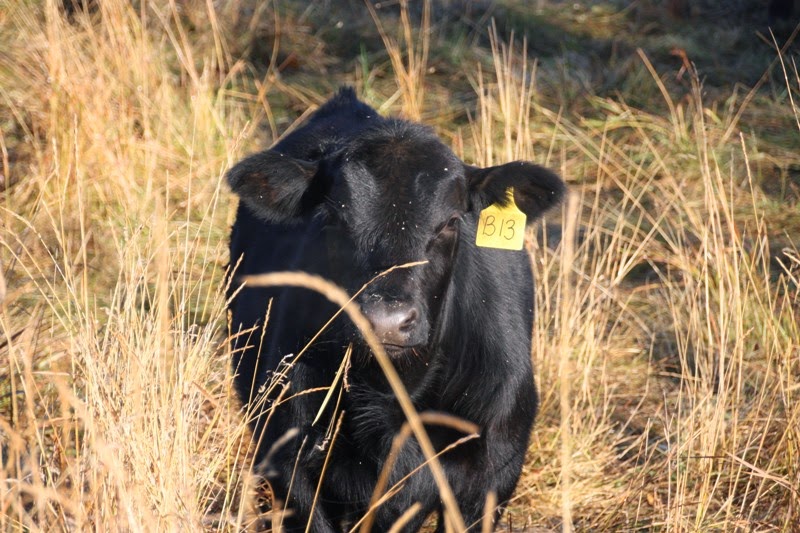 This coming weekend, it is time to move the heifers home.
The cows coming home,
the geese flying south,
the gathering of the Sandhill cranes,
the leaves blowing off the trees and the first little bit of snow
is a reminder that winter is headed this way.
Gathering the sheep this evening with the first hint of blowing snow for this season. 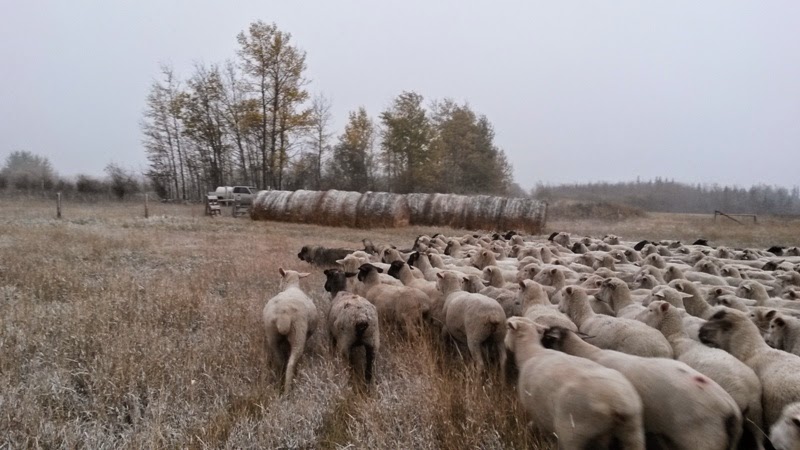 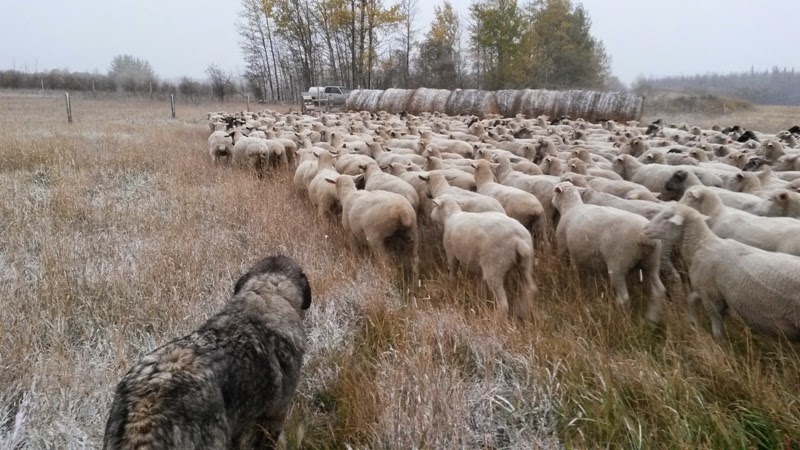 It is a time where I feel a certain restlessness,
a  touch apprehensive of what is to come,
and melancholic of what has been.