We bough a bull,
his name was Big Willem,
he has now become,
a Big Mac..
That is the short story, here is the somewhat longer version... 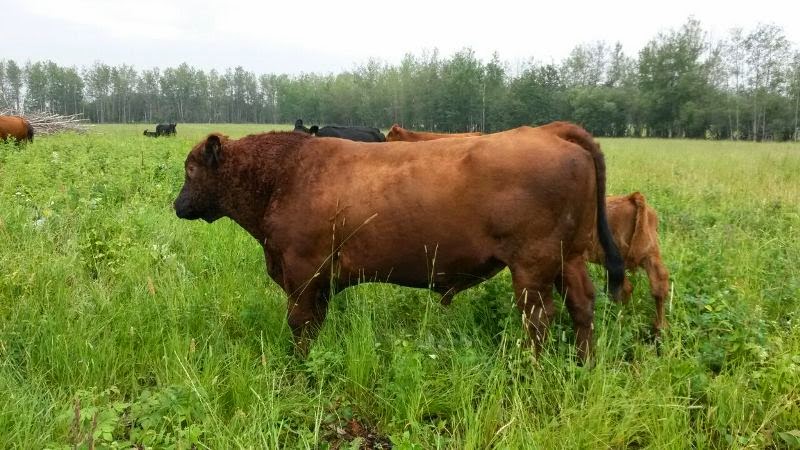 We needed some fresh blood so decided to buy an older Red Angus bull from a well established herd.
The only problem really was that Big Willem, as he was affectionately called,
was on the far side of old. 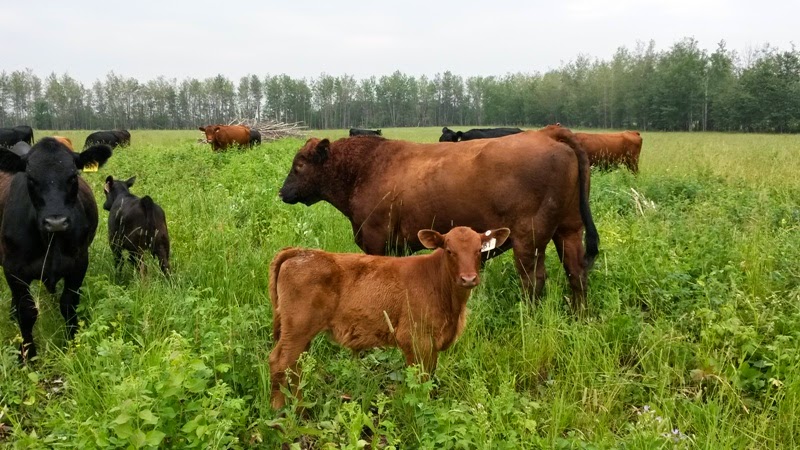 He flunked his semen test, but despite that,
we decided to let him have a shot at some breeding,
in the hopes of getting  one or two bull calves from him.

Yes, we do have a back up bull,
just in case Big Willem was firing too many blanks.
This is Blackie, the buck up bull. 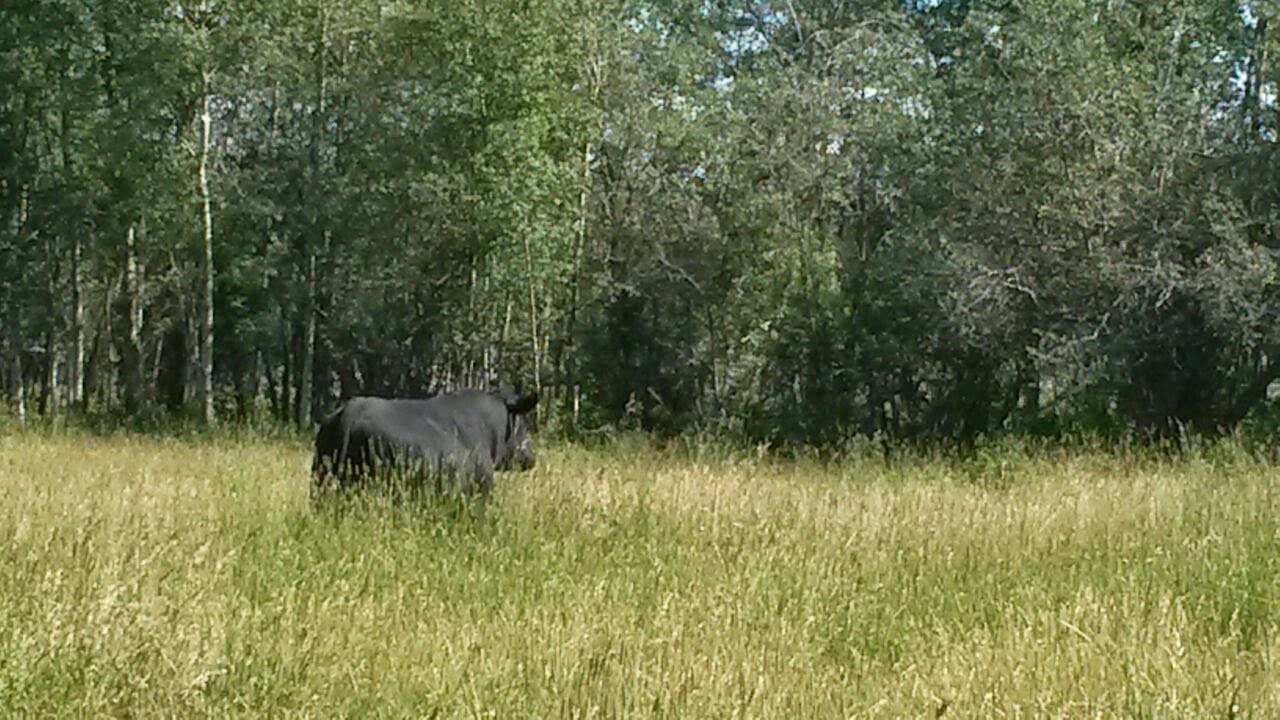 So, in he went first with the heifers,
while Blackie serviced the cow group,
then we did a switch,
to ensure all had the bovines had exposure to
both BW and Blackie.
Just in case.. 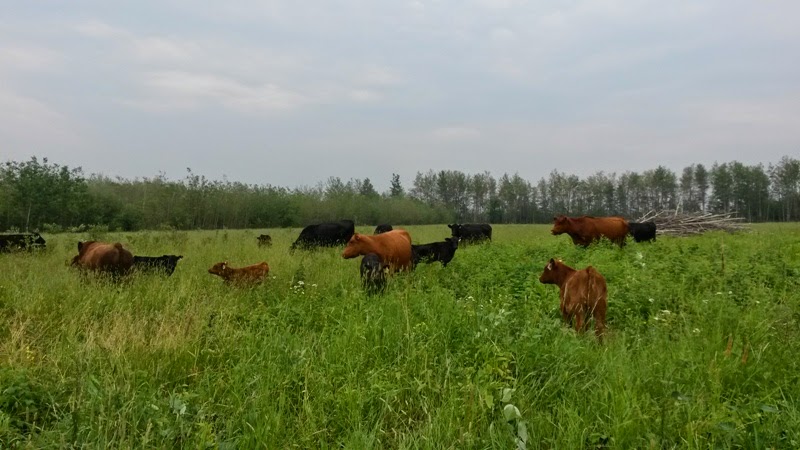 So, with breeding season done, it was time for Big Willem to leave.
As, Jess decided to leave us and run off to college, on the other side of Alberta,
I was short some help in gathering and moving the cows.
So, Roy had to "cowboy up", pull his boots on and get with the program... 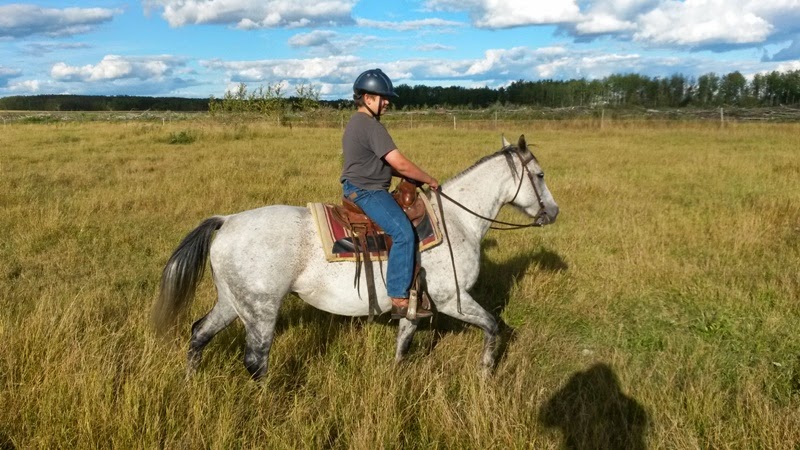 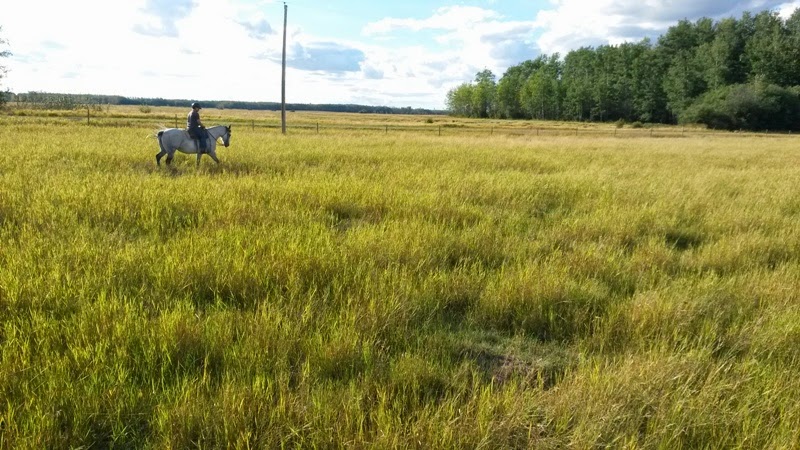 We gathered the heifer group where Big Willem was still hanging out,
we gentle pushed them to the corrals. 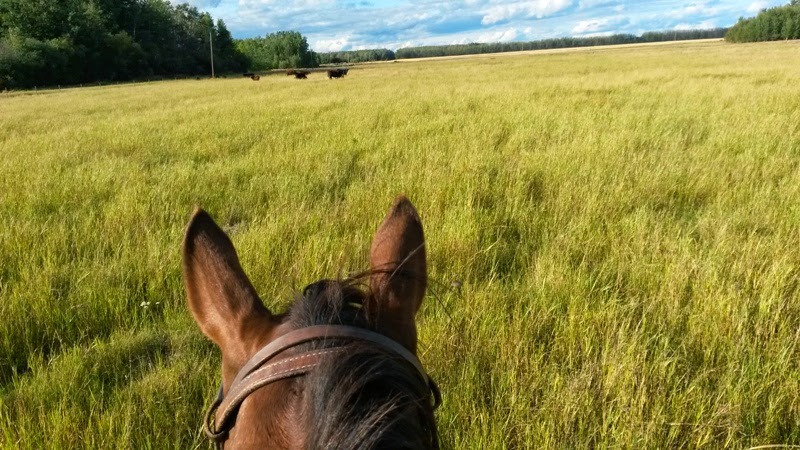 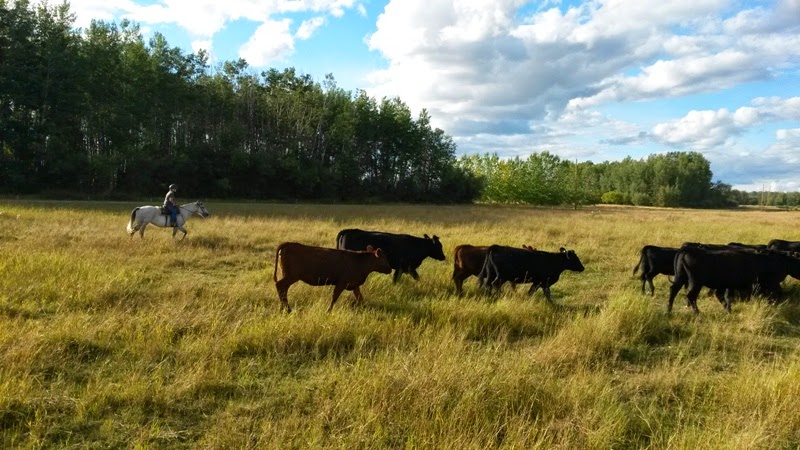 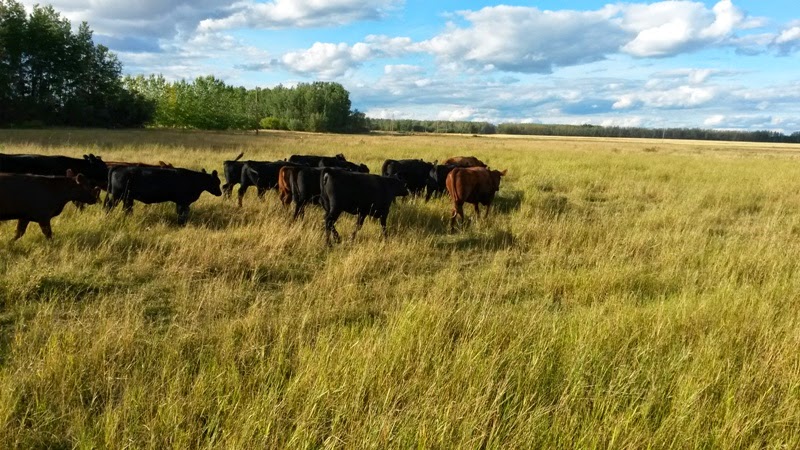 Once corralled. we moved BW into a smaller pen
and let the heifers go back out to graze the last fall grass. 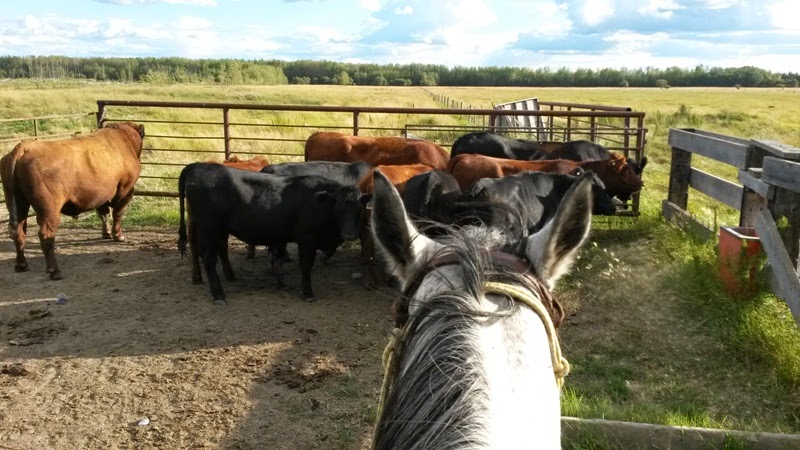 The truck was lined up and would come the next morning to collect BW to take him to the auction. 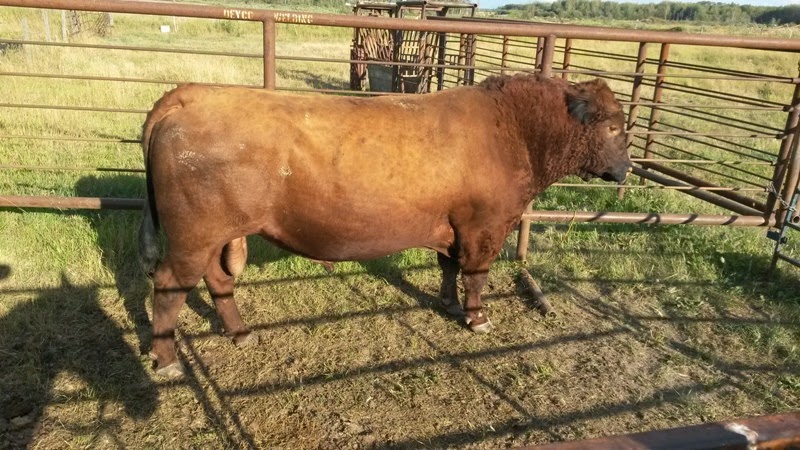 Big Willem was not amused and was,
in fact getting progressively grouchy about this arrangement.
We decided to feed and water him in his pen to try and calm his anger.
When Eric got there with a hay bale,
Big Willem was in the process of hoping over the cattle panels to rejoin his herd.

Eric ran to stop him from clearing the final panel,
but there was nothing to do to stop the old bull. ( He is 9).
he was up and away.

He disappeared into the sunset,
and with that,
delayed his fate with destiny by a week or two.
So, round two.
The herd is in our sights, once again.. 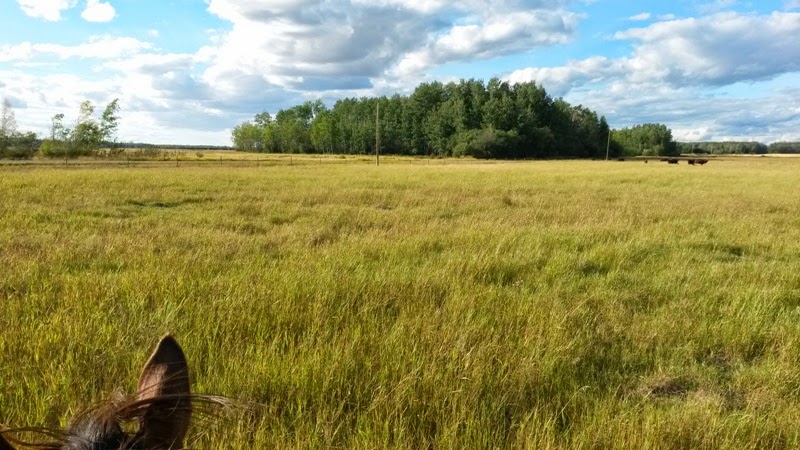 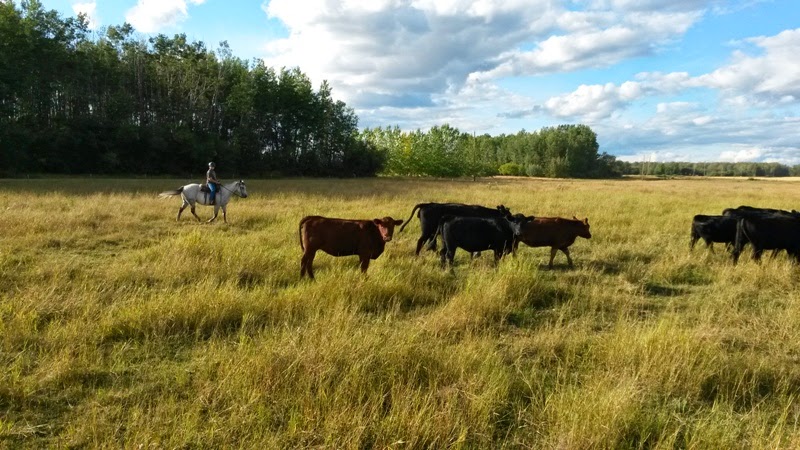 Roy and I repeated the above  mentioned process of gathering, corralling and  penning,
the big difference this time is that BW did not get to hang out in his own pen,
he got loaded directly onto our trailer.

He had to hang out in the trailer for a day or two before
making his last, and inevitable trip.

And, that is how Big Willem, became a Big Mac.
The End.

PS: We hope to have a few little Wills running around our pastures next spring.
To be continued, next year.
Posted by Louise Liebenberg