I need a herding dog every day here on the ranch to help me move stock, sort, lamb, handle, treat and bring back and fourth to pasture.
I will not even go and check the sheep without having a collie at my side.
I hate to call them a "tool" as they are way more than just a tool.
They are my work partners and companions.

Here is Lad doing some of the work on the ranch: 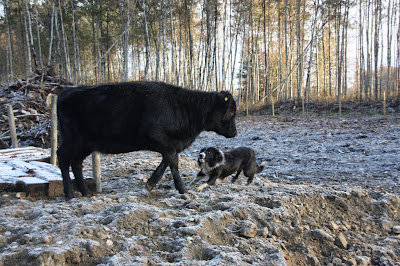 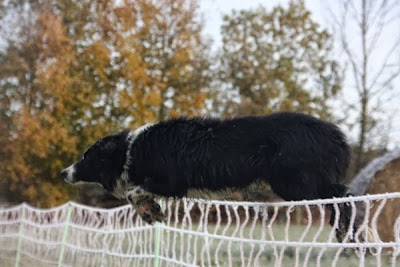 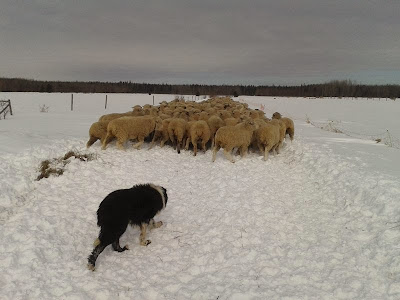 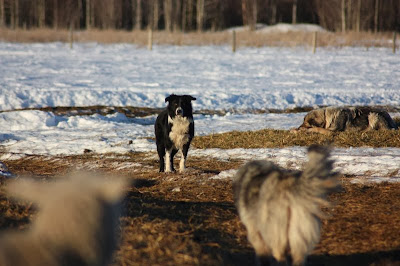 Over the years I have had a lot of collies, some stayed a while for training before being sold, others I have had just to train for people.
I used to be fanatical about training them and going to sheepdog trials, and have achieved a reasonably high level in trials while living in both South Africa and the Netherlands.
I have been Dutch Champion ( practical course), Best Lady handler in both SA and the Netherlands and have twice been 4th at the Continental Sheepdog Championships.

I know a good dog when I see one.
As time is a big limiting factor, my interest in trialing has waned and I am now more focused on having great work dogs here on the farm.

When we moved to Canada we brought a number of collies with us, some of which, are still with us today. One of those dogs was Lad, he has been by my side ever since Eric bought him in Wales many years ago.

We bought Lad with the intention of sending him to Italy, I started working him and told Eric that there was no way I would let that dog go.
So, I just dog  napped him and he has been my go to dog ever since.
He truly is my soul mate and I have found it harder and harder to see him grow older.
He still worked hard but I have noticed, that it is time to (semi) retire him.
He more than deserves to have a break and not have to do all the hard jobs anymore.
He got rolled by a cow and the realization hit home that he is just not as agile as he used to be.

I have had a few young dogs, but in all honesty I have failed them,
due to not having enough time to bring them on.

So, although they work, they are not "go to dogs" or ready for the work I need them to do.
One of the young dogs is a little soft and needs time.
My other dog, Roxy spent  most of this spring recovering from a very serious injury, so she can now be eased into work again.

So, after the loss of Sheila last spring, Lad ageing, Roxy's injury and a young dog, I realized I needed to find a new work buddy, one who can step up into Lad's place and do the chores for me directly.

I was starting to wonder if I would find the dog I need,
and, asked some friends in Europe to keep an eye out for me.

Last week I got a call from Pam, she had a 5 year old male that may make a great chore dog for me.
After chatting  few days and seeing a video,
I decided that this was the dog for me.
I took the plunge and bought him sight unseen,
I had enough confidence to  know that I would be able to work with this dog.

So, this is Bob, my new chore buddy! 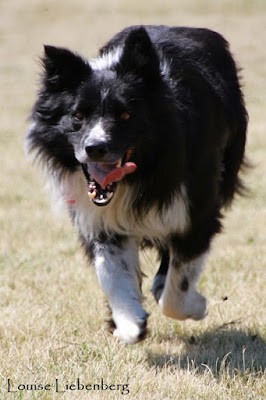 The night I collected him, I brought him home and took him to the sheep.
He cooked his ears when I said in my South African accent "Away to me",
he looked at me and off he went.
He took all his commands and we had fun together.
The next day, I did a demo with him at a Canada Day celebration and all went great.
He has since moved the flock too and from the bush, and gathered some wayward sheep from the bull pen. 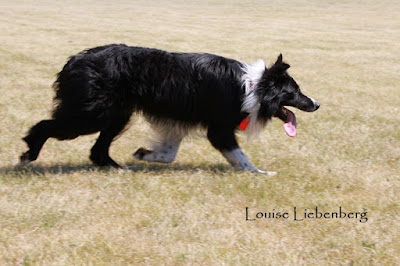 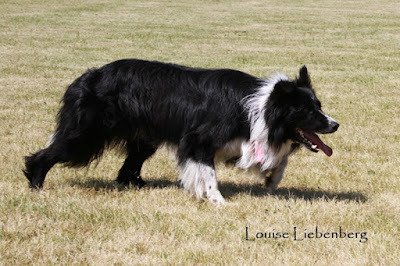 I am so excited to have him and I feel I can now let Lad have the break he deserves,
I am sure Bob and I will become BFF.

Thank you so much Pam for allowing me to buy this dog from you.
You have trained him very well and he is exactly what I have wanted in a dog.
I look forward to the next few years with him and will start looking for another dog in a year or two  so that I do not get into the same predicament as I did this spring. 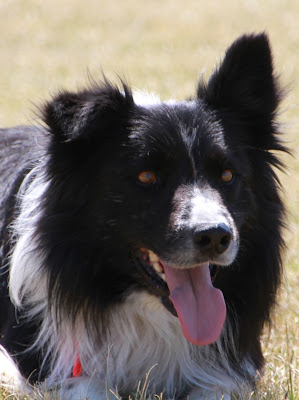 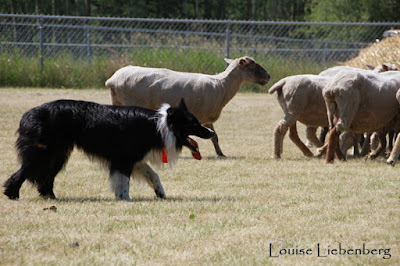 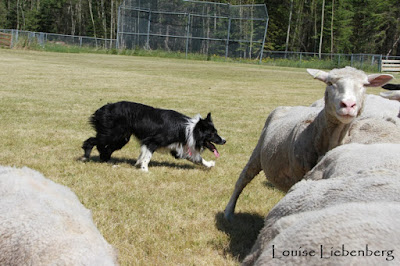 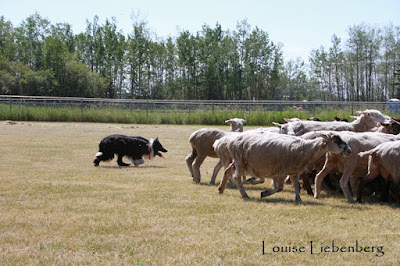