I have not blogged at all these past few weeks due to our trip to Macedonia.
Planning and preparation to go away, is a huge undertaking.
Thank you to our kids, friends and neighbors for helping making this trip possible for us.

The main purpose of our trip was to go and collect our new puppy.
A young male, who hopefully will grow up into a great livestock guardian dog, a well built specimen with a stable and balanced temperament.
Hopefully, he will become the next stud dog at the Grazerie.

We decided to collect him and spend a few days in Macedonia to see the country, visit with shepherds, see their dogs, and see their sheep.
Thank you to Ariton, who went above and beyond to show us what we wanted to see.
The discussions and different view points,
were great to broaden my view on these dogs.

My part one will primarily be about my impressions of the land and the people,
as I believe it leads into the more specifics of the shepherds dogs we saw.
Understanding the terrain where these dogs live and work, gives a clearer understanding of their job and what it entails.

Our few days in Macedonia, does not make me an expert on Macedonia.
All I can write about are my experiences and my perceptions,
which may be wrong,
but it is, how I perceived them.

So, let me start off with a little geography.
Macedonia, is a small, land locked mountainous country in the south east part of Europe.
It is part of the Balkan region.
It was once part of the bigger Yugoslavia.
After the Balkan wars, it gained its independence in 1991 and become known as
The Former Yugoslav Republic of Macedonia ( FYROM).
It is bordered by Albania, Greece, Kosovo, Bulgaria and Serbia.

The population comprises many ethnic groups.
The land is rich in history.
Some people pointed out, that a large amount of money that is spent on large statues of Alexander the Great and other famous dignitaries,
could, perhaps have been better spent on the people themselves.
The politics of this region is too complex to even touch on here,
however corruption, black market and poverty,
does not instill a feeling of long term political stability to me.

Another, point to notice is that Macedonia is not totally westernized, an example is:
MacDonald's, came, saw, developed
and, failed miserably!

We  visited a few cities, Skopje, the capital,
Ohrid and Kumanovo. 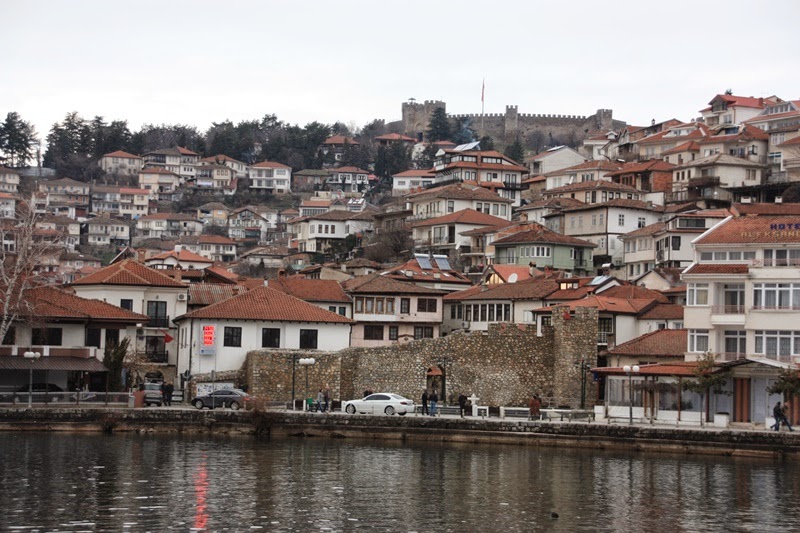 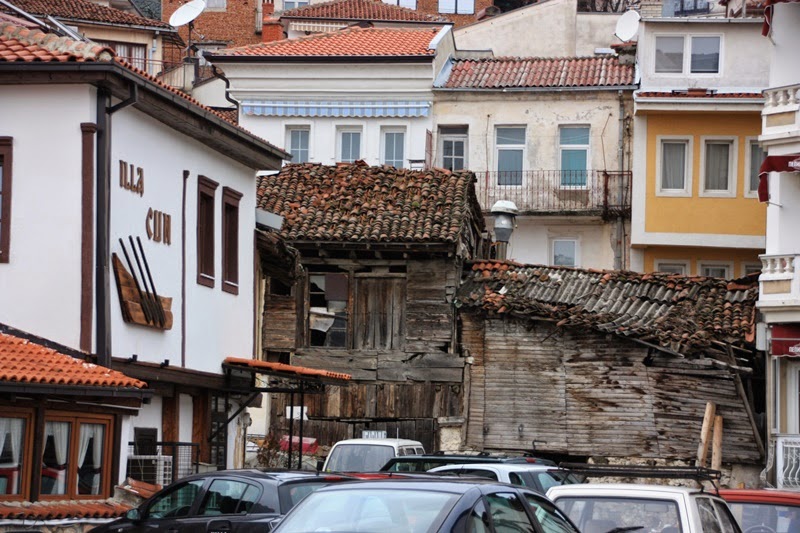 The whole country is a touch larger than our local Municipal District here in High Prairie ( our MD 24 000 and some, kms),
while Macedonia, covering about 25 700 square kilometers.

The flat agricultural areas are concentrated along the valleys. 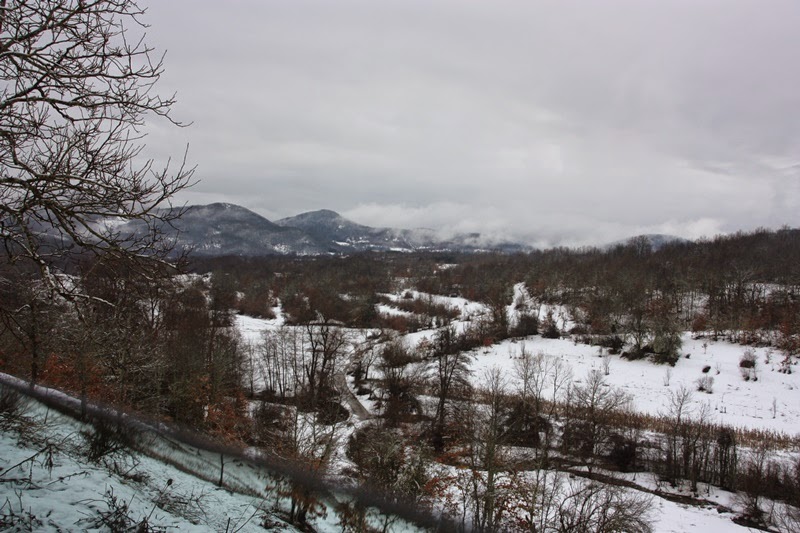 The climate is temperate, ranging from Mediterranean to Continental. The summers are hot and dry and the winters are ( in my opinion) mild.  The high mountain peaks were,  snow capped and the country has plenty of rain and moisture,  even while we were there.
I would describe the climate as a "growing" climate.
All kinds of fruit and vegetables can grow in this climate due to the warmth and amount of rain it gets. 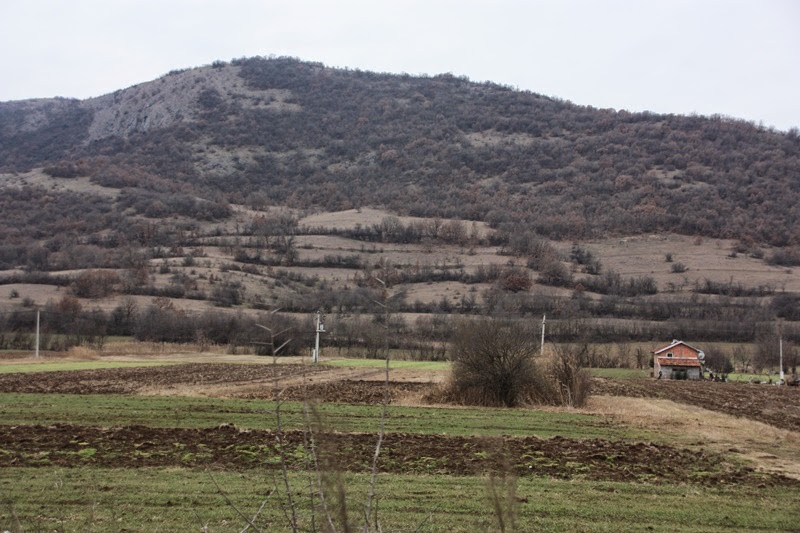 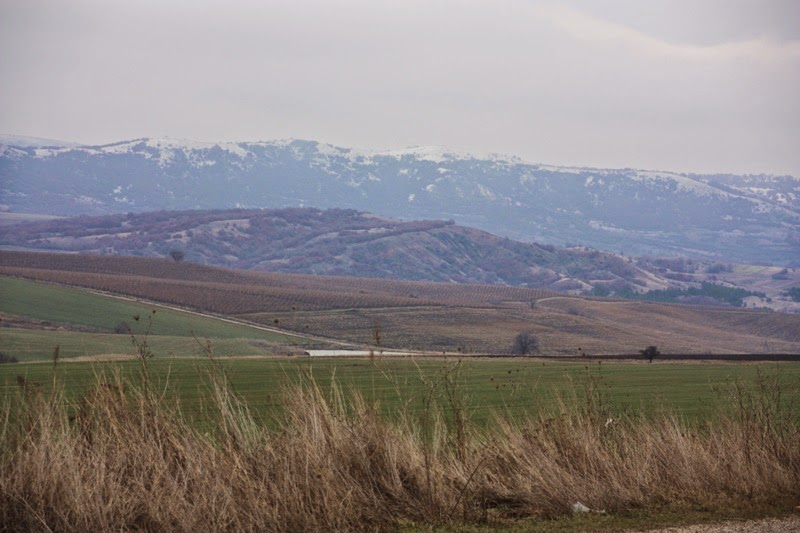 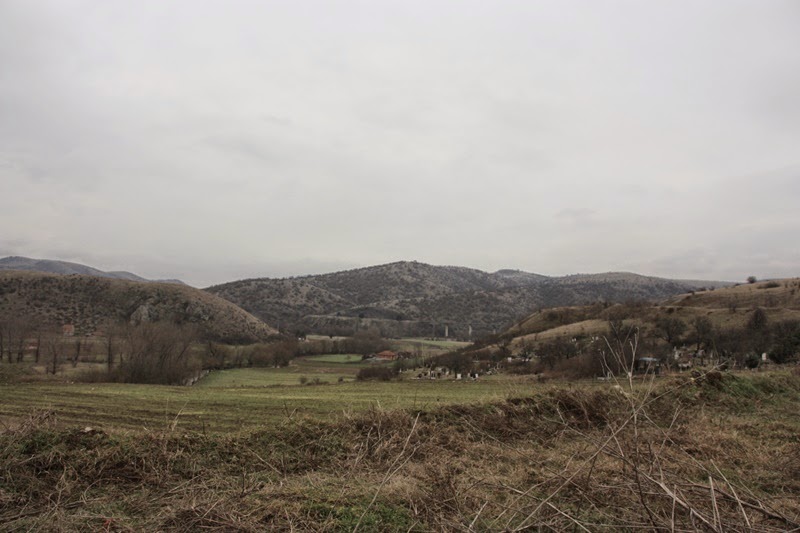 In 2009, livestock production contributed 30.9% of the total value of national agricultural production.
(http://www.climateadaptation.eu/macedonia/agriculture-and-horticulture/) 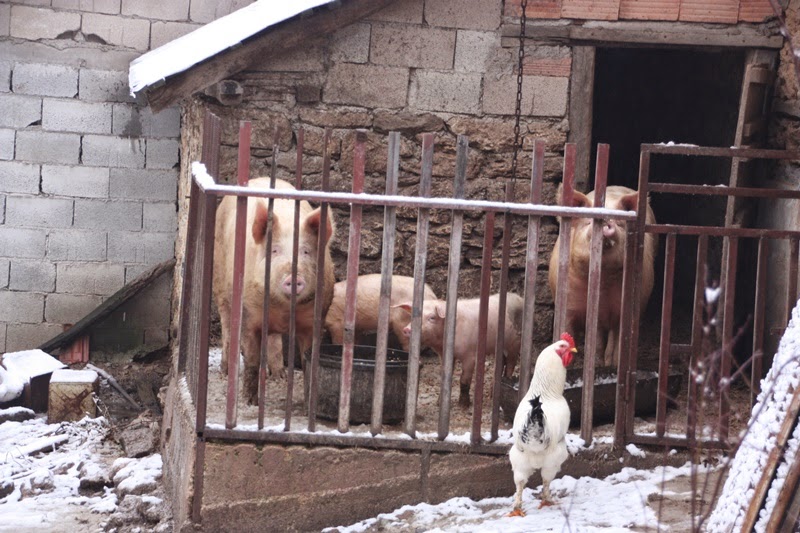 On our travels we saw very little "livestock production" simply because it was winter and the animals are mostly housed indoors. The breeds we saw were mostly mixed breeds. Most of these crossbreeds had a base in the native, aboriginal breeds mixed with higher productive breeds, in an effort to improve the production capabilities of the stock.

All the sheep we saw, were milk sheep,  for dairy production.
The sheep had typical dairy sheep appearance.
It was lambing time for the ewes,
the lambs remain on the ewes until the shepherding season starts, late spring and summer.
After the lambs are weaned, the ewes are milked through the summer until fall,
producing about a liter of milk per day after weaning.
We asked the shepherds what the milk production was, per ewe, per year; it would average between 3-400 liters, which compares to other dairy breeds in Europe. 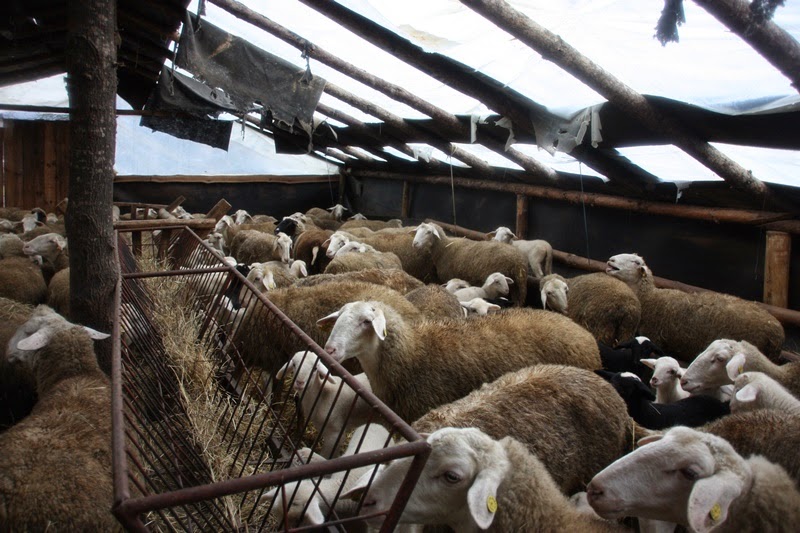 The lambs were sold directly after weaning, at a weight of about 15 kgs live weight.
These lambs were sold primarily out of the country.
Lambs that were eaten were butchered at this weight.
The people we spoke to, felt that a lamb of 110 lbs was,
well,
not a lamb anymore. 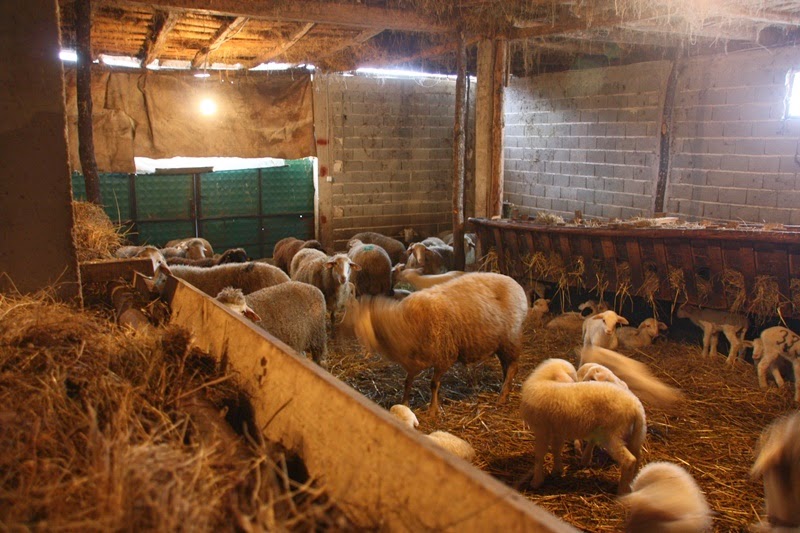 From the milk the families make a feta type of cheese,
it is a staple and is placed on the table to eat whenever you sit down to socialize or at meals.
Each family have their own recipe and each cheese is unique in taste.

This cheese is superb and should be exported to the rest of the world.
Small quantities are exported, however nothing in the magnitude that would benefit the whole sheep industry.
They make a second type of hard yellow cheese called Kashkaval,
another delicate flavored cheese. 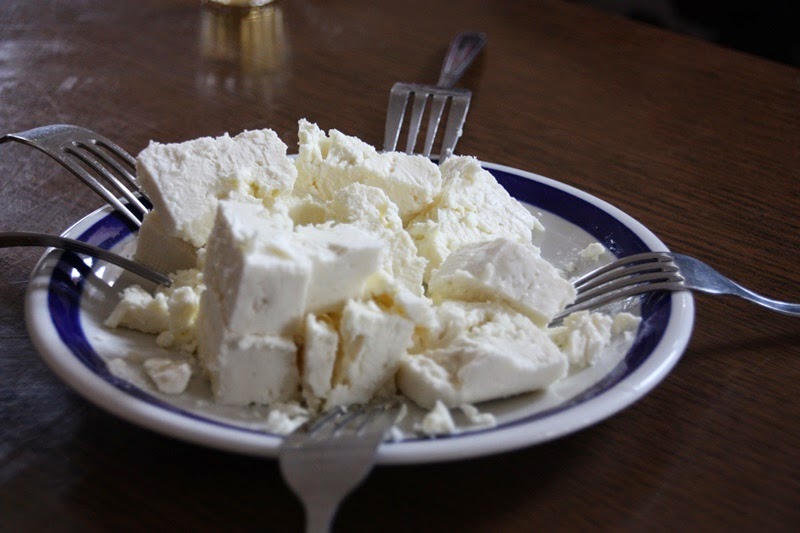 The sheep are grazed and milked on the high mountain pastures in summers.
These pastures are rich in varieties of grasses.
ideal land for sheep keeping.

The hills and slopes at lower elevations are covered with oaks and a variety of bushes and shrubs.
These brush covered slopes are ideal for predators who can easily conceal themselves.
I asked some people what they estimated  the wolf population to be, although no one knows for sure it was suggested that  they are in the range of about 800-1000 wolves,
and about 200 bears. 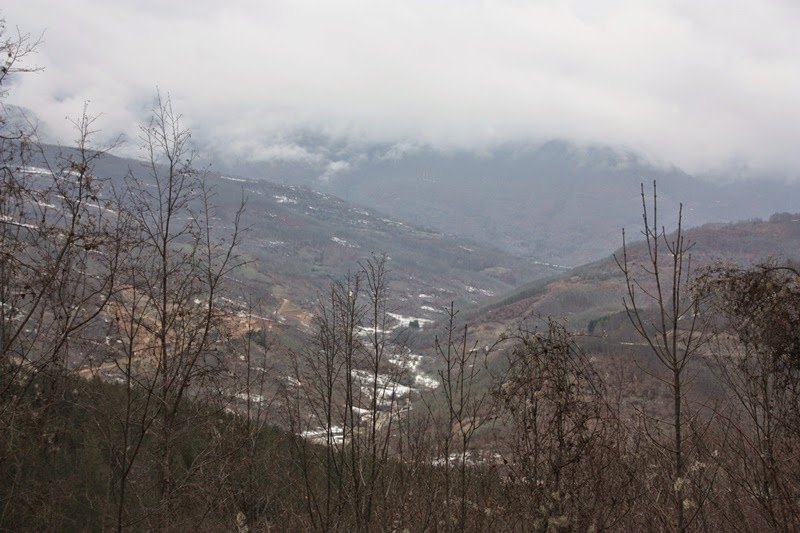 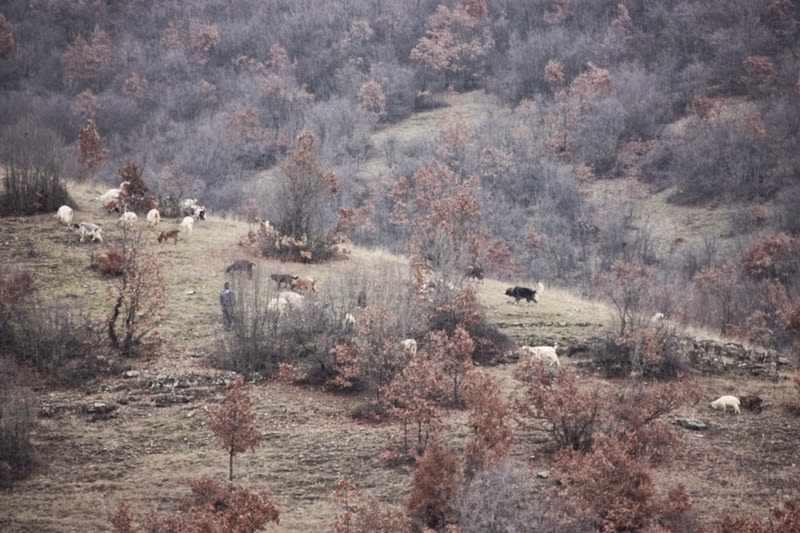 The shepherds and their dogs spend the summer in these camps, milking the sheep and grazing.
In the fall and winter the sheep are housed in the villages in small barns, where they may graze around the village and on some cultivated lands surrounding the villages.
The winter is lambing time.

Shepherding is regarded as a "lowly" job, with shepherds not making more than 2-300 euros per month.
They live primarily at subsistence level, making their own cheese, alcohol from grapes ( Rakija)  and growing vegetables and baking their own bread.

They spend their days hand milking the sheep and grazing the flocks.

The economics of sheep keeping is poor.
The cheese is often sold on the black market to supplement income.
Selling the white feta like cheese to the EU seems to be problematic due to health, import rules and distribution problems.

The lambs when sold, are only paid out many months later,
there is no market for finishing older lambs,
veterinary costs are  high so flocks are often treated in "traditional" ways.

The villages are huddled together, with your neighbor, in some cases, just a few meters away.
Small barns and sheds house the animals.
Most villages and houses are built on slopes, due to the mountainous nature of the country. 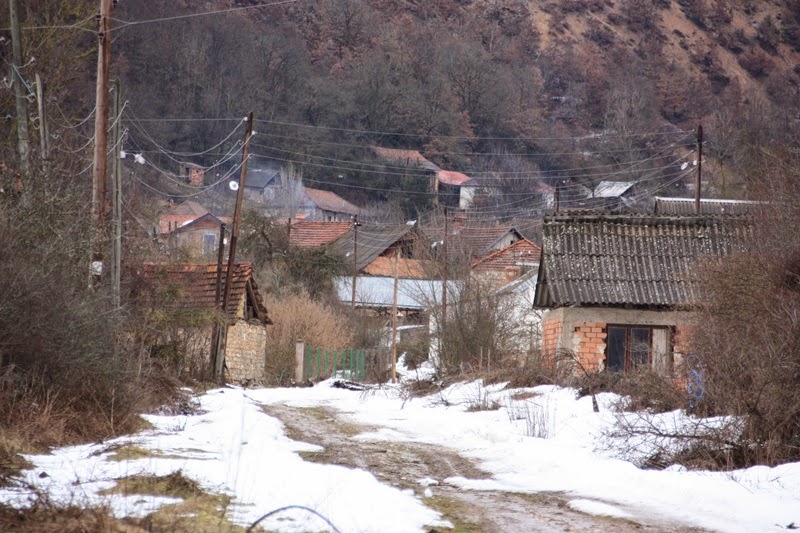 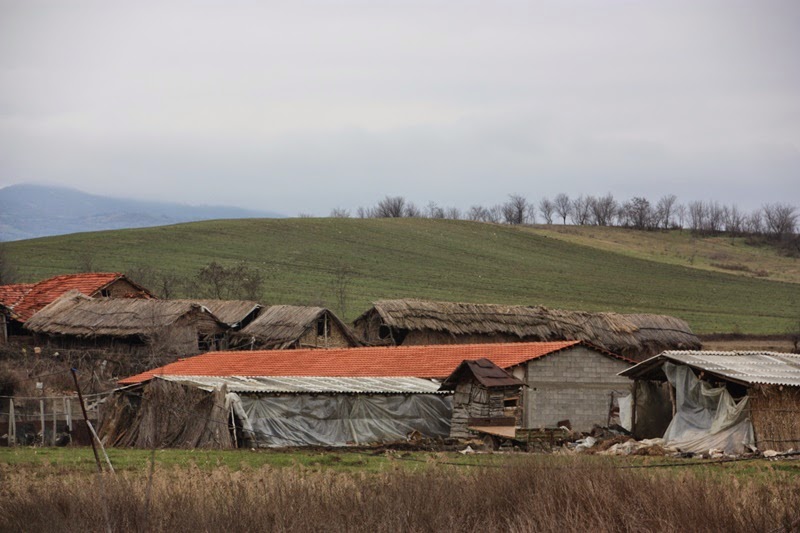 What I hated most about Macedonia was the garbage everywhere.
It is a beautiful country tarnished by plastic, garbage piles and dumps everywhere. 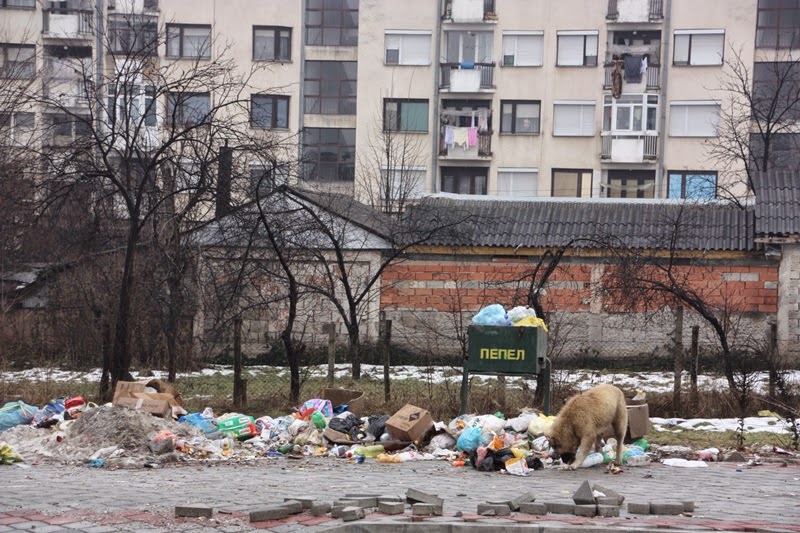 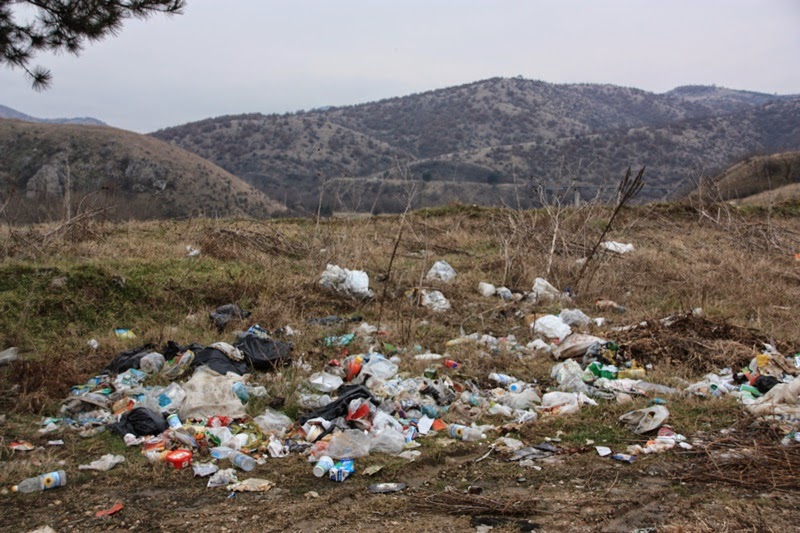 The only wildlife we saw where are few buzzards, some crows and a few other bird species.
Hunting and poaching is a popular pastime.
The lack of wildlife, saddens me.

We ate like kings,
and the hospitality of the people and our hosts was incredible. 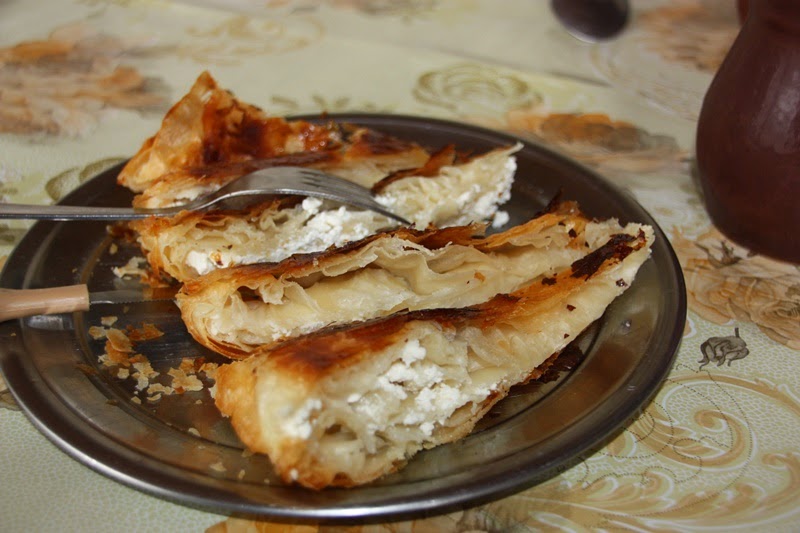 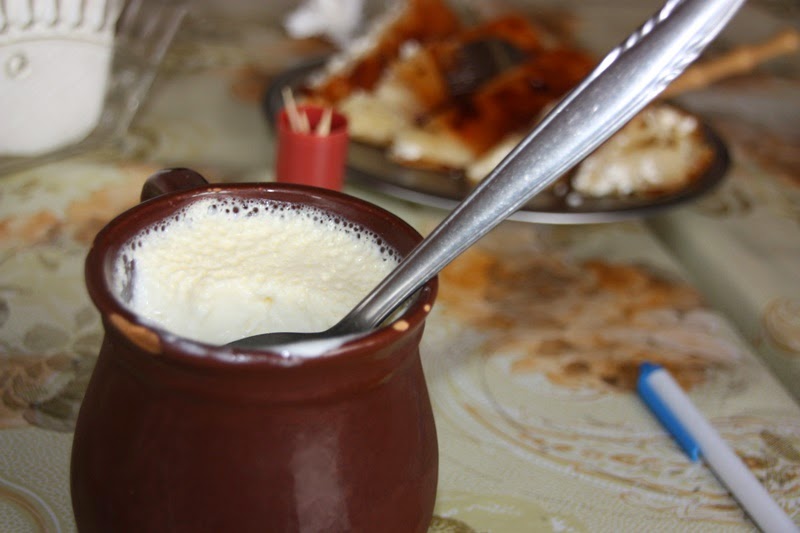 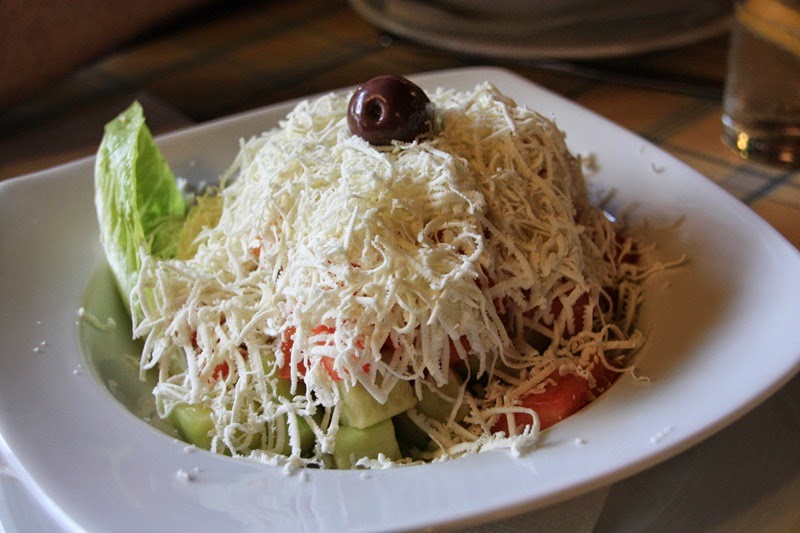 One of the questions,  I was asked on Facebook,
was whether or not we would move there..
well, no.
Not enough space, wildlife and way to warm for me!!