The workload has been a little overwhelming at times.
So, unfortunately blogging is then moved to the lowest priority on my things to do list.
A lot of things has happened so instead of one long post,
I will just back track some a slowly do a catch up.

The ewes and lambs are grazing off the ranch at the moment.
They are grazing down the road on a neighbors land.
We use electric sheep nets to keep the sheep in place,
not only does it keep the sheep in but of course also works as a predator deterrent.
This pasture is part of a bear's den area. 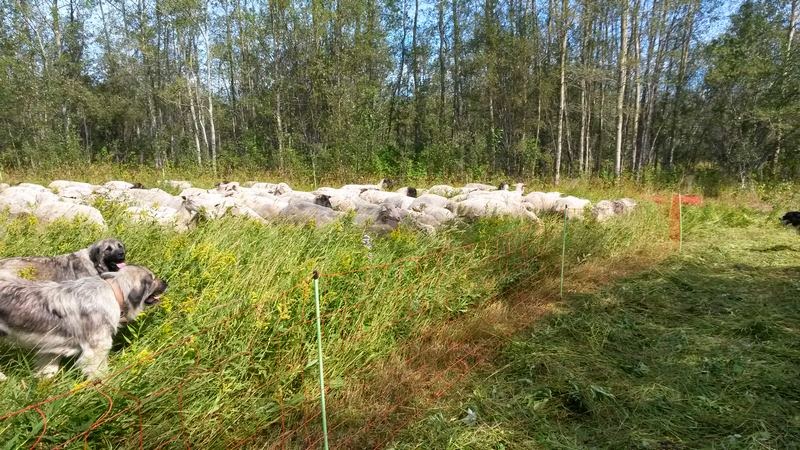 Of course, our trusty dogs are also part of the move.
With some of the females in season, we have an all bitch group with the ewes,
with the boys staying home for now. 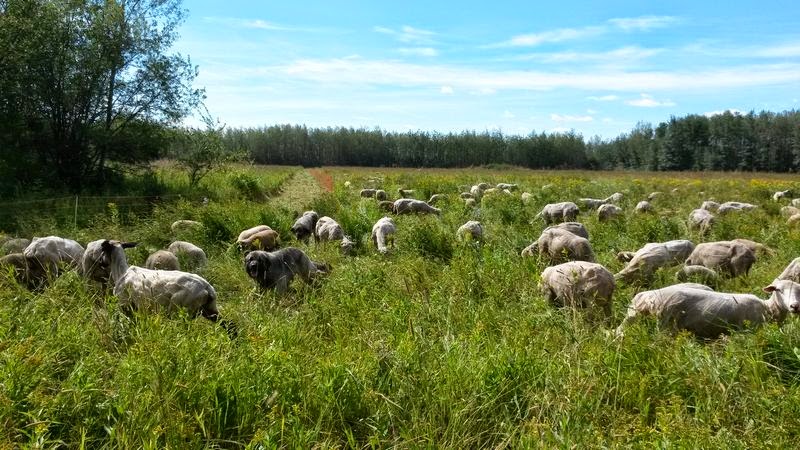 Last Friday night a storm rolled in causing the electric nets to snag on the earth pin,
causing the net to short out.

Part of the flock decided to head home,
another group of escapees moved a head on the pasture,
and the ewes who did not dare to cross the downed net, remained behind.
By the time we had heard that the sheep were out ( thank you  Martien and Roeby),
all the groups had moved off in different directions.
We spent some time gathering the sheep from dark pastures and bushy areas in the dark!

The great part was that each of the dogs decided to split up.
Lucy went with one group, Mali with the second and Fena remained with the sheep in the nets.

It always makes me happy to see that the dogs respond in an appropriate manner when the circumstances change. 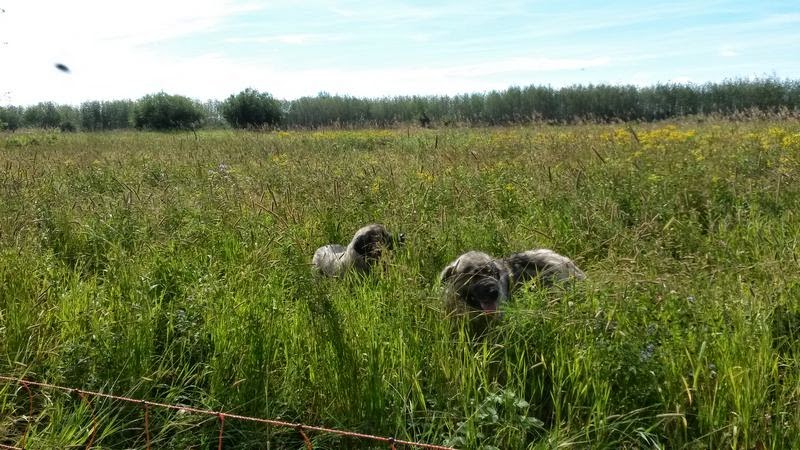 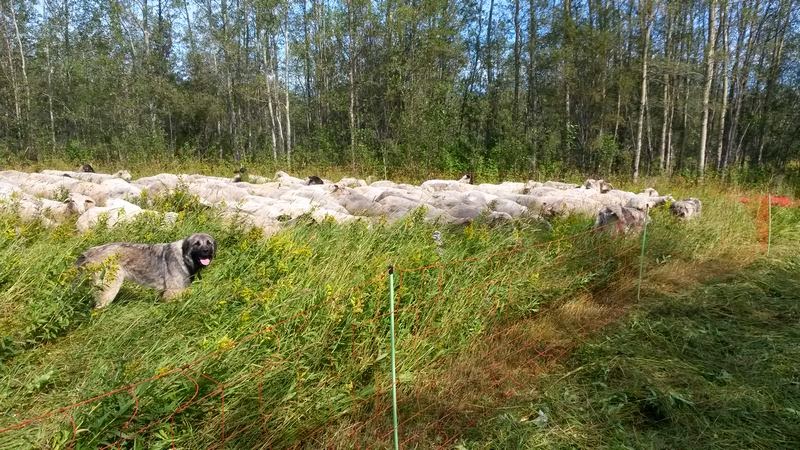 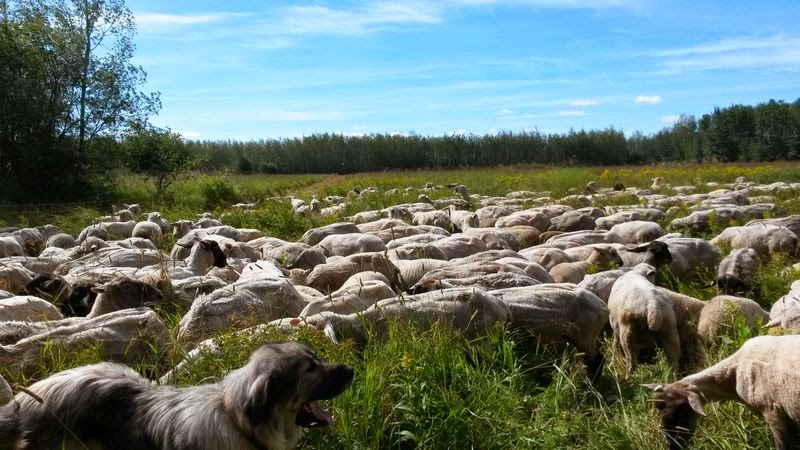 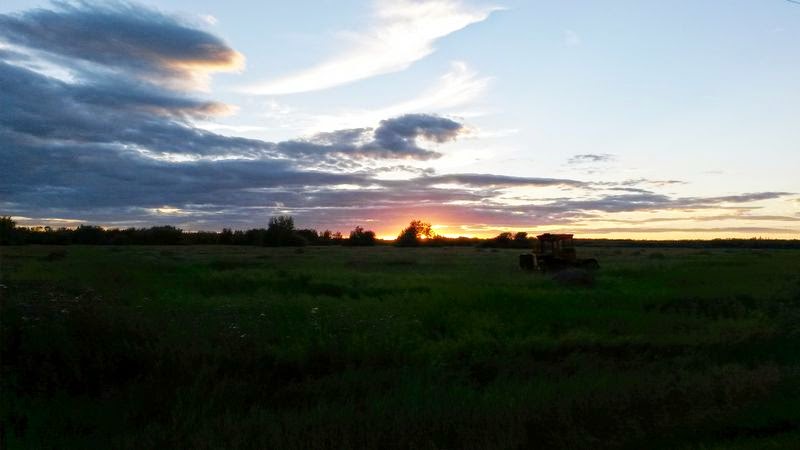